Romain Grosjean insists that the Haas VF-19 is still the benchmark by which other midfield teams should be comparing themselves in 2019.

That's despite a disappointing run in the last three races, including a very poor outing last weekend in Baku where neither Grosjean nor his team mate Kevin Magnussen were able to get their tyres into the right temperature window.

Haas were up to fourth place in the constructors championship after the season opener in Melbourne thanks to Magnussen finishing in sixth place.

But since then, neither driver has been in the top ten despite strong showings in Saturday's qualifying sessions in Bahrain and Shanghai.

As a result, Haas has now slumped to eighth place in the team standings. However Grosjean insists that's not a true reflection of the squad's potential.

"The baseline of the car is still the best in the midfield, to be fair," he said, following up on critical comments he made about the VF-19's tyre issues after the Azerbaijan Grand Prix.

"I believe downforce and so on is there," he continued. "But if you can't get the tyres to work, whatever you have, it doesn't seem to be working.

"I don't think it's [due to] downforce," he said when asked what he thought was at the heart of the team's struggles. "I believe we have more downforce than some other cars in the midfield. They can run the tyres, so it has to be somewhere else."

Grosjean said that he would be spending a lot of time this week in the team's simulator trying to get a handle on the situation. He also confirmed that Haas would be rolling out major upgrades for the Spanish Grand Prix.

"I'm going to try the update for Barcelona, it's quite a big one and hopefully it helps," he said. "But if we don't get the tyres in the window it's just pointless." 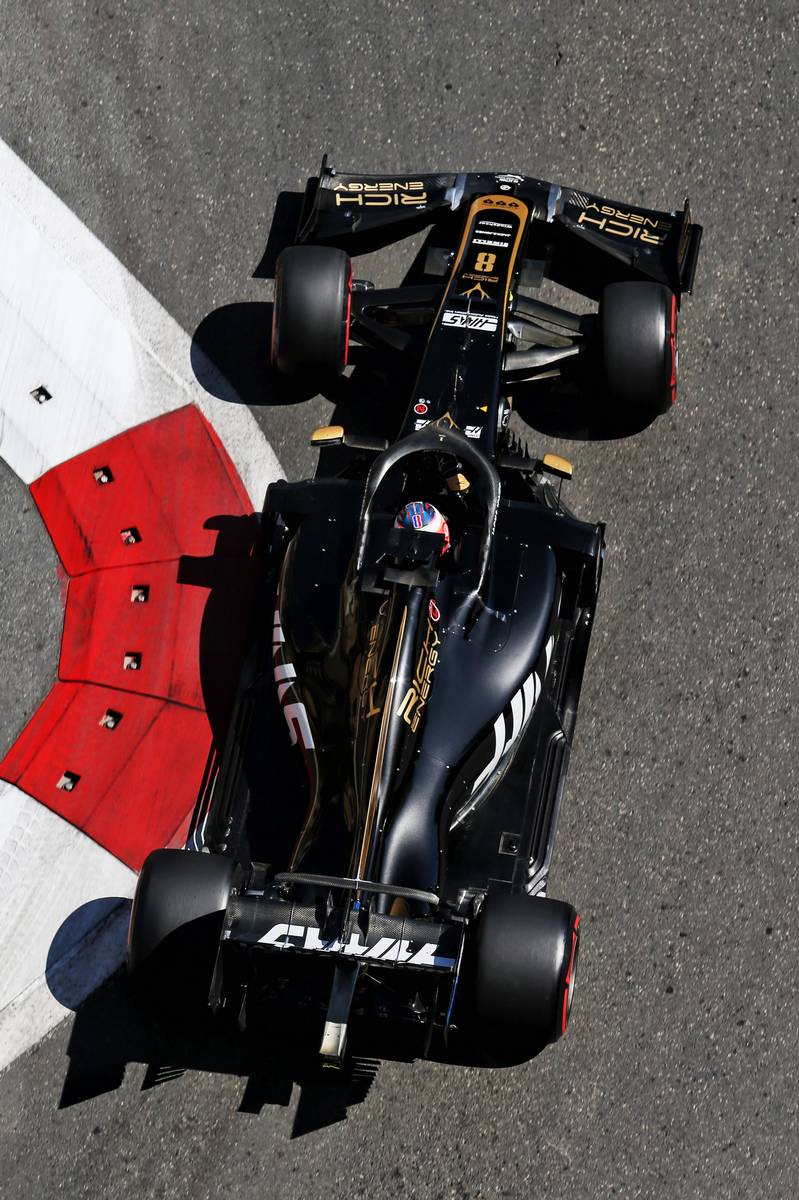 Team principal Guenther Steiner echoed Grosjean's comments about Haas still being one of the best midfield cars out on track at the moment, despite the poor showing in the last three races.

"It's still very close in the midfield," he told Motorsport.com this week. "Everybody is suffering the same problem one day or another, there is nobody who is completely in control.

"Renault will be scratching their heads as well," he suggested. "We have got the fastest [midfield] cars, but we are now at the back."

While it's still early days in the 2019 championship, and Haas is only ten points behind the team now in fourth place in the constructors standings, Steiner is all too aware that in Formula 1 a small gap today can quickly become an unbridgeable chasm tomorrow.

"A few points after a while is a lot," he acknowledged. "You need to be careful. You cannot be too positive about it."

Bottas hoping for 'quick' deal to keep him at Mercedes