Five races into the 2019 season, the German manufacturer already holds a 96-point advantage over Ferrari in the Constructors' standings, a lead it owes to a flawless clean sweep achieved in every single race so far this year.

The only uncertainty at the head of the field on Sundays appears to be the intra-team battle between Mercedes team mates Hamilton and Valtteri Bottas.

Red Bull team boss Christian Horner believes the championship is already Mercedes' to lose while the F1 fan community has also expressed its frustration with the sport's predictability.

Hamilton admits the lack of competition has taken a bit of fun and excitement out of the game, but Mercedes should not be held responsible for that state of affairs.

"Staying focused is pretty easy but it is not as much fun as when you are competing against another team - that is what F1 is about," Hamilton said.

"When you arrive and you are competing against other teams who are bringing their A game and you have another two drivers and that puts a spanner in the mix.

"When that is not there it is definitely a lot less exciting from a competition point of view, racing within a team...

"It's not how F1 should be, but it is what it is right now and it has been like that in the past. But it is not our fault these guys are good at their jobs." 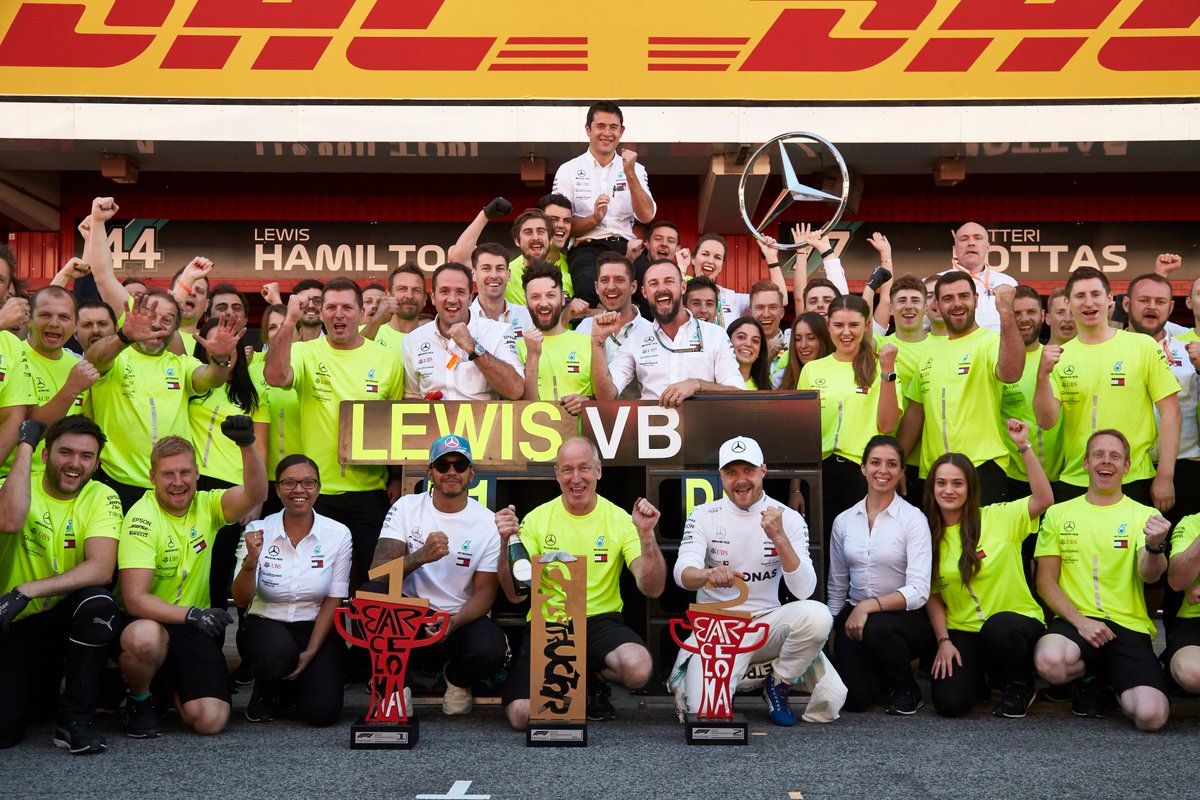 Despite the Silver Arrows squad's hegemony, Horner doesn't believe it can achieve a 100 percent win record this season.

"Twenty-one races to achieve 21 victories, you can never say never but it would be a hell of an achievement," said the Red Bull Racing chief.

But Hamilton wouldn't discard the realization of such an extraordinary accomplishment.

"Who knows? We definitely did not expect to come into the season winning the first five races, which is incredibly encouraging for everyone," said the Brit.

"Everyone is still pushing incredibly hard, which is still so great to see. It really is a phenomenal group of people. In the engineers' room, nobody is overconfident.

"We were just discussing improvements we could make and talking about how we could improve the car. They don't mind constructive criticism. They don't take it personally.

"I think this is the strongest team there is and has ever been and it would be hard to break that."

Fittipaldi: No issues jumping from DTM to 'agile and powerful' F1