Haas F1 drivers Romain Grosjean and Kevin Magnussen are both convinced that Haas still has the best car on track after the Big Three at the top.

Mercedes, Ferrari and Red Bull continue to be out of reach of the midfield teams, but of the remaining cars in 2019 Haas believes that its VF-19 is still the one to beat.

"I still believe we’ve got the fourth fastest car on the track," insisted Grosjean, who finished in tenth place in last week's Monaco Grand Prix.

Meanwhile Magnussen started the race from fifth on the grid but finished up outside the points. Even so, he remained just as confident as his team mate about the car's actual pace even if it didn't always look that way in the race.

"I still think we’ve got the fastest car of the midfield," he asserted, pointing out that both drivers suffered setbacks in Monaco from penalties handed down by the race stewards.

"Race pace is ultimately the points-paying factor, we need to focus on that," Magnussen acknowledged. "We’ve seen quite a few races this year where we’ve qualified well then didn’t score any points."

Both drivers benefited from a new-specification Ferrari power unit in Monaco, although the tight and twisty street circuit wasn't the best place to show off its performance.

That should be different in Canada next weekend where long straights on the Circuit Gilles Villeneuve will put the new engine through its paces.

"It was good to try the new engine [in Monaco]," noted Magnussen. "It looks like it’s a bit better and a good upgrade. Let’s see how it goes in Montreal with the longer straights."

“In Monaco, it’s very difficult to know what your engine’s doing, or what the power difference is," contributed Grosjean. "So I’m really looking forward to driving in Canada. I believe it’s a good step, and that should be clear in Montreal." 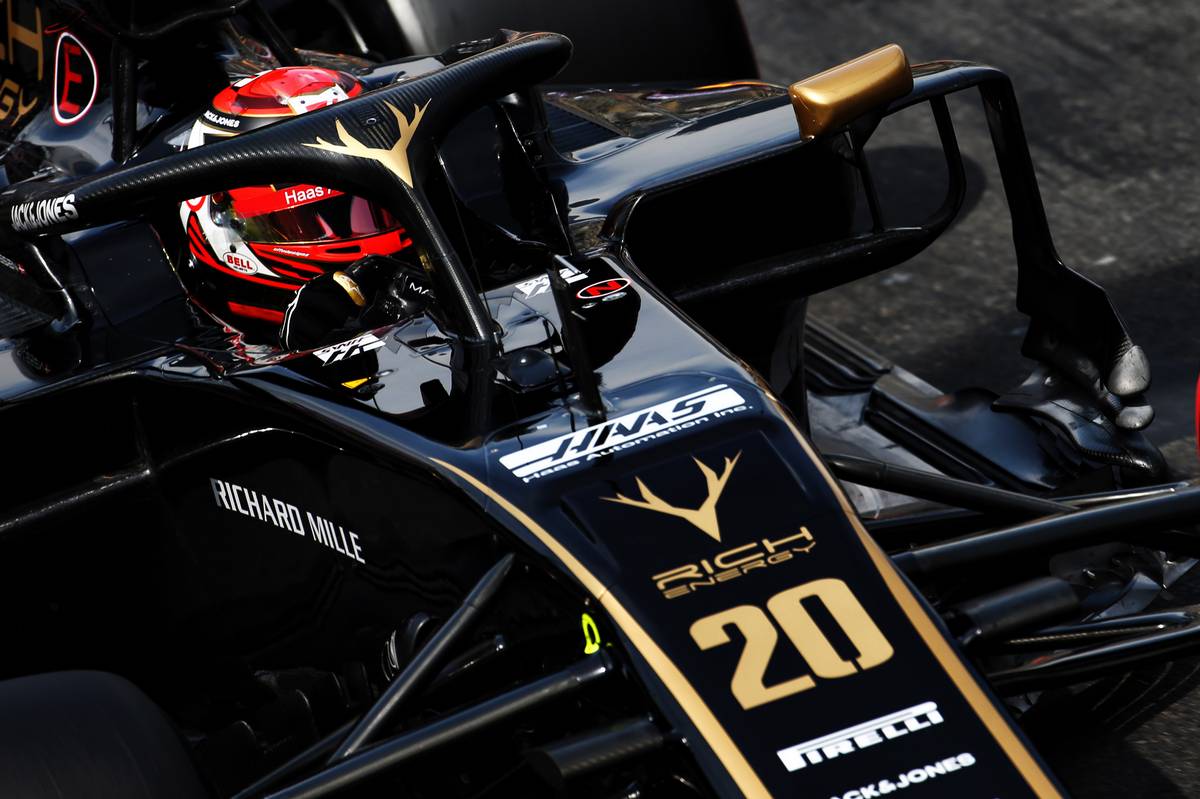 Overall, Grosjean and Magnussen both need to make headway in the championship. After six races in 2016, Haas is in equal sixth place on the constructors standings.

In the driver battle, Magnussen has the edge in eighth place with 14 points while Grosjean is 17th with two points, one apiece from each of the most recent two events in Spain and Monaco.

“The midfield this year is super, super tight," said Grosjean. "It’s very exciting. It’s a good challenge for the drivers. You’re pushing to the limit all the time.

"It would be nice if you were fighting for the win, or for pole position, but obviously the big teams are a bit too far ahead.

"We’ve got the potential of getting fourth place, but we need to put everything together, stop the small mistakes, and get those points going."

Magnussen on the other hand was less focussed on championship points.

"I don’t want to look at the standings too much at the moment," he said. "But we’re going to try hard to make it look a lot better for the end of the season.

"We’re making progress in all areas," the Dane added. "I’m looking forward to the rest of the season.”