Sebastian Vettel will start tomorrow's French Grand Prix from seventh position on the grid after a disappointing and perplexing final round of qualifying at the Circuit Paul Ricard.

Vettel was within 0.069s of Valtteri Bottas in Q2, but then suffered an issue when he came out for his initial push lap in the top ten pole shoot-out. It appeared to be an upshift problem, although the driver himself was less sure.

"Not really, I don't know what happened," Vettel told Sky Sports F1 after the session. "But I lost so much momentum that there was no point finishing that lap."

That meant he only enough time for one do-or-die qualifying run before the chequered flag - and it was only good enough to put him into seventh place on the grid. The resulting laptime of 1:29.799s was almost a second and a half off Lewis Hamilton's successful pole performance.

"The car was better than where we ended up," Vettel insisted. "I'm confident tomorrow we can recover.

"[It was] up and down. Some laps I felt really good, others I didn’t. In the end I didn’t get the best out of the car, which is not satisfying.

"It was difficult for me because some laps it was really good and it was just coming, and other laps - I don’t know why, but I didn’t have the grip that I seemed to have the runs before.

“Shame that it happened in Q3. It would have been better to be slower in the other segments, but that’s what it is today."

Vettel admitted that the upgrades to the front wing and underfloor of the SF90 that the team had brought to the track this weekend hadn't proved as successful as had been hoped.

"We reverted on most of them, " he said. "So obviously not the step that we expected. But tomorrow I think we have good pace to have a good race. Obviously Mercedes are far away [in front], but we should be in the mix with Red Bull."

Vettel will also have to find his way past two McLarens who start ahead of him on the grid after a particularly strong session.

But there's better news for his team mate Charles Leclerc who will startfrom third place, although he two was almost half a second slower that the two Silver Arrows on the front row. 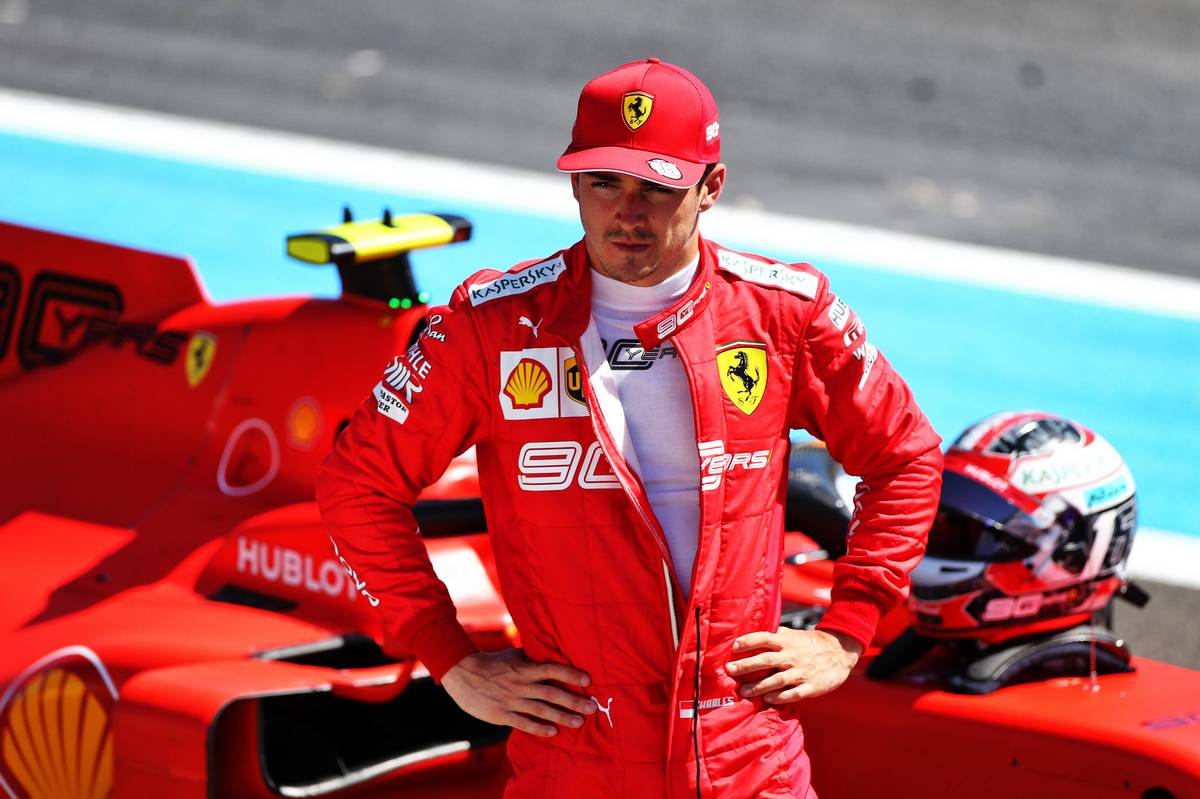 "Pretty happy with my lap," said the Monegasque driver. "Unfortunately today it was not enough. We need to keep working and I'm pretty sure we'll close the gap at some point, but today it was the best we could have done.

"In sector 1 or 2 we don't seem to be too far off, or at least during the weekend in FP1, FP2 and FP3," he mused. "But in sector 3 we are losing quite a lot actually, most of the time. We need to work on that, and try to understand where the issue is.

There did appear to be some renewed friction between the two Ferrari drivers during qualifying, with Leclerc twice asking the team pit wall to ask Vettel to speed up to give him enough space on track to put in a push lap.

But Leclerc said there was no question that he had been held up by the four-time world champion at any point.

"No, not at all," Leclerc explained. "The only thing is that I think twice - I can't remember when exactly - we were very tight on time to go through the finish line.

"That's why I asked the team to say to Seb to just push, because I would be very tight on time," he added. "That was the only reason. But no, he of course didn't compromise my qualifying."

Verstappen 'maximised' with fourth on the grid for French GP