Max Verstappen admitted that Red Bull couldn't have done any better than fourth place on the grid in Saturday's qualifying session for the 2019 French Grand Prix.

“I think we took the maximum result," said the Dutch driver afterwards. His best lap in Q3 clocked in at 1:29.409s which was a full second behind the pace set by pole winner Lewis Hamilton.

"After making some improvements to the car we had a good qualifying compared to practice," he said. "[But] my lap was not the best, because the car behaved a bit strange in the last two corners. We'll have to look at that."

Verstappen's time meant he was four tenths slower than the Ferrari of Charles Leclerc. However he felt that the gap between the two was not as big as it might have looked in qualifying.

"We could have been closer to Ferrari but my final lap wasn’t very clean"," he insisted, explaining that the gusty wind toward the end of the session had made an adverse impact on the RB15. “The cars are this year extra sensitive to the wind and that is not nice.

"During my first lap in Q3 I had a moment and that is not ideal. You just have to try and deal with it.”

That meant it had also been a very close-run battle with the McLaren drivers who locked out the third row of the grid. Verstappen ended up only nine thousandths of a second ahead of Lando Norris.

"It seems that McLaren is now very close to us," he admitted. "Normally we should be three, four tenths ahead of them. But we maximised our position and I am happy to be on the second starting row.

"We need a bit of luck [in the race] I think," he added when asked if a podium finish was still possible. "I do not think we can fight the Mercedes, but hopefully we can with the Ferraris.

"It will be tricky, but at least we start in a good position in comparison with Canada. We give it a good go and see where we end up." 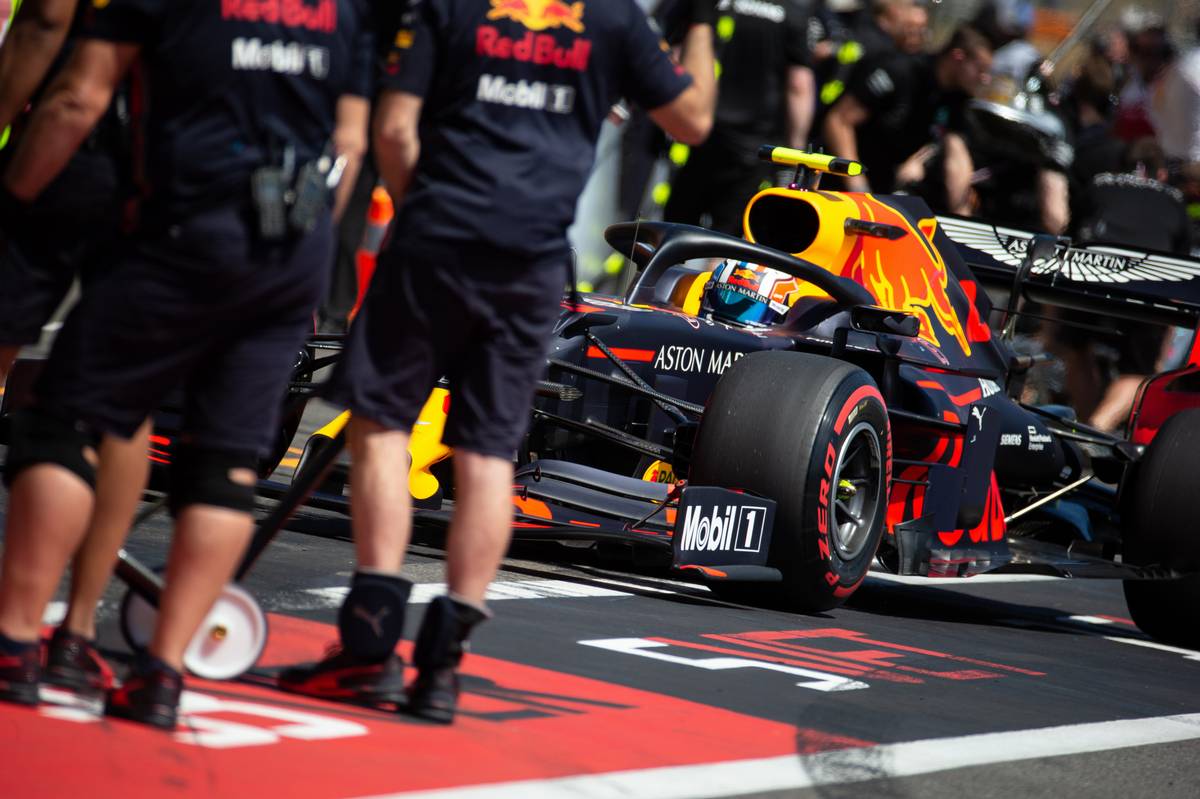 At least Verstappen will be starting the race on the medium compound tyres which should allow him to follow a one-stop strategy on Sunday. By contrast his team mate Pierre Gasly will start from ninth on the grid on soft tyres, meaning he will have to make a much earlier pit stop.

“It was a difficult qualifying overall," admitted the French driver. "We made some changes after [FP3] and qualifying was tricky as I struggled with grip.

"I’m quite disappointed with ninth because I think we clearly had more than that, but that’s where we are and we’ll have to fight tomorrow.

"We start the race on the soft tyre so we know it’s not going to be easy, but the long run pace was okay.

"We will have to look at the strategy and see what we can do to make these tyres last as long as they can so we can fight our way back and recover some positions. I’ll be pushing flat out.”