Daniel Ricciardo says that Renault should look at the progress made by McLaren for inspiration in this season's Formula 1 world championship.

Both teams use the same power units from the French manufacturer, but McLaren has been getting better and better in 2019 while Renault appears to have stalled.

In Austria, both McLaren drivers finished in the top ten despite Carlos Sainz being relegated to the back row due to grid penalties.

But neither Ricciardo nor his Renault team mate Nico Hulkenberg made it into the final round of qualifying, and they finished the race pointless in 12th and 13th places respectively.

That's despite the factory team arriving at Spielberg with new updates to the current R.S.19 chassis. When they failed to deliver, Ricciardo suggested that "something wasn't right this weekend" and said there had been a "fundamental" problem with the car.

Casting around for ideas, Ricciardo suggested that it was time for Renault to look at McLaren for a way forward.

"Looking at the McLarens, they're certainly the benchmark now," the Australian commented this week.

"They've really come on, and they're the ones with that kind of package that we're looking for.

"They're able to run more downforce and more efficiently," he explained. "They can run higher downforce, yet lose less in the straights.

"They're very fast at the moment," he added. "And part of me is actually happy that they are pushing the midfield forward.

"Obviously I'm not happy being beaten, but I think it's going to push us to a better level 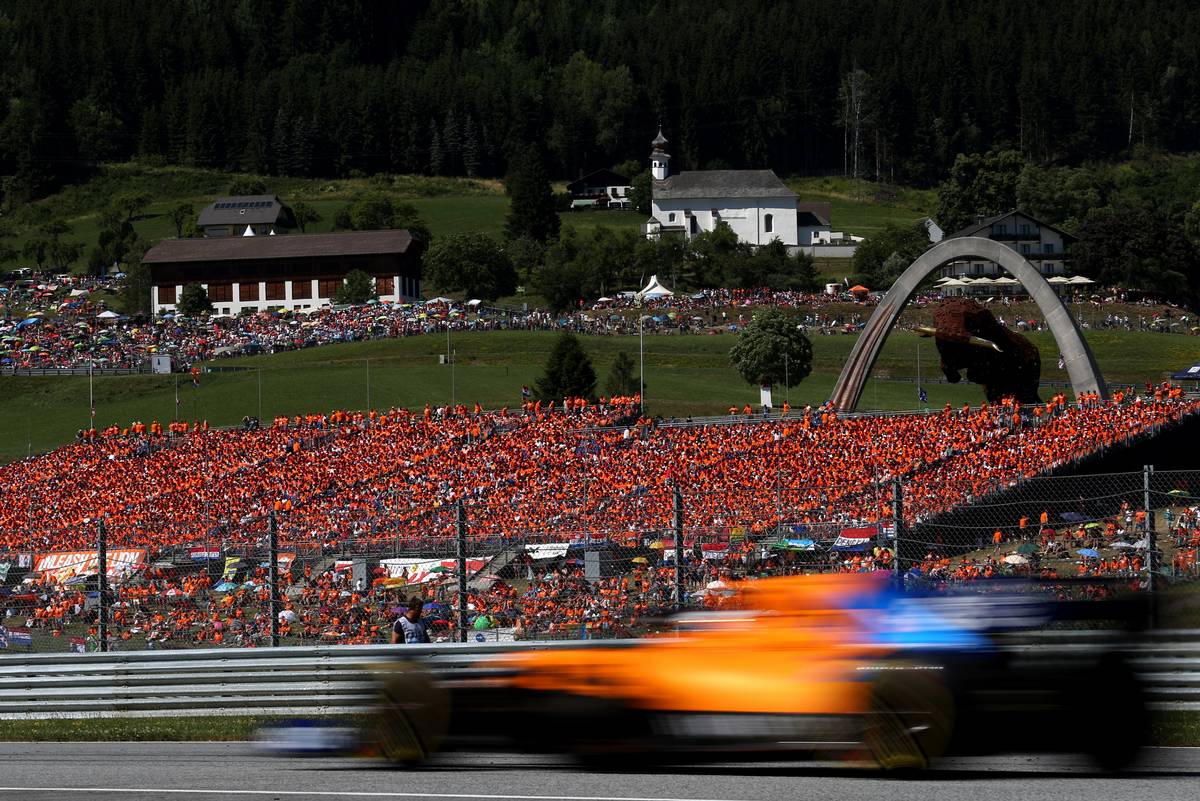 "It's going to force us to get a bit more out of ourselves," he suggested. "That's our target now, and we need to find a way to catch them."

Ricciardo compared the McLaren MCL34's current performance with that of its Renault counterpart.

"When we do run more, we don't seem to be able to use it well, so that's something," he said.

"Whether that goes back to correlation in the wind tunnel, all these things, I guess all that's going to be addressed.

"But, absolutely, something isn't adding up," he said. "The team has invested a lot, and I guess the value for money is not coming yet."

The fact that both teams use the same power unit makes such direct comparisons possible between the two teams, and Ricciardo said that was a positive as far as he was concerned.

"It doesn't leave us any excuses," he told Motorsport.com. "It shows that there is room to improve on the chassis, and the package.

"It proves it can be better, so we can find a way."

Williams 'seeking to switch to Renault engines in 2020'