Daniel Ricciardo says that his new team Renault could be doing a lot better than they currently after - and will do, with a little more self belief and better execution at race weekends.

At the moment, the French factory team is in sixth place in the constructors championship, just behind Toro Rosso and uncomfortably far off McLaren who are currently fourth in the standings.

Ricciardo himself is 11th in the drivers championship, with his team mate Nico Hulkenberg a further five points and three three places behind. It's not where the team hoped or expected to be, but Ricciardo is confident that it's not a true representation of the team's current form.

"I still believe that we have got all the tools and the car underneath us to be getting the results that, say, McLaren are getting," the Austrialian said before the summer break.

"Everyone I feel has just been executing a bit more frequently than us," he told Sky Sports F1. "I think at the moment they can probably execute on a few more tracks than we can.

"But I feel like when we start the weekend on the front foot we are normally ending there," he insisted. "It's probably just understanding a bit better to starting position and having a bit more confidence in ourselves.

"Just keeping the confidence and spirits up in the team because I think we are good enough."

He pointed out the team's fumble in the first round of qualifying in Hungary which resulted in him missing out on a second flying lap, which cost him a chance of progressing to Q2 and resulted ina back row starting position.

"After a weekend like [Hungary] part of me is like, when it does come good you'll remember these weekends and remember this feeling," Ricciardo said. "That's then what makes the success - or the good weekends - sweeter."

"Just trying to work through this period I think the summer break has come at a good time and recuperate," he added. "I think we've got it in us to make the second half of the season better, so we'll try and do that."

But he admits that the team will have be make bigger steps and be bolder if it wants to recover from its early fallow period in 2019. 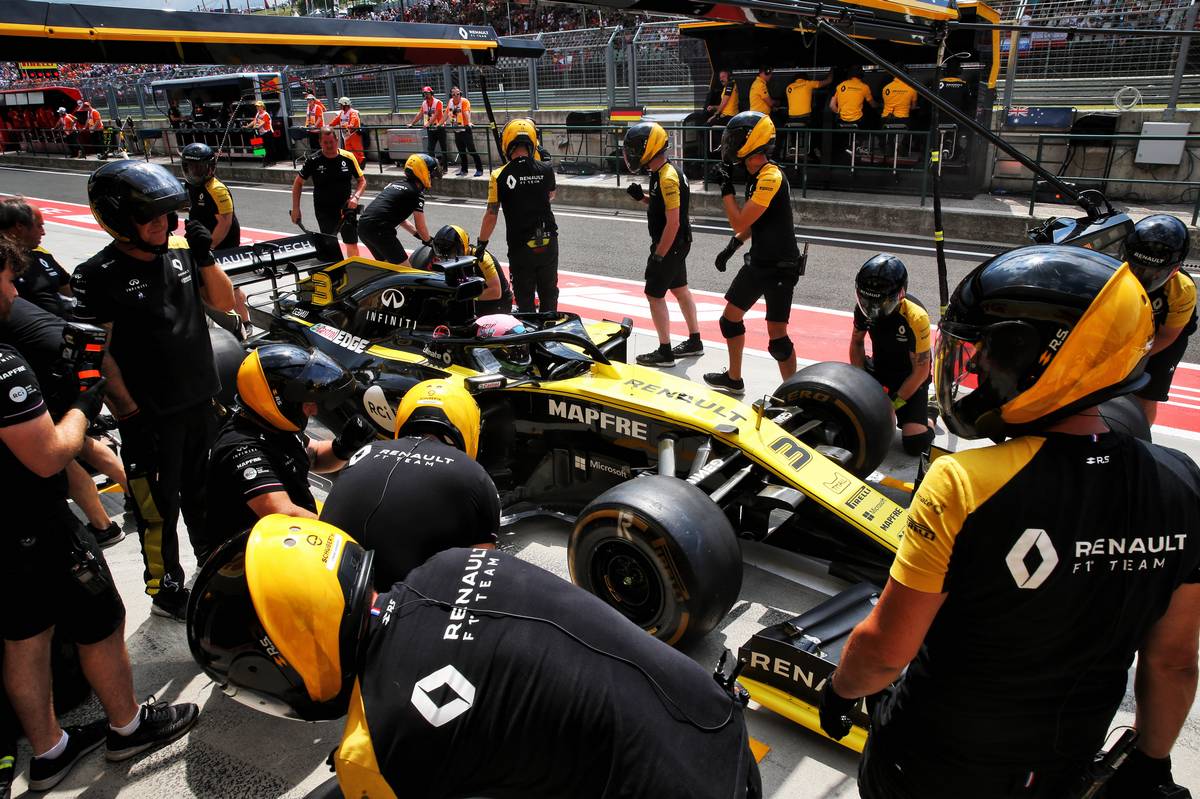 "Obviously I hoped for more, but I knew it wasn't going to happen like this,” he admitted. "I'm not down or anything because, again, I would hope that we would be doing better.

"If I look at Canada, the qualifying, I'd actually say that exceeded probably some expectation in the first few races.

"But then obviously some other races like Austria, that was lower than our expectations,' he acknowledged. "So we bounced around in between everything really.

“Up until now, let's say I'm somewhere in the middle with expectations. But I would now expect the second half of the season to have some more regular top six finishes, whatever it is.

"Now at this halfway point I think we could say, alright, we need to do better. If we want to be on target for podiums in 2020, we need to start making bigger steps for the second half of the year."

"I knew that it was going to take some time," he said. "[But] if we stay where we are now to the end of the season, then that's lower than what we expect.”

Alfa Romeo line up Calderon and Correa for F1 test