Formula 1 has released its 'bursting at the seams' 2020 calendar which will include a record 22 races and two new venues.

The schedule will kick off on March 15 in Melbourne and conclude on November 29 in Abu Dhabi.

Hanoi in Vietnam and Zandvoort in the Netherlands - an F1 returnee rather than a new track - have been allocated early spring dates, with the former race taking place on April 5 and the latter on May 3.

The Italian GP at Monza is on the docket although the event's promoters have yet to formalize their agreement with F1.

Hockenheim however has predictably disappeared while Barcelona has survived to host F1 for another year.

Boosting the sport's agenda from 21 to 22 events required a fair amount of tweaking and has led to no less than seven double-header weekends!

Sakhir will follow Melbourne at the start of the season, Barcelona will follow Zandvoort in May, Azerbaijan and Canada will take place in June just one week apart, as will France and Austria, Belgium and Italy, Singapore and Russia, and the USA and Mexico.

Liberty Media, F1's commercial rights holder, had to seek permission from teams to boost the calendar beyond its authorized maximum number of 21 races.

Teams obviously profit from the raise as an extra race brings in additional revenue. 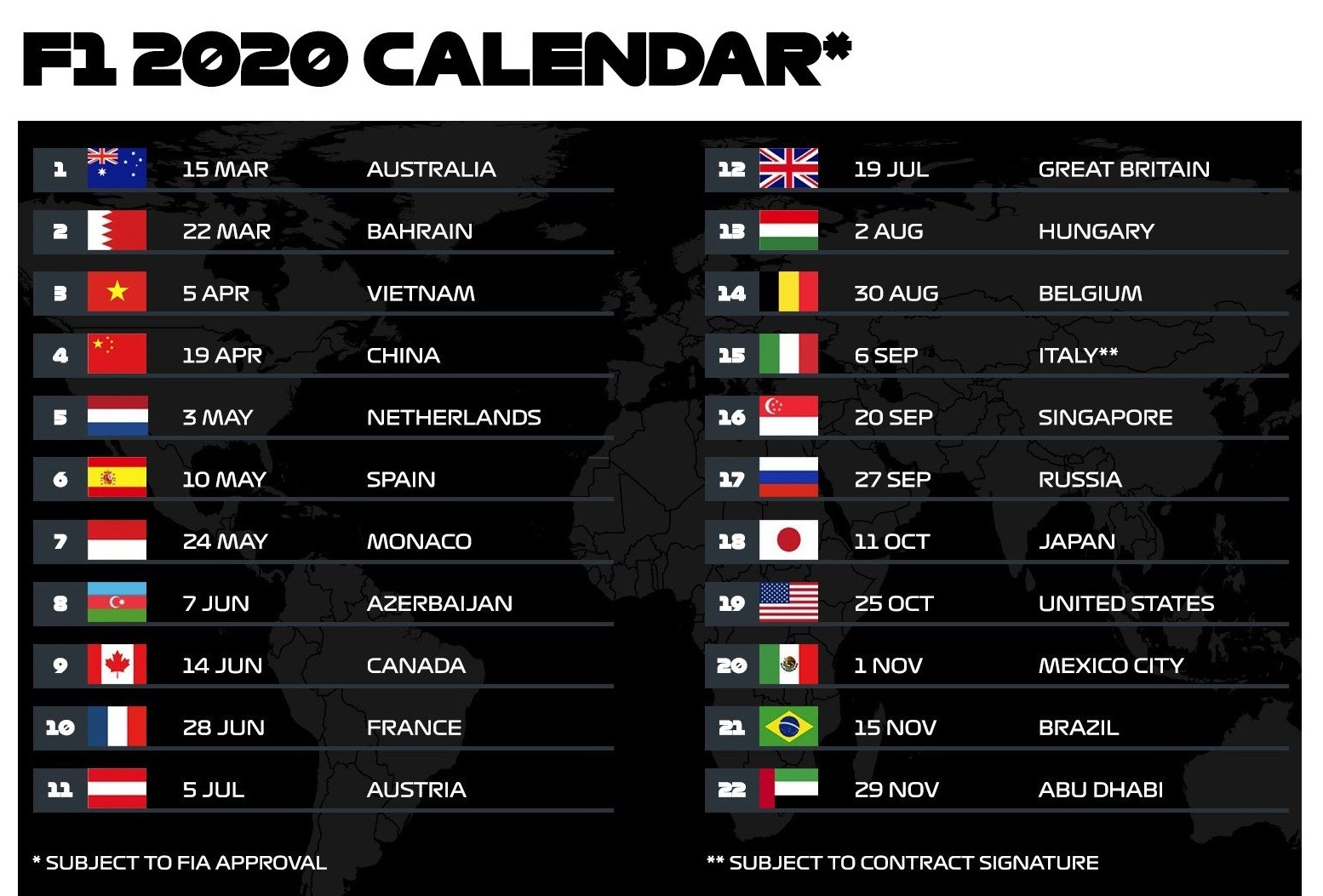 Vegan Hamilton puts his money where his mouth is… literally!