Daniel Ricciardo says Renault's 2020 contender will follow a whole new "aerodynamic philosophy" as its current car reaches the limits of its potential.

Renault's 2019 campaign hasn't lived up to team or driver's expectations, with reliability issues undermining the French squad in the opening few races while the level of performance of its RS19 chassis kept its drivers from competing at the head of the midfield thereafter.

Progress has materialsed however, with Ricciardo and teammate Nico Hulkenberg finishing fifth and sixth last time out at Monza, where the Aussie qualified fourth, a result that equaled his achievement in Q3 in Canada.

However, the performance underscored the improvements accomplished by Renault's engine department in Viry-Châtillon rather a gain on the chassis front.

Ricciardo believes Renault's engineers have likely extracted as much as possible from the team's RS19.

"It seems when I speak to the team, the base of the car, the fundamentals, the base direction, has limited us," said the Aussie, speaking to the BBC's Andrew Benson.

"So we developed it a little bit but it's reached, I don't want to say its peak, but it can't really be developed that much more with this philosophy."

For Renault, bringing its chassis up to the level of its improved power unit will therefore require a change of direction on the design front for 2020.

"So, as far as now looking at next year, it seems like they want to change the whole aerodynamic philosophy of the car.

"Instead of focusing on this part of the car, say the middle part, and trying to generate as much downforce in the middle, it's like, no, we need to focus on the front.

"It seems like it might be more difficult at first, but in the bigger picture we'd be getting more downforce 'points', as we call it, from that." 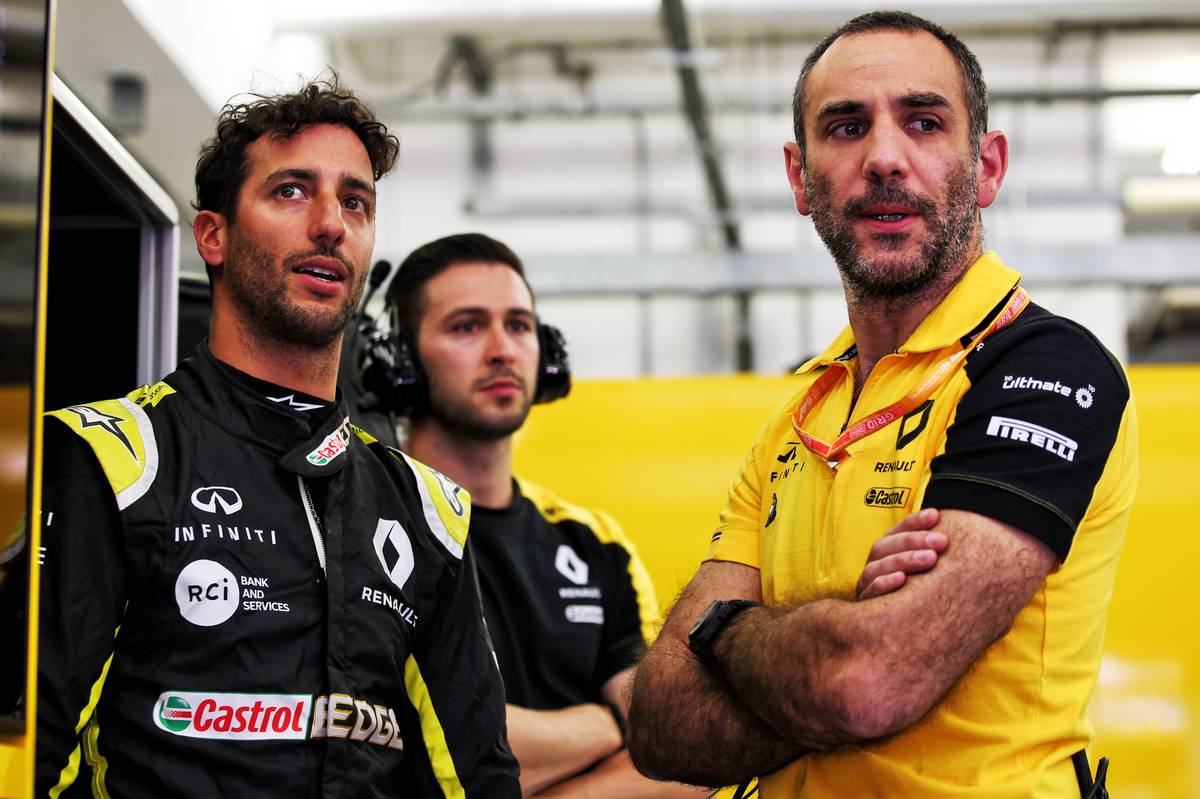 The success of the French manufacturer's future design will no doubt condition Ricciardo's own prospects post-2020, although the 30-year-old - whose two-year deal with Renault is worth over $55 million - insists he isn't making any projections.

"I definitely haven't made any decisions yet," said Ricciardo.

"I haven't had this discussion with Cyril. I don't want to speak for him, but he's frustrated with this year.

"I think part of him feels like - I don't want to say [he feels] he's let us down, but we did expect to do better.

"When we chatted last year, there were higher hopes for this year.

"We're confident next year is going to be a lot better, but he's thinking probably: 'If it doesn't go [better], why would Daniel want to stay?'

Mercedes left 'not satisfied' by Spa and Monza defeats - Wolff