Renault F1 team principal Cyril Abiteboul says that Formula 1 needs to start planning for a major overhaul to its engine specifications, to keep the sport in line with the current direction of the automotive industry.

That risks leaving F1 looking like a relic of the past if it doesn't make the same change, according to Abiteboul.

“If I look the pace at which the world is changing, in my opinion, there is a huge risk that F1 will be left behind,” he said last week.

"The world is moving at a very fast pace, and we have to be very careful not to be left behind the road car industry.

"Things that people are saying today, they would not even have considered six months ago. Ferrari talking about a full-electric car!"

Formula 1 engine rules are currently based on V6 internal combustion engines augmented by energy-saving hybrid units. While the rules will be tweaked in 2021, the next major overhaul isn't due until at least 2024 with implementation expected in 2025 or 2026.

"It’s seven years from now, it seems super far," Abiteboul admitted. "[But] I’m thinking not just for myself, I’m thinking for F1 as a community.

“Basically what that means is I’m trying everything I can and urging everyone to fast track the consideration for a new power unit," he continued.

"Probably that would mean at some point slowing down the investment in the internal combustion engine, and increasing development towards the electric parts.

"Maybe [we should] also consider new sources of energy, like the fuel cell or things like that, which will probably be the future of F1." 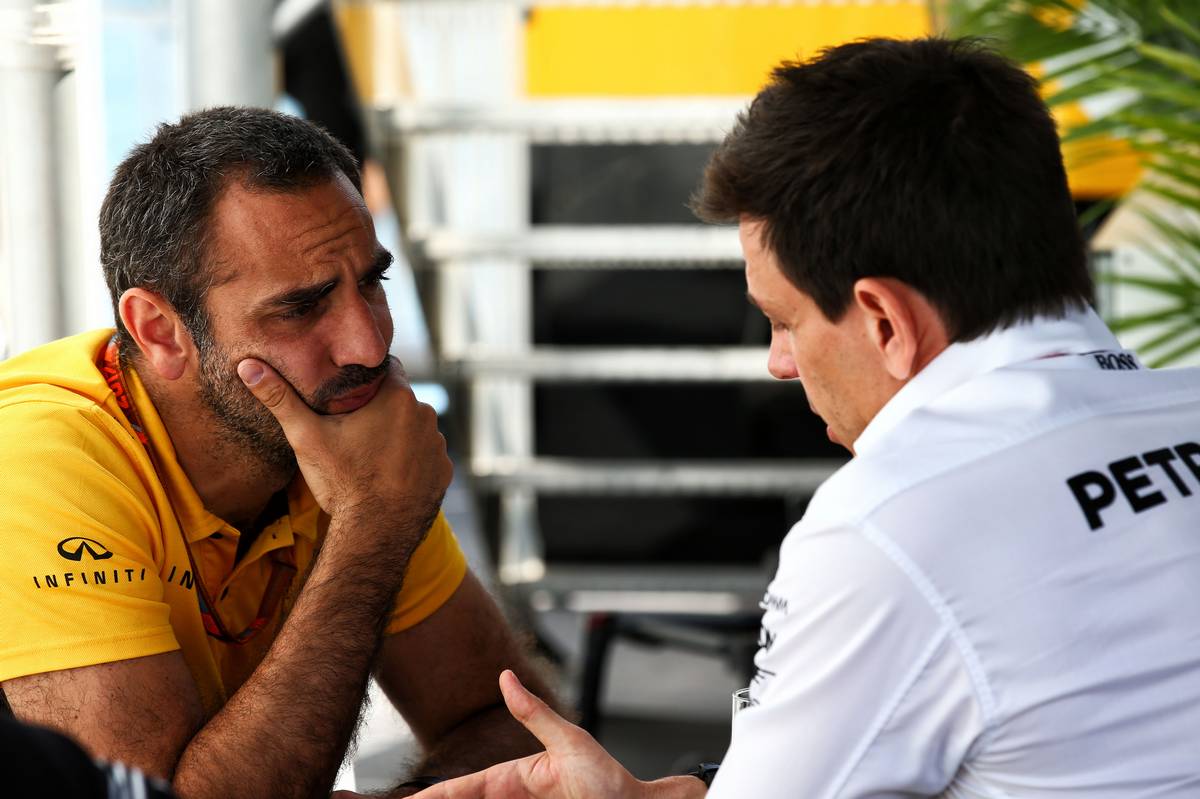 The problem for F1 is that the sister Formula E championship already dominates the all-electric arena and effectively has a 'non-compete' clause for the immediate future.

Mercedes has just joined Formula E as a manufacturer, sparking rumours that the team's parent company is already pivoting from traditional ICE technology toward electric cars

Rumours that Mercedes may even be considering phasing out its participation in F1 as a result have been denied, with team principal Toto Wolff speaking up in favour of evolving the current engine regulations instead.

"It's a very efficient hybrid power unit," he asserted of the current specification. "We are just not good enough at transporting that to the world, but it is.

“From a cost perspective we would be keen, together with the FIA and Liberty, to keep the current formula," he added. "It’s not easy [to make big changes] without having additional costs related to it.”

But Wolff conceded that major updates to the technology were inevitable, and were needed sooner rather than later.

“We have to ask ourselves the question as PU suppliers, what is the vision for the future Formula 1 engine?

"We are looking at the vision engine for 2025 and how that could look," he said. "The question is, do we need to bring that forward?

"Because the world is moving faster than in the past, and this is a discussion we need to have.” 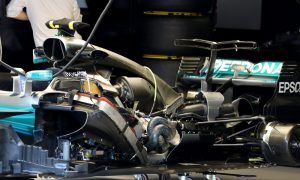