Sebastian Vettel suggested that Mercedes were fortunate with their choice of strategy in Sunday's Mexican Grand Prix, which saw Lewis Hamilton clinch victory despite a strong challenge from Vettel.

"I think they got a bit lucky," said the Ferrari driver after the race. "Second, they just had more speed.

Vettel and Hamilton clashed in the run down to the turn 1 at the start, and Hamilton then made contact with Red Bull's Max Verstappen which dropped him down the order.

But after pitting on lap 23, Hamilton then made an extended run to the finish on a single set of hard compound tyres - which proved a winning strategy.

“Speaking to them after the race they had the two-stop as their preferred strategy," said Vettel, who also went for a one-stop approach but waited until lap 38 before coming in.

“We expected the tyres to hit a cliff, but for him it was fine [even though] he had significantly more laps on them," he explained.

"Lewis was just cruising for most of the second stint to the point where the pack was arriving, and I guess he had enough tyres left."

But Vettel resisted the idea that Ferrari had once again missed out due to race mismanagement, and said it was a different calculation for him and team mate Charles Leclerc starting on the front row than it was had been for Hamilton.

"Lewis had nothing to lose so he might as well try and it worked for him," he told Sky Sports F1.

"Finishing third or fifth in the end is not a big difference, but if it allows you to jump to first then you are the winner - so you give it a go." 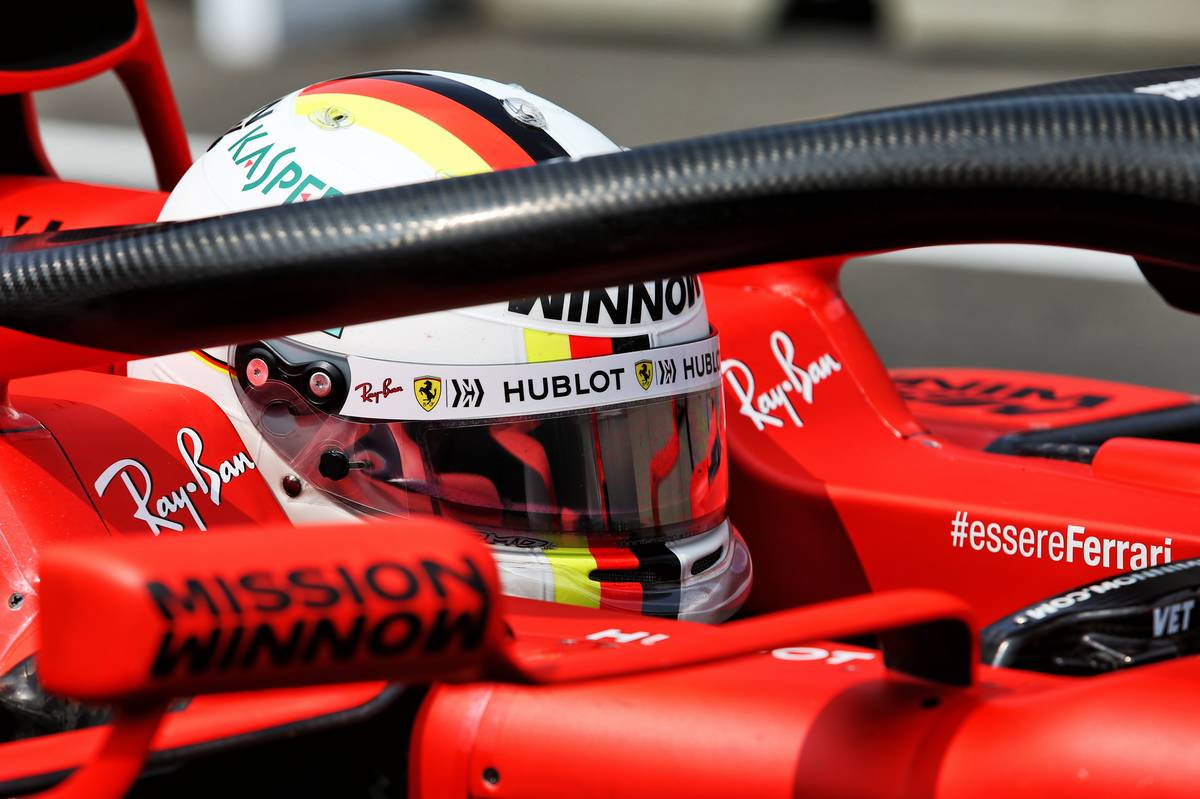 Vettel emphatically resisted suggestions that Ferrari had been caught out by playing it too safe on Sunday.

"We are taking risks, but there is no point being stupid," he said. "If you start on the front row you’re fighting for victory, so in the end I think we sort of did, but not quite enough.

"With hindsight you’re always a little bit smarter," he sighed. "There are these days where it pays off, but certainly it was not all knowledge.

"It worked for them from a strategy point of view, and second they had the speed as well.

"Ultimately if you’re fair I think we didn’t have the speed to force the victory despite the strategy," he admitted. "So really we didn’t get beat in strategy terms."