Alex Albon hopes that starting his US Grand Prix on the soft tyre will boost his launch off the grid, but the Red Bull rookie will be wary of carnage occurring at COTA's Turn 1.

Red Bull Racing will be the first team on the grid starting on the soft compound, with Mercedes and Ferrari drivers all shod on the medium rubber.

Max Verstappen will line up third on Sunday's grid with Albon three spots behind the Dutchman in sixth position.

"We’re the first to start on the soft tyre tomorrow so hopefully it gives us a launch advantage and we can overtake a couple of cars into Turn 1," the rookie said.

"We just need to avoid the carnage and then hopefully we’re in the fight."

The British-Thai racer was satisfied with his performance in Saturday top-ten shootout despite having his best effort deleted by the stewards for exceeding track limits at the now infamous Turn 19.

"In the end I’m quite happy and I think we did a good job in qualifying had it not been for my mistake on the last lap.

"FP1 was pretty good but I struggled in FP2 and FP3 which were two difficult sessions. I found the rhythm again in qualifying and I was three tenths up on my final Q3 run before I ran wide and got my time deleted. 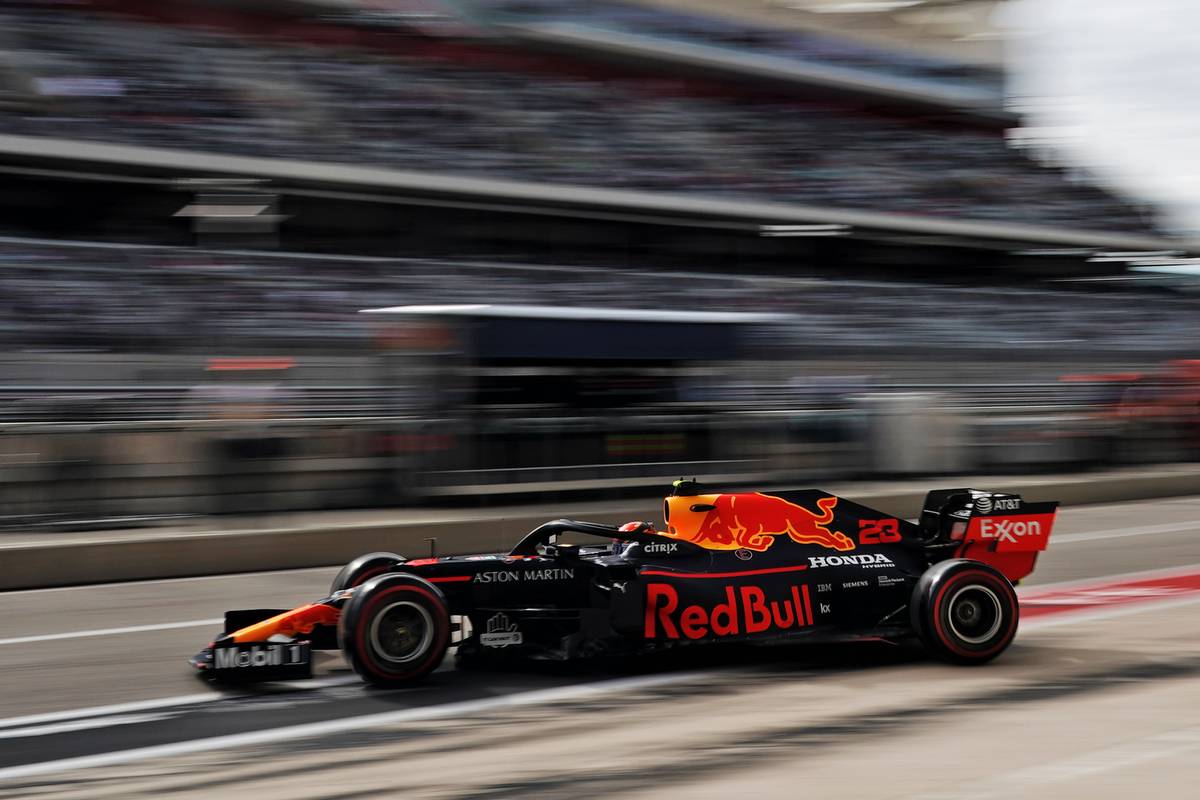 "I think as drivers we prefer circuits that don’t allow you to break track limits because if there’s something there to stop you, it will.

"It was my last lap in Q3 where you’re always pushing for an extra couple of hundredths and it was one of those things.

As for his prospects in the race, Albon believes strategy and tyre management could prove handy as usual.

"I think our race pace is always pretty good and let’s see what the weather does," he said.

"If it’s warmer than today, my tyres will degrade quicker but then the others will have to two stop, so let’s see what happens!"

Hamilton claims Ferrari has lost 'a bit of power' in Austin

Austin Speed Trap: who is the fastest of them all?