Austin's Circuit of the Americas has more fast corners than Spa and more slow corners than the Hungaroring, a blend that somewhat compromises top speed numbers.

While not a power thirsty track, Austin still includes two long straights that showcase an engine's might clout and muscle.

Cue Ferrari at this point you say? Well, yes and no.

The publication by the FIA on Saturday morning of a technical directive that clarifies a query from Red Bull on a potentially illicit fuel flow system that would help boost an engine's output, has many people believing that Ferrari - who may have been using such a system - has conveniently lost power in Austin.

Interestingly, the Italian outfit's drivers weren't among the fastest cars in a straightline on the back straight at COTA, that feat achieved by Pierre Gasly's Honda-powered Toro Rosso.

However, as one can see below, Sebastian Vettel and Charles Leclerc did top the speed trap readings in qualifying on the main straight.

So, are the suspicions directed at Ferrari based on fact or fake news? That question may never get an answer… 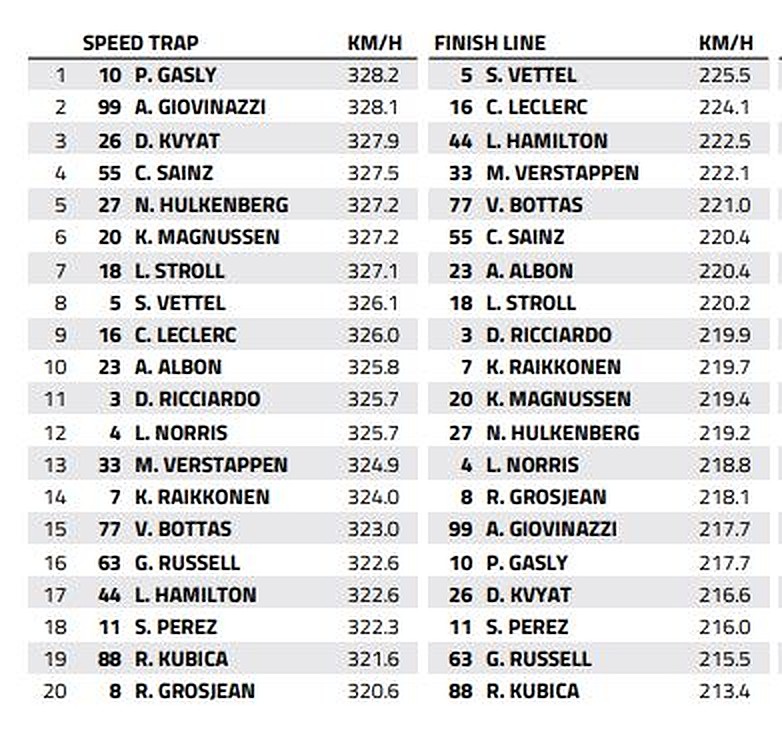 No retirement in sight for the good Dr. Marko