Pierre Gasly's performance as 'best of rest' in qualifying at Interlagos put a smile on the Toro Rosso drivers face and offers an opportunity to deliver a solid bag of points to his team on Sunday.

While his team Daniil Kvyat failed to make the Q2 cut, Gasly cruised without any drama through qualfying's first two segments before banging in a time in Q3 that put him P7 and at the top of F1's midfield.

The Frenchman credited his team for supplying him with a competitive car on Saturday afternoon.

"Really happy with today, P7 is the best we can expect, so it's our small pole position for the midfield teams," he told Sky F1.

"I've felt good in the car all weekend, the team managed to give me a really competitive car and I think we can be pleased with the result today."

From the outset, Gasly's game plan involved avoiding traffic as much as possible around Interlagos' short 4.3 km track, a difficult task he admitted.

"I tried to avoid the traffic which was more or less impossible in quali," he said. "We tried to do the best we could, the pitwall managed everything pretty well to put us in that position in Q3.

"It wasn't easy, it was really tight between us and the midfield, but the team did a really good job."

Indeed, while there was almost a second between sixth-place contender Alex Albon and Gasly in Q3, the spread was only 0.017s between the Toro Rosso charger and Haas' Romain Grosjean who qualified 8th. 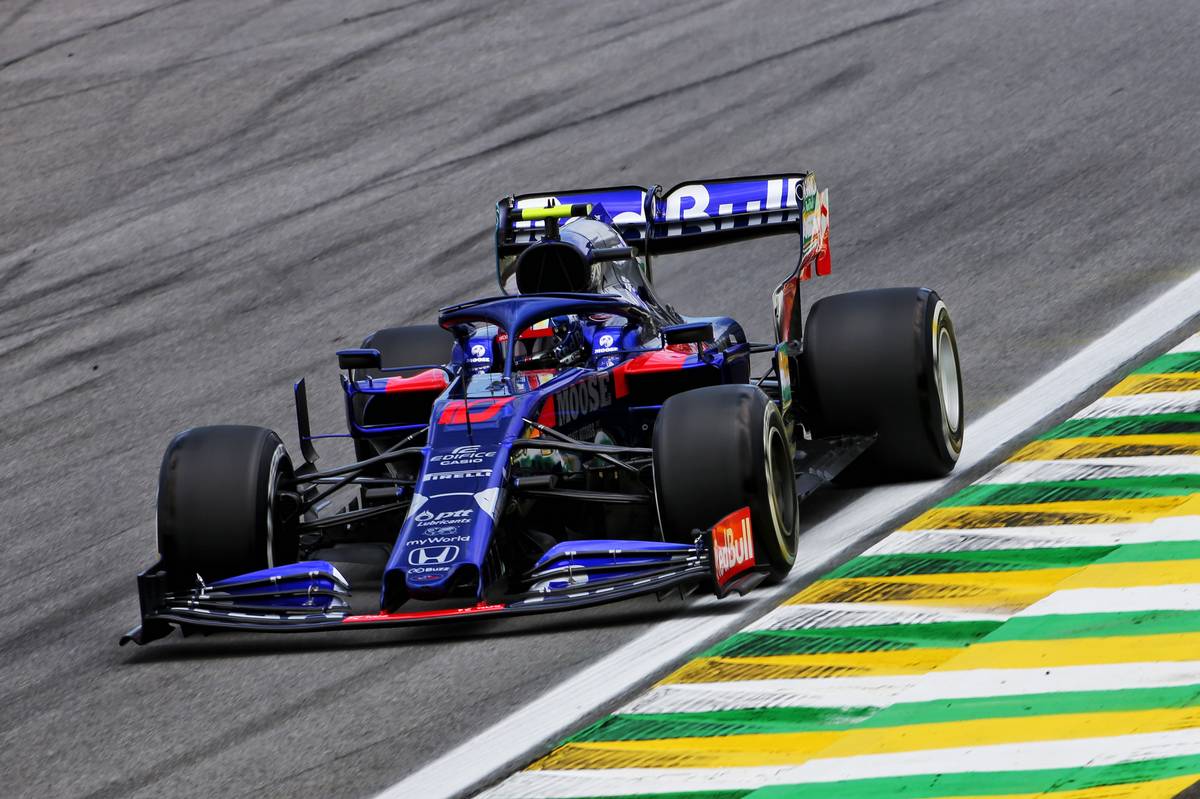 With the midfield so tight, Gasly insisted that only a perfect lap allowed him to gain an edge.

"You need to nail everything, it's so tight here like a few hundreds can make you win two or three positions.

"It's really difficult like every weekend but today the car was great for me, I felt comfortable and managed a good lap."

Thanks to Charles Leclerc's grid drop, Gasly will launch his race from the outside of the third row and seize any opportunity that may come his way although he admitted his race pace was a bit of an unknown quantity.

"Starting from P6 I think we'll have an opportunity for sure," he added.

[Regarding] the race pace, I have no idea because we had a small issue yesterday, so we don't have much data.

Verstappen: 'We will try to finish it off' on Sunday

Hamilton admits Mercedes is down on power in Brazil