It's been a tough time for the Haas F1 Team since the summer break, with Romain Grosjean and Kevin Magnussen seemingly sinking further and further down the running order with each race.

But the American squad found something of its previous form this weekend in qualifying at Interlagos, with both drivers making it through to the final round for the first time since Spain back in May.

Grosjean will start from seventh place on the grid and Magnussen will line up in ninth after both drivers gained a bonus position as a result of an engine change penalty for Charles Leclerc which drops the Ferrari out of the top ten.

“It was a brilliant job by the team," said a delighted Grosjean. "Having both cars in Q3 is unbelievable.

"Tomorrow might be a different day, but that doesn’t matter, we’ll take the pleasure from today," he continued. "I’m happy for the team, it’s a brilliant job from everyone.”

The success had been a particular surprise given that neither car was in the top ten in Saturday morning's session.

"We didn’t really get to show the speed we had in final practice," acknowledged Grosjean. "I had confidence that we might be around P11. 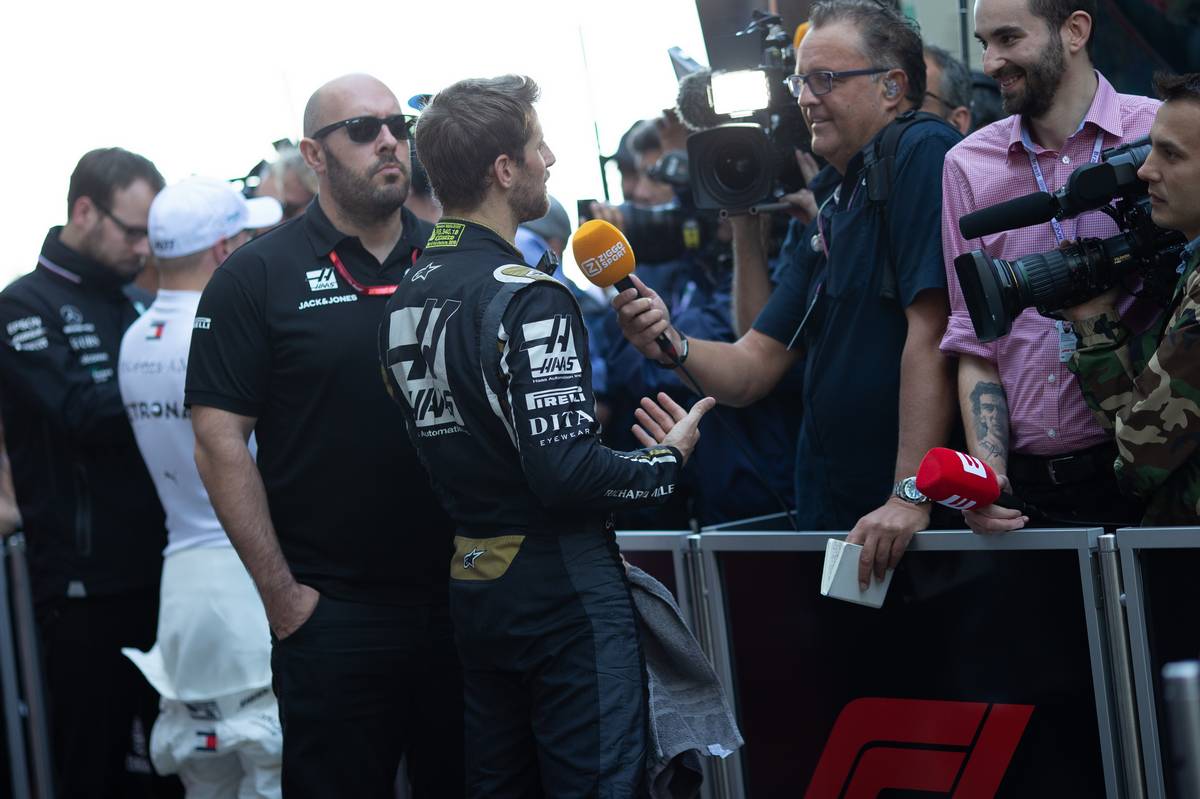 "We were only two-hundredths of a second off being best-of-the-rest," he pointed out, after narrowly failing to catch Toro Rosso's Pierre gasly for sixth.

Magnussen was also pleased to have something to show for his efforts ahead of what will be his 100th Grand Prix appearance since his debut in Australia in 2014 with McLaren.

“It’s good to have both cars in Q3 again," having not made the final round since Belgium in September. "It looks like we might have something to fight with this weekend, which is really good.

"There’s nothing to be disappointed about from today," he enthused. "The circuit and conditions were right for our car.

"It’s been very up-and-down all the way through the year, so it’s not a surprise that we can do this."

However, this year the team has struggled to maintain its momentum in race trim, and the Dane acknowledged that this was a concern again in Brazil.

"I’ll be more surprised if we can finish it off tomorrow, we know we struggle a little bit with tyre management in the race," he said. "[But] we’ll certainly be giving it our all.” Torday's performance was warmly praised by Haas team principal Guenther Steiner, who certainly needs a boost after their recent struggles.

"The whole team and the drivers did a great job to get everything out of the car," he said. "It was a fantastic execution of a qualifying session with some fantastic drives.

"It’s good for the team, everyone’s worked hard for this, and we never give up. We keep on fighting and today we’ve had a good result.

"Hopefully, tomorrow we can do something. For sure, we’ll be trying!"

Despite today's welcome success, Haas still faces an uphill battle to avoid finishing the season in ninth place in the constructors championship. With two races remaining, the team has 28 points and needs seven to catch Alfa Romeo.

Kevin Magnussen has a chance of overhauling Lance Stroll for 15th place in the driver standings, but Grosjean is 12 points behind his team mate.