Sebastian Vettel says that winning in Formula 1 and fearing an internal rivalry, such as he's encountered in the past with Daniel Ricciardo or currently with Charles Leclerc, are two things "that don't go together".

Vettel was under massive pressure from up-and-comer Leclerc in 2019, the four-time world champion beaten in the world championship standings by the Monegasque who also led the team's internal stats with two wins versus a single victory for Vettel, and a 12-9 qualifying record in favor of Leclerc.

Vettel's predicament this year wasn't unlike 2014, when he was beaten on all metrics by Red Bull teammate Daniel Ricciardo and left the team at the end of the season to move to Maranello.

Is there a problem for Vettel when a teammate turns up the heat?

"I don't see it that way at all," the 32-year-old told Motorsport-Magazin's Christian Menath.

"I understand that people refer to 2014. I lost to Daniel, but I also know that in 2014 some things did not go as we hoped they would.

"My primary goal in 2014 was not to target a podium or to finish fifth. My goal was to win races.

"Perhaps my attitude at that time was slightly different from Daniel's, but beyond that, 2014 was not a great year.

"I don't want to say that I was out of luck. But I was let down a few times, the car didn't work as it should and so on. That may distort the picture and the numbers." 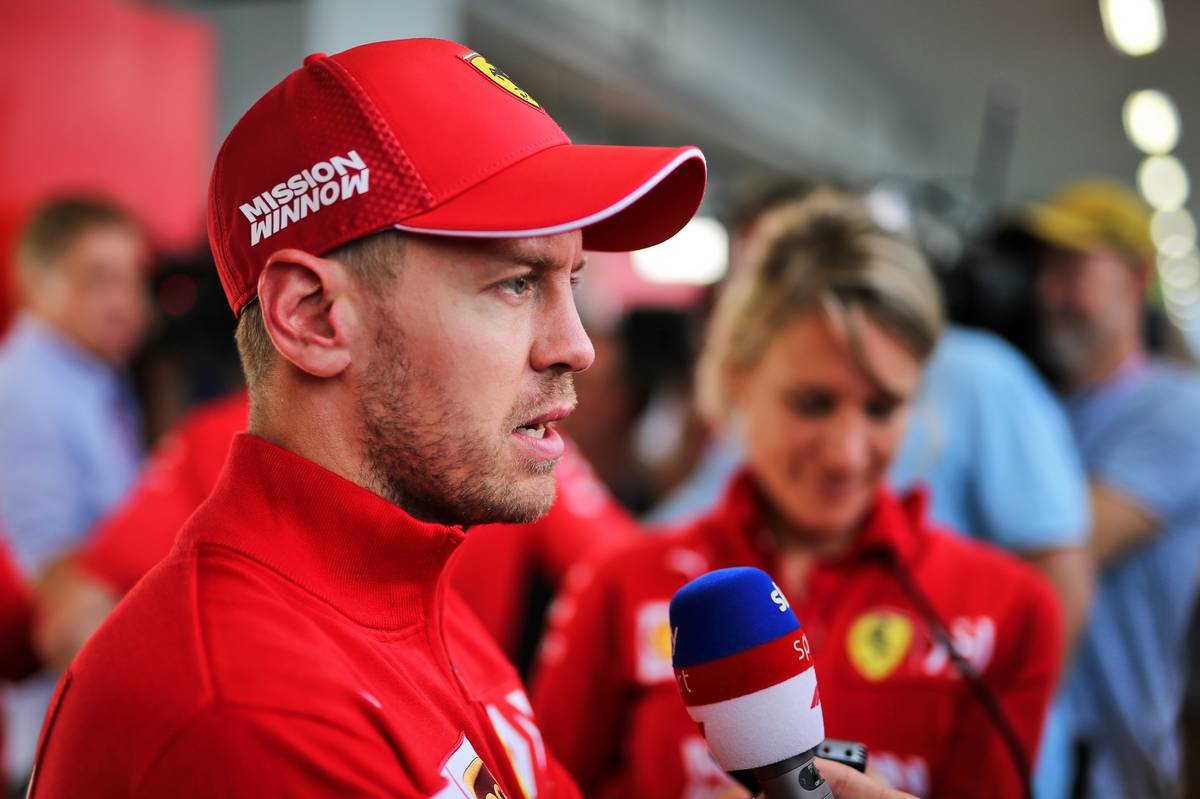 Vettel insists he takes a candid view at his performances, but ultimately he believes he can beat anyone.

"It's important that I know how the year went and how I feel about it," he added.

"I witnessed Daniel's success in 2014 firsthand and as his teammate. I still do that, I have no problem with that.

"But I'm also confident that I can beat anyone who drives out there. I'm not afraid of the competition.

"The contrary would make no sense. If you want to win and fear competition, these are two things that don't go together."

Albon to focus on gaining car knowledge during pre-season testing