As widely anticipated, Formula 1 commercial boss Sean Bratches will step down from his executive role at the end of the month, but the American will remain an advisor to the sport from his base in the United States.

Rumors of Bratches departure emerged in September of last year, the former ESPN executive allegedly struggling to cope with his expat status and the incessant travels while his family remained in the US.

Along with CEO Chase Carey and motorsport boss Ross Brawn, Bratches was part of F1's three-pronged management structure installed by commercial rights holder Liberty Media when it took over F1 at the end of 2016.

Bratches led the activation of several Fan Festivals around the world, bringing F1 directly to the public and extending its reach.

He also oversaw the arrival of two new races on the sport's schedule: the Vietnam and Dutch Grands Prix which will expand F1's calendar to 22 events this year.

Bratches' current team will remain in place and report directly to CEO Chase Carey. In the longer term, it's unclear if Liberty Media will name a new commercial boss.

"The past three years at Formula 1 have been an incredible journey, one which I have enjoyed thoroughly," said the 59-year-old.

"I want to personally thank the team at F1 for their extraordinary efforts and dedication, they are the best of the best and I am confident they will continue to serve fans and deliver on the strategy we have set in the years ahead.

"I am proud that I leave Formula 1 in a better position than when I joined in 2017 and I know that the foundation we have put in place as a team will continue to serve our fans around the world and reach new audiences." 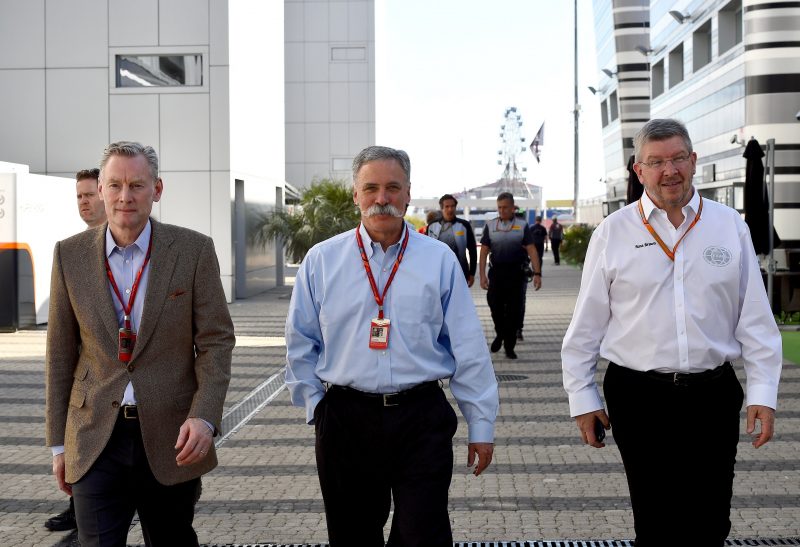 Carey praised Bratches for his leadership in establishing F1's dedicated commercial group, an entity which did not exist under the reign of former F1 supremo Bernie Ecclestone.

"I want to thank Sean on behalf of everyone at Formula 1 for the leadership, passion and expertise he has given to the business over the past three years," Carey said.

"Sean has transformed the commercial side of Formula 1 and a testament to his work is shown in our momentum and growth as a business.

"I am pleased Sean will continue to be an advisor for us from his home in the US, he will always be part of the Formula 1 family and I look forward to his ongoing advice and counsel.

"I wish him all the best in his new endeavours."