Ferrari has announced that the media launch of this year's F1 challenger on February 11 will not take place at the company's main headquarters in Maranello.

Instead the grand unveiling will take place 20 miles away in one of Italy's grandest theatres, the Teatro Valli in Reggio Emilia in the north of the country.

“We have chosen Reggio Emilia, because 223 years ago, this city was where the tricolour was born and later adopted as the flag of unified Italy,” the fiercely patriotic squad explained.

The presentation will be be live-streamed on the Scuderia Ferrari website and Facebook page from 5.30pm GMT. Drivers Charles Leclerc and Sebastian Vettel and team boss Mattia Binotto will be at the event, along with other major figures from the Ferrari team.

Following on from 2018's SF71H and the SF90 last year, the team is yet to reveal the name of the new car which is currently simply referred to as Project 671.

Binotto told Ferrari's magazine that he was optimistic that the team could finally get back to winning titles in 2020. "We have all the requisites needed to do well," he insisted. "But nothing is taken for granted.

"Our adversaries are, like us, also strengthening themselves in order to improve," he warned. "The level of competition has never been so high."

However reports this week from Germany’s Auto Bild citing 'reliable sources within Ferrari' suggest the team's engineers are concerned by the results of recent wind tunnel tests after the team decided to adopt the Red Bull approach of a very steep rake angle for the bottom of the car. 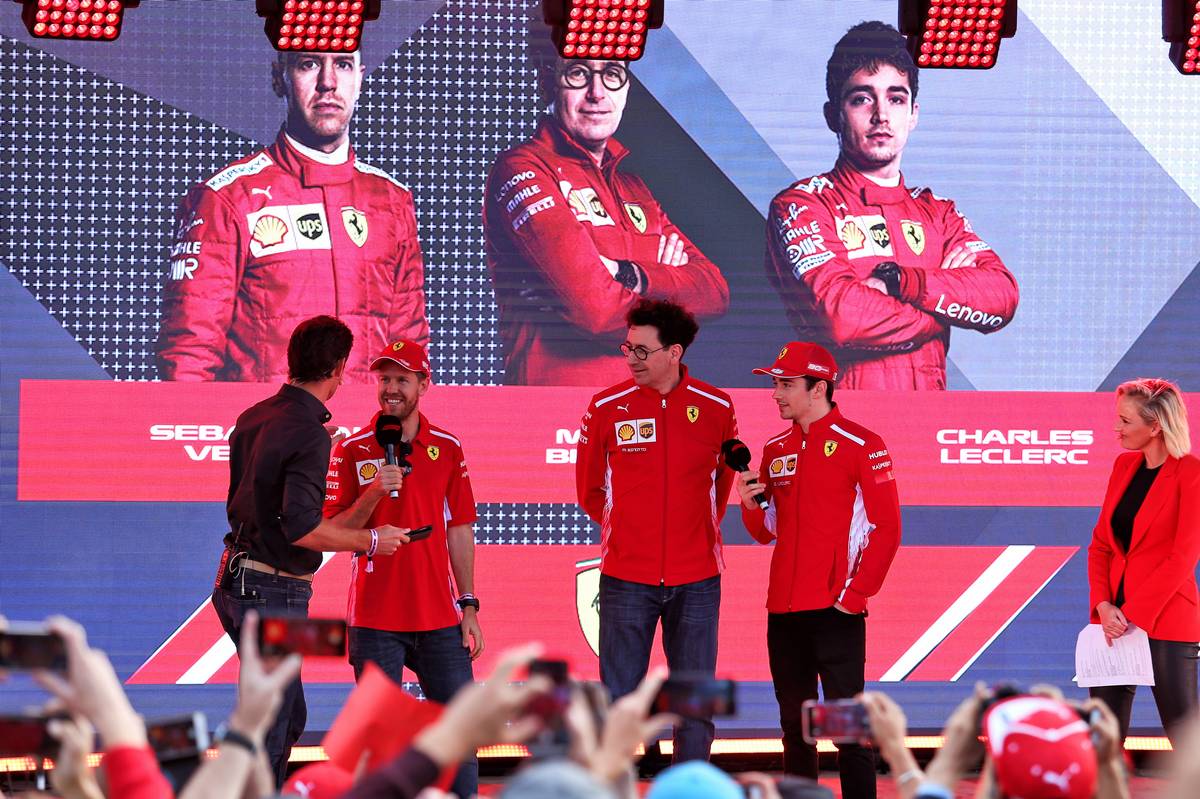 So far, five teams have announced when they will be taking the covers off their new 2020 cars, with Ferrari's unveiling currently set to be the earliest.

The team says it wanted an early slot in order to give them time afterwards to carry on developing the car before the start of testing.

After that, Renault will be showing off its new chassis to the press on February 12 followed by McLaren inviting the media to the McLaren Working Technology in Woking to reveal the MCL35.

February 14 is shaping up to be a busy day, with AlphaTauri holding its event in Salzburg, Austria and Mercedes also selecting Valentine Day to show off its new contender at Silverstone in the UK.

Red Bull, Racing Point, Alfa Romeo, Haas and Williams are yet to announce their own plans.

After that, it's non-stop to Melbourne for the Australian Grand Prix which will get the season underway on March 15.