Mercedes motorsport boss Toto Wolff says that Formula E is like "Super Mario Kart with real drivers", but the Austrian also reckons that the all-electric series is "absolutely valid".

Mercedes warmed up to Formula E last season through its partnership with HWA Racelab, an alliance that led to this year's full works effort by the German manufacturer.

Wolff wasn't present at Formula E's most recent round which took place ten days ago in Santiago, Chile, but the Mercedes boss did take time out from F1 last November to travel to Saudi Arabia for the opening round of FE's season 6, and he liked what he saw.

"I really enjoyed the experience, I must say," Wold said, quoted by Crash.net.

"I’ve never been to Saudi Arabia before and launching our Mercedes Formula E journey was very special.

"The crowds were phenomenal, seeing how this country is opening up – something I didn’t expect in that way. And the racing is very different to Formula 1, clearly you can say that.

"For me, it’s Super Mario Kart with real drivers, but it’s absolutely valid to give that a chance." A pair of podium finishes at Diriyah in Saudia Arabia and a P6 in Santiago has put Mercedes driver Stoffel Vandoorne at the head of the field in the drivers' championship, while teammate and FE rookie Nyck De Vries currently sits 11th.

Overall, it's been a productive start to the other Silver Arrows squad.

"Nyck has already contributed a great deal to the team’s performance," Wolff said.

"He’s very mature and the way he’s – as a personality and as a racing driver – been able to slot into the team with Stoffel is really nice to see.

"We have set our ambitions or our expectations on a realistic target, which we have overachieved, and both of the drivers contributed to this happening." 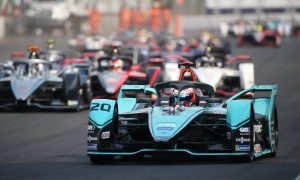 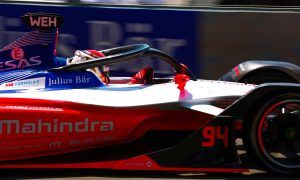 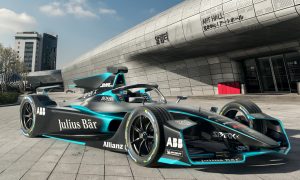