The Renault F1 Team says its new R.S.20 will be rolled out with its new 2020 livery next Wednesday in Melbourne .

The French team's car appeared in an all-black robe during pre-season testing at the Circuit de Catalunya, but will likely revert to the automaker's traditional its black and yellow colors ahead of next weekend's opening round of the F1 world championship.

The Renault F1 Team will pull the covers off its 2020 contender on Wednesday at 5PM in Melbourne.

In Barcelona, Daniel Ricciardo clocked in with the third fastest lap overall in pre-season testing, just behind pacesetter and Valtteri Bottas, driving for Mercedes, and Red Bull's Max Verstappen.

The Aussie delivered a positive assessment of the R.S.20's progress and performance in Spain.

"I think we have improved the overall balance of our car, and I feel the rear now is better," Ricciardo said.

"We were able to get out of the corner a bit harder, so there have been improvements. So far the reliability and stuff is strong. That is something that Renault was really pushing for this year, and so far so good. 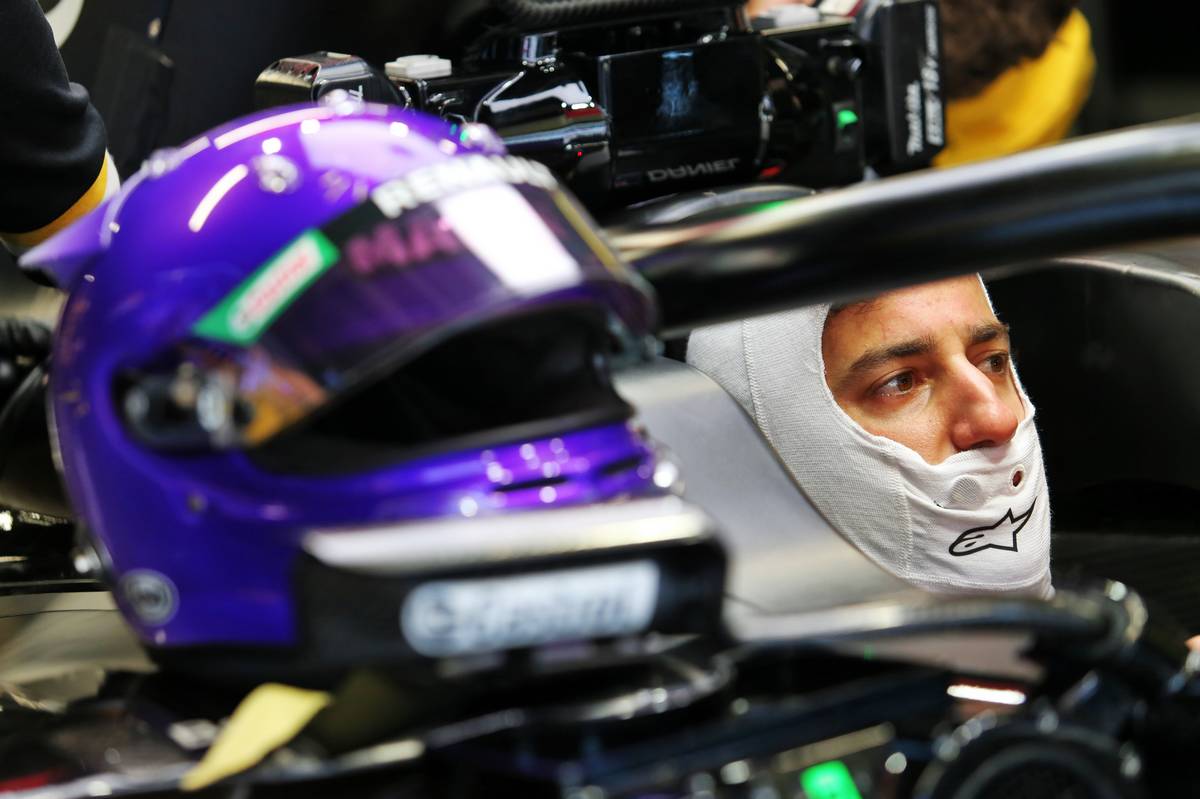 Ricciardo believes the French squad's engineers have ironed out part of the weaknesses that impacted its 2019 design.

"The individuals on the car build this year have done some things to address it," he explained.

"Without going into details there is more suspension travel and stuff like that to help on some bumpier parts of the circuits.

"This track [Barcelona] you don’t really get an indication because it is very smooth and the curbs are flat, so you have to go to Melbourne and something bumpy and harsh to find out if it is better."

Ricciardo is joined this year at Renault by F1 returnee and French hopeful Esteban Ocon.