Italian drivers used to dominate Formula 1, but in recent years the influence of the country at the top level of motorsport has declined precipitously - much to the dismay of Antonio Giovinazzi.

Nino Farina won the very first world championship race and title in 1950 with Alfa Romeo, with Alberto Ascari subsequently winning back-to-back titles in 1952 and 1953. Ascari ended up being the most successful Italian driver of all time in F1, amassing a total of 13 victories during his Grand Prix racing career.

Michele Alboreto started 194 races in a career that began at Tyrrell and spanned 14 seasons. Riccardo Patrese, Jarno Trulli, Andrea de Cesaris, Vitantonio Liuzzi, Gianni Morbidelli and Alessandro Zanardi have also kept the flag flying for Italy, while Lella Lombardi is the only woman to have finished an F1 race in a points-scoring position.

The most recent Italian winner of an F1 race is Giancarlo Fisichella in 2006. But in 2020, the only Italian still on the grid is Giovinazzi, who is entering his second year driving for the Alfa Romeo team. And as far as the 26-year-old is concerned, there's a clear reason for the decline of Italians in the sport.

“The basis is very important in motorsport, and that basis starts with money,” he told Dutch F1 news site RacingNews365 this week.

"You have to have a lot of money in order to get far in motorsport. For example, I myself had to get a lot of money a number of times to eventually get into F1.

"However finding that money is not possible for everyone, especially since it costs a lot of money to let a child race at a young age.

"Already in the karts, parents have to pay a lot to get their son or daughter to race. That financial issue makes it difficult for many Italians to start a career in motorsport.

"Parents will often convince children to start a football career, for example. because it costs much less money," he pointed out.

The exception to the rule is motorcycling, where the legacy of Valentino Rossi continues to inspire future generations of two-wheel racers.

"Valentino of course has a completely different name in motorsport than I or other Italians in Formula 1," Giovinazzi admitted.

"It is wonderful to see what he does, but it is not easy to imitate something like that in motorsport in Italy.

"We should especially hope for the different academies of large teams to which a number of Italian drivers are now affiliated," he replied when asked what could be done to reverse the decline. "Hopefully we can through those academies they find a continuation to Formula 1." 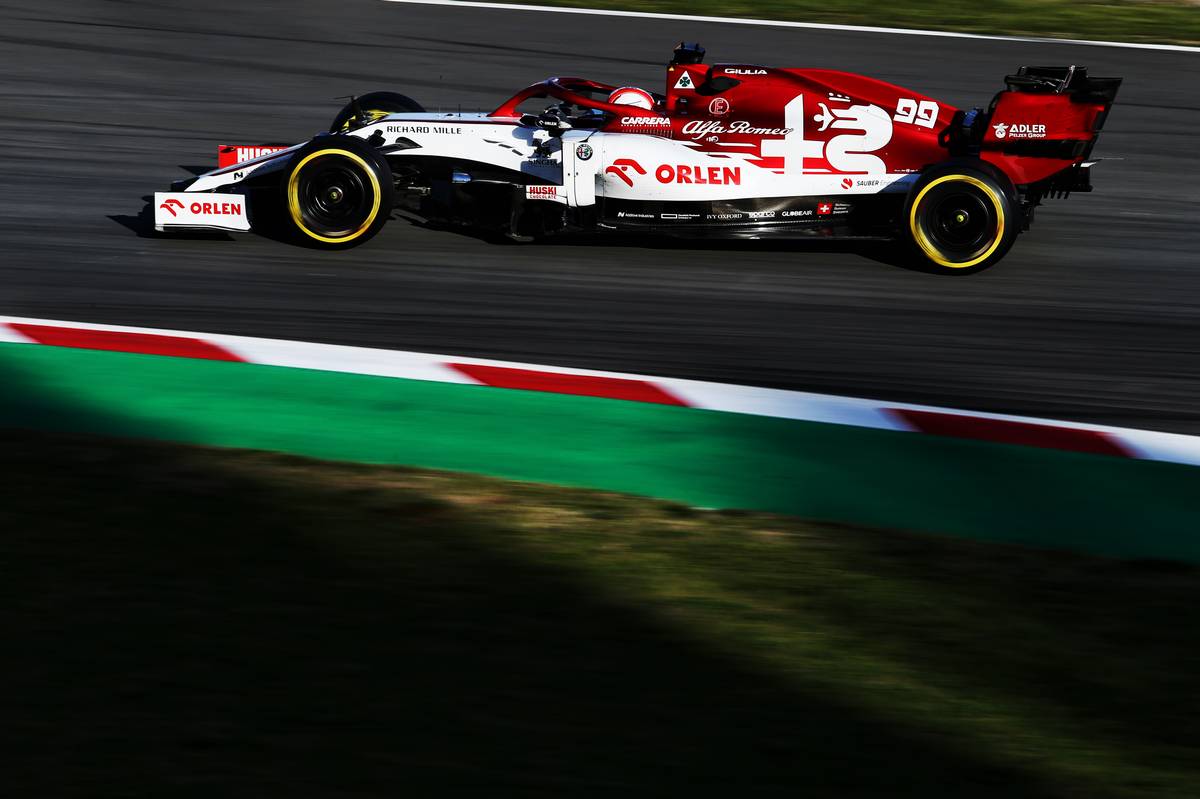 Giovinazzi also praised the work of driver manager Nicolas Todt: "[He] is always busy helping young talent. People like that are really needed to support the talents."

A veteran of 23 races so far - two outings at Sauber in 2017 subbing for an unwell Pascal Wehrlein, followed by a full season at last with Alfa Romeo in 2019 - Giovinazzi has also been particularly prolific with the simulator at the team's headquarters in Hinwil.

"The simulator is currently playing a crucial role in Formula 1, especially since we are allowed to test so little," he explained.

"As a result, the simulator must be of high quality, because the data we extract from it must be very accurate," he said. "We are currently using a new simulator and we are now fine-tuning it."

Giovinazzi added that it will become even more important when the new rules and regulations are introduced in 2022, having been been pushed back a season due to the disruption resulting from coronavirus

"The simulators will play a crucial role towards the season in which the new rules will be introduced," he confirmed. "There will be little test data available and so we will have to we try out as much as possible in the simulator. "