Jenson Button has earlier taken pole from Emanuele Pirro for the first race. However the former F1 world champion was immediately caught up in a three-car collision during the now-familiar first lap chaos while trying to fend of Pirro and Jan Magnussen into turn 1.

With Button dropping back to 15th, Andy Priaulx and Dario Franchitti briefly took control of the race. However they were quick to clash at turn 4, opening the door for Montoya to take the lead.

“It was insane at the start. The problem with these cars is that when you touch, the thing takes off everywhere, and you don’t know where you’re going to head out,” Montoya said afterwards. “I just tried to stay out of everybody’s way, and the road kind of cleared for me."

From that point on there was no question as to the eventual winner, with Montoya dominating the remainder of the proceedings. Jason Plato was up to second after Helio Castroneves spun at the hairpin, but he was soon ousted by Vitantonio Liuzzi with a precision move into turn 1.

Liuzzi came under pressure from a recovering Button, who eventually succeeded in taking the runners-up spot on the penultimate lap. Pirro was also on the comeback trail, and he ended up tangling with Liuzzi who spun at the last corner of the race to hand Pirro the final podium place.

In the second race, a reverse-order grid saw Adrian Fernandez start from pole. Unlike Button in the earlier event, Fernandez achieved a clean start and took the lead after briefly losing out to Plato.

The Mexican went on to take an easy victory, while Plato spun out handing second place to Darren Turner, with Pirro pipping Petter Solberg to the final podium position. 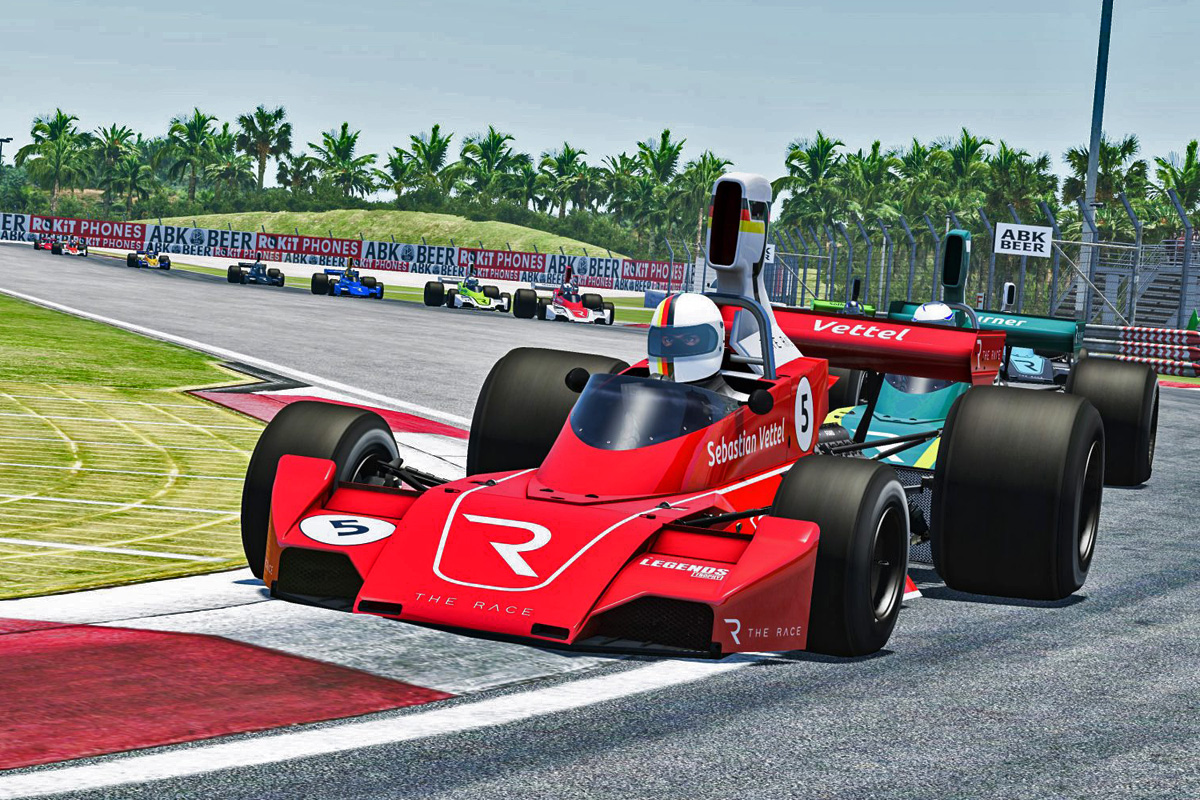 Another messy race for Button saw the British driver punted off by Liuzzi on the first lap, leaving him battling his way back to eighth place at the finish.

Vettel made a quiet start to his Esports online gaming career, finishing his maiden race in 15th place after getting caught up in a couple of incidents.

The reserve grid for the second race and a three-car accident just ahead of him helped Vettel to secure fourth place going into the first corner. However he ended up spinning in the penultimate turn which dropped him to the back, although he was back to up 12th by the time he crossed the finish line.

Unlike his real life team mate Charles Leclerc, Vettel has been resistant to getting into gaming during F1's current coronavirus hiatus. But he finally broke his duck using a simulator provided by the Allinsports company owned by Torque Esports, organisers of the Legends Trophy, which allowed him to race from his home in Switzerland.

“I’m aware that some people take it very seriously and spend a lot of time there," Vettel said last week. "But I also enjoy doing other things!"

Pagenaud under fire for wiping out Norris at Indy

British GP 'not a sure thing' warns Silverstone boss