The opening rounds of the delayed 2020 Formula 1 world championship might have a radically different format when racing finally gets underway in July.

F1 bosses are hoping to get the season started with back-to-back races in Austria in July. After a one-off event at the Hungaroring, another brace of consecutive races are tentatively scheduled for Silverstone in August.

According to reports on The Race website, F1 management is considering using the doubleheaders as the ideal opportunity to experiment with a radically different format to the usual race weekend.

A meeting held on Friday between team bosses, the FIA and commercial rights holders Liberty Media is said to have discussed using one of the two events at each venue to try out using a short Saturday sprint race to set the grid for Sunday's Grand Prix.

It would take the place of holding the traditionally stand-alone qualifying single lap speed trials. To make things even more exciting and uncertain, the grid order for the sprint race could be set by the reverse of the drivers championship standings

It's hoped that taking a radical new approach to the weekend format will prevent a sense of deja vu repetition setting in as a result of holding multiple races at the same circuit.

Longer term, it would also allow the sport to see whether such changes could become a regular feature of the world championship in future.

Even before the disruption to the 2020 season caused by coronavirus, F1 director of motorsports Ross Brawn last year suggested the idea of trying out a similar format at a non-championship race.

Some motor racing competitions already use versions of reverse grids, including Formula 2 and Formula 3 support series which invert the top eight of the first race of the weekend to set the grid for the second. 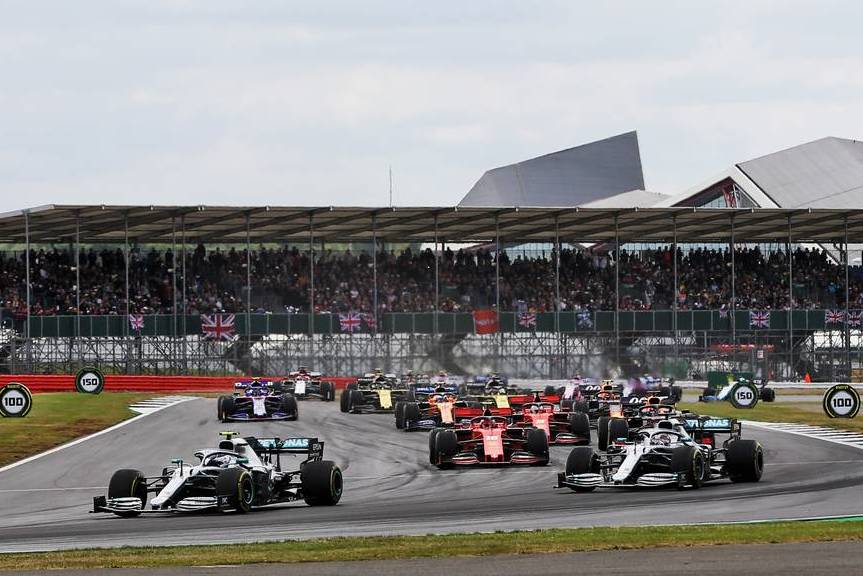 And reverse grids have also been popular in the Esports world, with the successful Legends Trophy seeing the winners of the first race starting from the back in the second. Not that this handicap seems to have prevented Fernando Alonso from scooping successive sweeps in the series, however.

At present no firm decision about whether to try the reverse grid sprint race to set the grid has been taken, but it has the backing of Liberty bosses.

A non-binding informal show of hands at the meeting suggested that only one team - speculated to be Mercedes - was currently opposed, with everyone agreeing to consider the matter further over the next week.

A recent change of F1 sporting regulations gives F1 and the FIA considerably increased powers to make rapid changes to the sport's format in response to the fast moving events surrounding the coronavirus.

However the clock is still ticking on the need to make a decision and to nail down the formal details in time for it to be used in the opening rounds at the Red Bull Ring in Spielberg on July 5 and 12.