F1 boss Ross Brawn confirmed that the sport's traditional podium ceremony has been abandoned for 2020, the victim of the FIA's new COVID-19 guidelines.

F1's governing body has issued a series of ground rules for motorsport events that minimizes contact between groups and encourages physical distancing.

The guidelines will significantly alter how events are organized and unfold over a race weekend.

"Because of the implementation of the procedures, we need to be safe and sure of the COVID-19 situation," Brawn explained to Formula1.com. "The practises we have had in the past just can’t be done.

"So every aspect from the time teams arrive to the time they leave has been thought through, and it’s not completely finalised, but we’re working with the FIA to polish it.

"The podium procedure can’t happen, but we’re looking at doing something on the grid after the race. One option would be to line the cars up on the track and the drivers will stand in front of cars.

"We can’t present the trophies, as you can’t have someone in close proximity presenting a trophy, but we have worked it out, we have plans and procedures, we’re looking at how we can present it on TV." 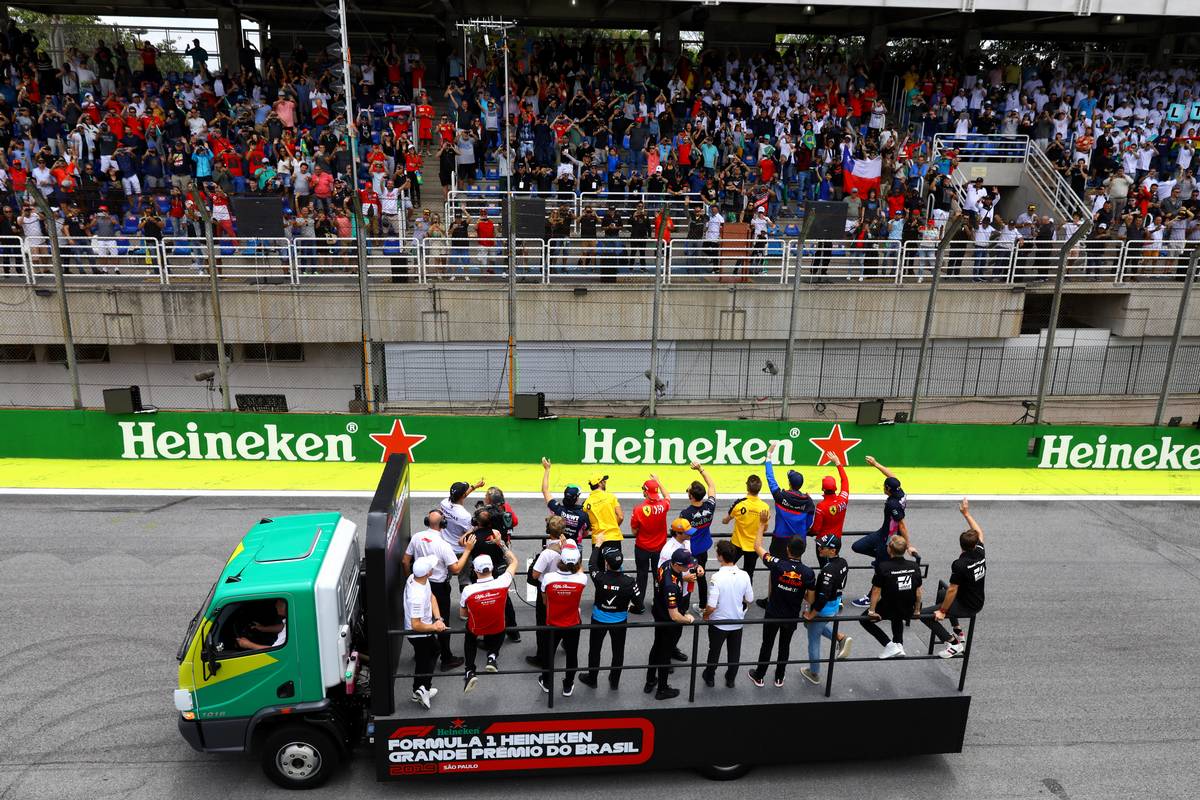 An addition to scrapping the podium ceremony, F1 has also dropped the pre-race drivers parade while the build-up on the grid is also likely to be temporarily discarded, with cars set to join the latter before the formation lap directly from the pitlane.

"The drivers' parade won’t happen as we can’t put 20 drivers on the back of a truck and take it round the track," Brawn added.

"So instead we will interview with each one of them in front of the garage. There’s plenty of ways we can engage without compromising health and safety.

"I’m 100% confident that we will make it an engaging and exciting product, it will just be different.

"The FIA Future Stars will still be part of the show virtually. They will have the uniforms sent to them and they’ll send us videos of them with a message which we can play, so there are lots of things we can do to make it entertaining."

As for how long the restrictions will remain in place, Brawn insisted the measures would be in force until at least the end of the season.

"This is the new norm," he said. "How long will this carry on? We don’t know, but this will be the new norm for the rest of the year for sure."

Vettel 'clearly not motivated to drive a red car' - Webber