Lando Norris has revealed that McLaren had made some last-minute changes to his car that delayed the start to his qualifying session on Saturday at Silverstone.

"The team did a great job getting the car ready for quali," he said the end of the session. "We had to make some big changes so we didn't quite get out on time. We got out [in the end] so thanks to the team for their hard work."

Somewhat on the back foot, Norris then had an early off-track excursion that left him having to dig deep to set a proper lap time that would get him through to the second round of qualifying.

"It was a messy qualifying," he acknowledged. "I made mistakes on a couple of my runs, especially the first one.

"I went off the track, compromised myself and lost a bit of confidence throughout the first half of qualifying, which wasn’t ideal.

“I was trying to play catch-up and get in a good rhythm and I didn’t really do that until the final session."

Norris has looked set to start tomorrow's race from the fourth row alongside his team mate Carlos Sainz, but his final run vaulted him up to P6 in time for th chequered flag.

"On the old tyres I matched what I did on the new tyres before, so I felt a bit more confident going onto the new set that had more grip, and I could push that little bit more," he explained. "It’s a great result, especially here at my home race," he said. |[But] tomorrow’s the important day where we have to convert it into a good result.”

Norris' last minute improvement at the end of Q3 means that he's out-qualified Sainz for the second race in succession and for the third time in four races.

However Sainz said that he was was happy with seventh on the starting gor for tomorrow.

“It was a very strong day for the team," said the Spaniard. "For me in particular I’ve had a better feeling with the car as the weekend has gone by, so we made some progress on the balance and the set-up.

"There’s still some work to do, but I’m happier with the car and we’re in a good position for tomorrow. 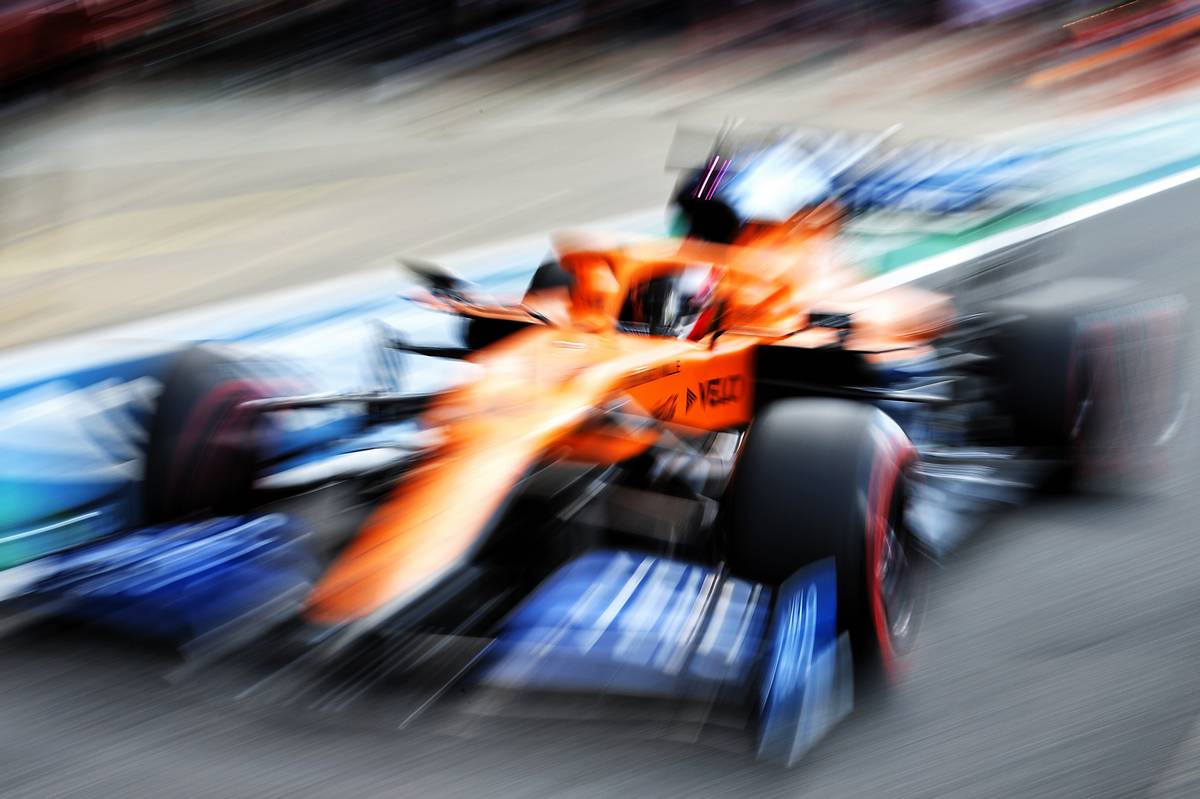 "My last lap in Q3 wasn’t exactly as I wanted though. I lost some time in the exits and with traction coming onto the long straights. But still, P7 and a good starting position for the race.”

“This is our fourth qualifying session of 2020 and we’ve got both cars into Q3 on all four occasions," added team principal Andreas Seidl.