Lewis Hamilton welcomes Max Verstappen and Red Bull's challenge of Mercedes' supremacy, insisting he will not "overlook" the Dutchman as a contender for the title in 2020.

Verstappen trounced the mighty Mercedes squad and its dominant drivers in Sunday's 70th Anniversary Grand Prix at Silverstone, thanks to Red Bull outsmarting its rival on strategy and its star charger driving a flawless and remarkable race.

So far, the 22-year-old Dutchman has been unable to sustain a season-long challenge, and Mercedes' commanding start to its 2020 campaign pointed to a two-way battle for the title between Hamilton and Bottas.

But Verstappen's masterclass performance at Silverstone last weekend has positioned the Red Bull driver second in the championship, and Hamilton is delighted to have his young rival snapping at his heels.

"I think it's great," he said after Sunday's race. "I want to have races where they're challenging."

"Obviously the Red Bull seems to be quite close in race conditions to us and obviously [they were] stronger [on Sunday] so it shows they don't have as bad a package as perhaps people had said in the past.

"But I think it's good. It will be interesting to see the progression through the rest of the year and I definitely will not overlook them.

"I think we've got to keep a close eye on them and keep working to push forwards because I don't think it's going to be easy by any means," added Hamilton.

"But I don't think my team has that mentality anyway so we just keep our heads down." 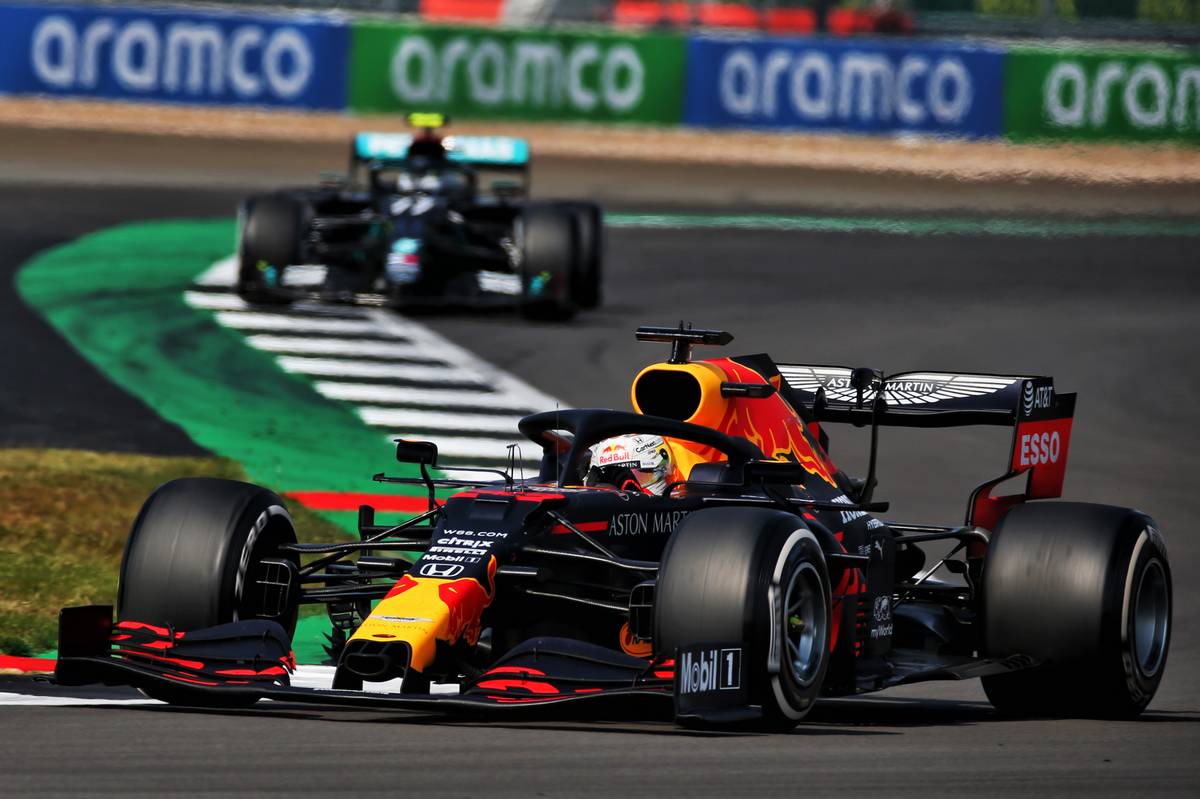 In the Red Bull camp, Verstappen says the Honda-powered bulls are still lacking the pace to challenge Mercedes in qualifying while they also need all the stars to line up on race day to snatch a win.

"Yes we can get closer but we are also lacking quite a lot of top speed," Verstappen told Sky F1.

"In qualifying I think it will be very hard to be close to them because once we go to Q2, Q3, they turn it up and they gain like four, five tenths on the straight and it's very hard to fight that.

"But of course in the race they can't really use it as much and then automatically we come a little bit closer to them, and we can sometimes put on a little bit of pressure.

"And then a day like [Sunday] when they're struggling with tyres and we don't have any issues, then of course you can win that race."

Carey expecting F1 to be 'pretty close' to normal in 2021