Sergio Perez says his future with Racing Point currently looks "quite secure", the Mexican insisting the rumors linking Sebastian Vettel to the Silverstone-based squad will eventually "go away".

Perez will return to racing this weekend in Barcelona after a two-week hiatus in quarantine due to COVID-19.

Since the 30-year-old was sidelined, rumors of Vettel joining Racing Point for 2021 have gained momentum, with several reports even insisting a deal is signed and sealed between future Aston Martin Racing team  and the four-time world champion.

But speaking ahead of this weekend's Spanish Grand Prix, Perez is confident he'll be racing in pink next season.

"With the rumours of Sebastian, I think there's nothing I can do," he said.

"What I've heard from the team is that we all want to keep going, to continue. So I believe it's just a matter of time before those rumours can go away.

"That's the feeling that I've been getting. We are fully on this package, and we want to continue as well."

Vettel's amicable relationship with Lawrence Stroll and Racing Point team boss Otmar Szafnauer - as depicted by an elbow bump with the former and hitching a ride with the latter in his Ferrari road car after the British Grand Prix - has only added fuel to the rumors.

But Perez dismissed the superficial assumptions. 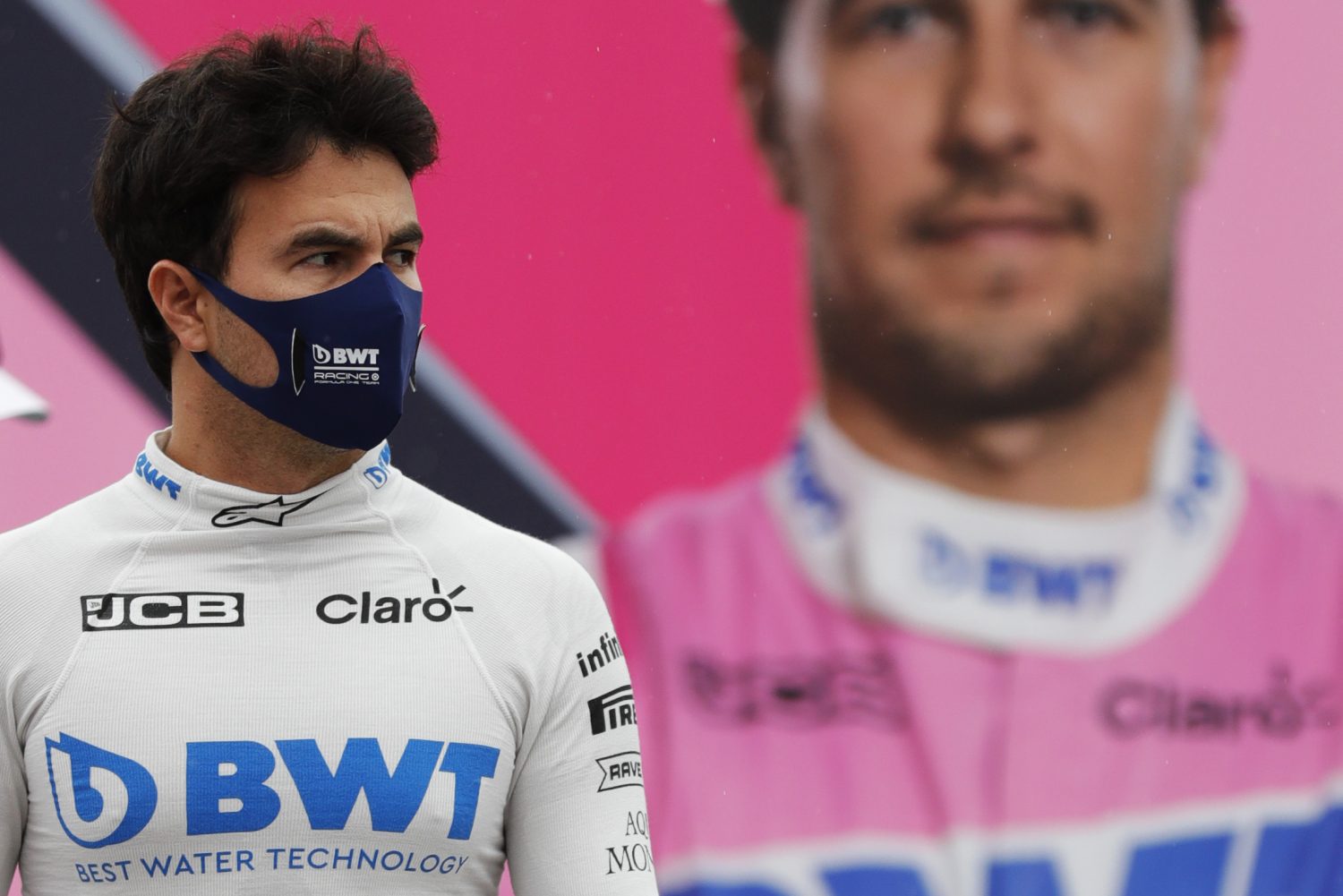 "What do I make of it? Nothing. I think everyone is free to do what they want, especially outside the racing.

"Between the elbow with Lawrence, nothing really to say. I don't make anything of it."

Looking back at his positive COVID-19 test, Perez says he followed safety measures to the letter when he travelled to Mexico after the Hungarian Grand Prix, insisting that contracting the coronavirus was simply a case of bad luck.

"Everything was done with extreme precautions with very extreme lines. I was well aware what was going on," he said ahead of his race return this weekend in Barcelona.

"I think I was just unlucky. I haven’t done anything different to the rest of the paddock.

Ricciardo: Renault qualifying pace 'not a freak one off'