Sergio Perez has been handed a one-place grid penalty by the Tuscan Grand Prix stewards following his contact with Alfa Romeo's Kimi Raikkonen in FP2.

Perez was exiting the pitlane when he was overtaken by Raikkonen on the entry to Turn 1. When the Finn turned into the corner, Perez just tagged the Alfa which sent the Finn into the gravel.

The session was red-flagged but both drivers were forced to retreat to their respective garage to conduct repairs.

Perez's maneuver was investigated after the session by the stewards, with the Racing Point charger arguing that he could only follow one line into the corner, a mitigating argument that the stewards considered.

"It's obviously the first time we are here. [The stewards] think that it should be changed, the pit lane exit, because it goes far too long.

"It doesn't give you an angle when you are in the pit lane exit, so that can cause a bit of an accident."

However, the Mexican was held accountable for the mishap and handed a one-place grid drop for Sunday's race. 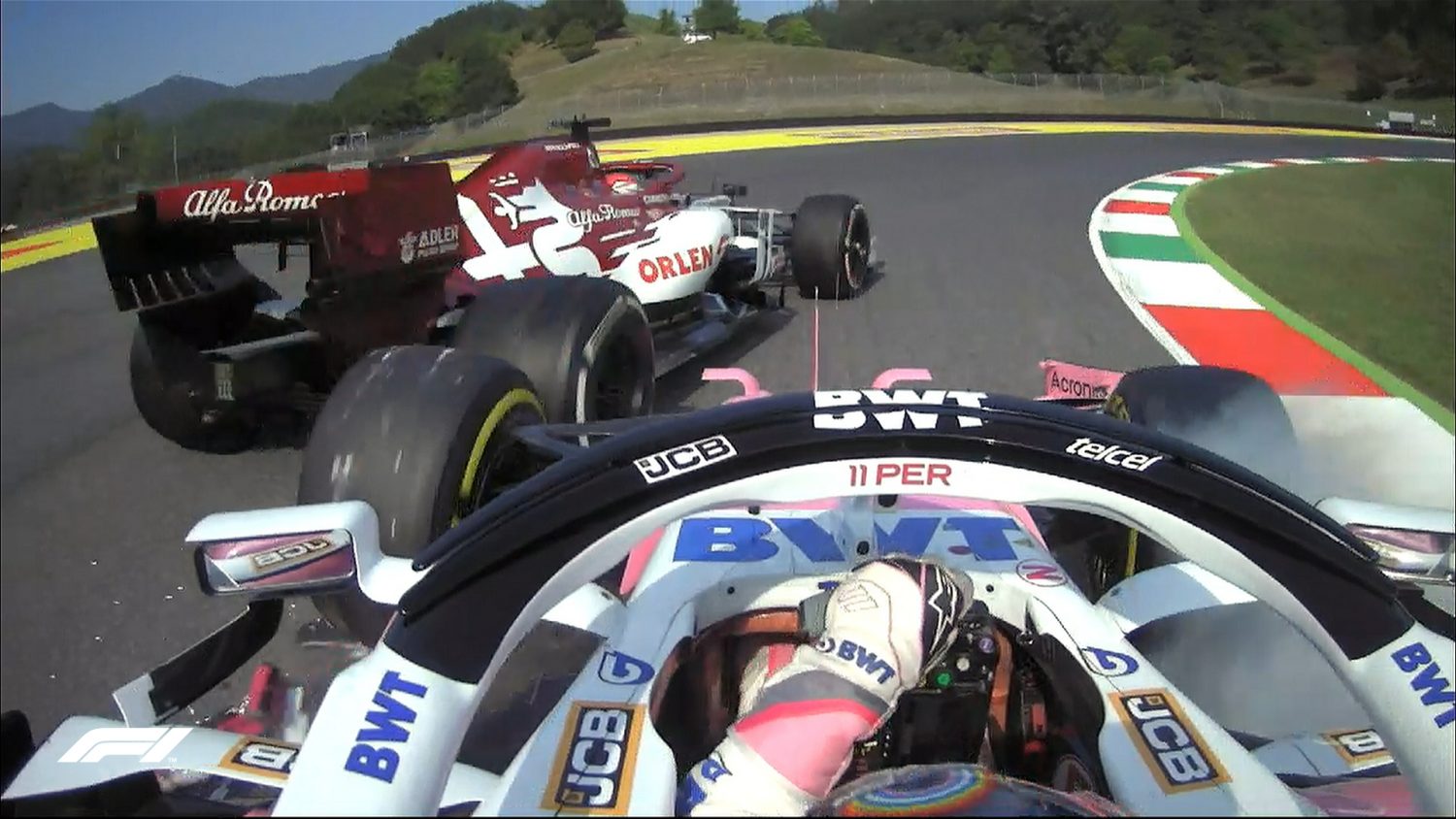 "The Driver of Car 11 was warned by his team of the approach of Car 7 [Raikkonen] and Car 23 as he was leaving the Pit Exit, there was a blue flag waved at him prior to Turn 1 and it was apparent that he saw Car 7 in his mirrors," stated the stewards in their report.

"The driver argued that the pit exit is extremely long and he had reached a high speed by the time he was passed by Car 7 and that he was unable to take a different approach to the turn.

"In deciding penalty, the Stewards considered other similar incidents in Free Practice, including Bottas (Abu Dhabi 2019 - Reprimand) and Vettel (Bahrain 2015 - no further action).

"We consider there is some merit in mitigating penalty and therefore reduce the normal penalty for an offence of this type from 3 grid positions to 1, noting that a grid penalty is appropriate as Car 11 was exiting the pits, whereas Car 7 was on a fast lap and therefore the driver of Car 11 was wholly to blame."