Daniel Ricciardo delivered another solid bag of points to Renault on Sunday, the Aussie concluding his Russian Grand Prix in fifth place despite being hit with a five-second time penalty.

Ricciardo held his own at the start but was overhauled by teammate Esteban Ocon. However, in light of his lack of progress on the hard tyre after the pitstop rotations, the Frenchman was ordered to hand over the position to Ricciardo.

But the Aussie locked up when overtaking his teammate into Turn 2 and continued on the wrong side of the bollard, a move that warranted a five-second time penalty.

"I just locked up," Ricciardo explained. "It was pretty simple from my side, as soon as I hit the brake I was like 'Ahh, oh no..' My engineer came on to say I had a 5-second penalty.

"I took the blame for it and just said I'll drive faster." 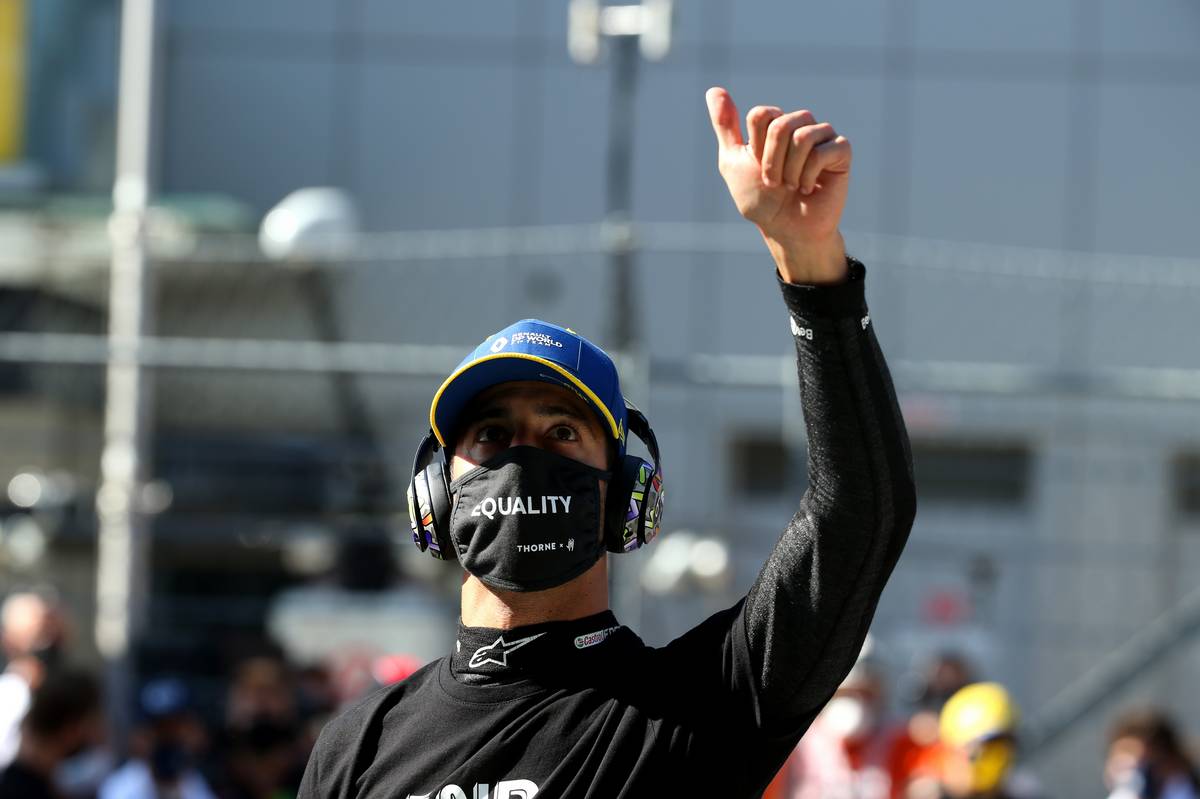 Ricciardo did indeed press on, his efforts allowing him to safe-guard his P5 position at the checkered flag.

"I'm happy with the outcome," he admitted. "There were moments in the race where I was surely a bit upset with myself.

"There were a few errors from my part but I didn't let them get to me, I think that was important. I knew I made some mistakes but I felt like I quickly snapped out of it and actually recovered well.

"I'll admit, I wasn't perfect today, that's for sure, but I think overall I'm still happy with the result; team did great, 5th and 7th, the reliability is good. Yeah, it's a good one!"

"I was really pretty pessimistic coming in to this weekend, I wasn't sure how the car would be but also myself," he said. "

"For us to have a strong weekend throughout, I honestly carry pretty good confidence now for the rest of the tracks this year. Not to get ahead of ourselves, but I really think we can make something happen."

Kvyat hails 'amazing pace' of AlphaTauri at his home race