Ahead of Formula 1's return this week to the Nürburgring, Haas' Romain Grosjean remembers the sport's last visit to the Eifel track and the win that eluded him in 2013.

The Nürburgring was recently added to this year's rebuilt schedule to help keep F1 on the European continent amid the global coronavirus pandemic.

But seven years ago, the race alternated each season with Hockenheim as the venue for the German Grand Prix, until financial difficulties caused the event's withdrawal from the F1 world championship.

Driving for Lotus in 2013, Grosjean had qualified fifth for the race, just behind teammate Kimi Raikkonen.

But a strong start by the Frenchman had allowed him to take the lead on lap 9 before Red Bull's Sebastian Vettel took command a few laps later.

Grosjean remained hot on the heels of the German until a Safety Car period put paid to his hopes of snatching his first F1 win. Instead, the Lotus driver was left with a spot on the podium.

"I was very happy with my weekend, but I should have won the race," he remembered.

"It was pretty clear I was going to win the race until the safety car. Yes, a podium finish is always mega, but missing out on the win was a big thing – I really had a big lead.

"No hard feelings though, it was a good race on a great track, and obviously, a podium in Formula 1 is always super good." 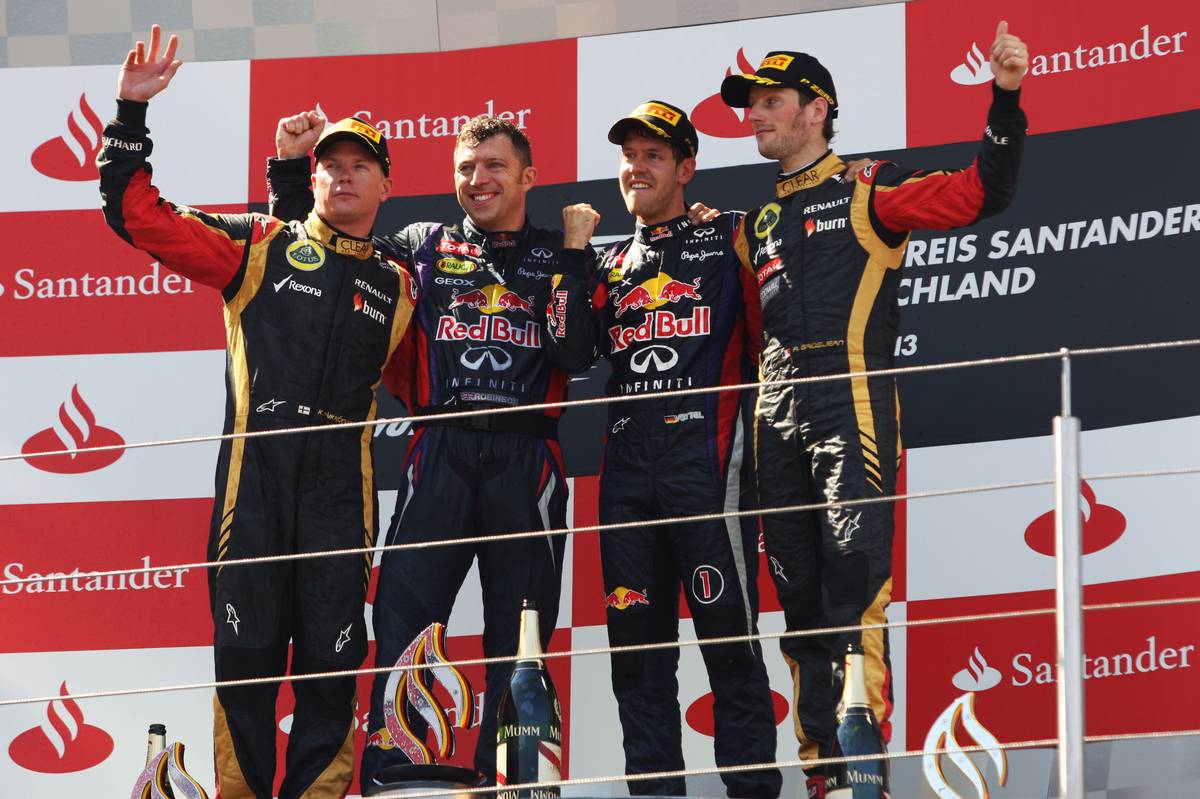 Unfortunately for Grosjean, past performance is no indication of future results, especially as the Haas driver only has a vague recollection of the Nürburgring's layout.

"I don’t really remember the track more than that. So, obviously it’s going to be a bit of challenge to learn it.

"I haven’t had the chance to do it on the simulator. I’ll just have to go with my memory. I know it’s a mega track. The biggest challenge there will be the weather."

Indeed, forecasts are calling for a chilly and rainy weekend in the Eifel mountains, which is just what we need - along with a couple of Mercedes retirements - to enjoy another unpredictable result!