When he woke up on Saturday morning, Nico Hulkenberg was expecting to spend the day at the Nurburgring working on German TV Formula 1 coverage of the Eifel Grand Prix.

But instead, it turned out that he was to have an altogether different viewpoint for qualifying.

The 33-year-old German driver, who was dropped by Renault at the end of last season, got his second last minute call-up of the 2020 season after it emerged that regular Racing Point driver Lance Stroll had fallen ill and would be unable to take part in this weekend's race.

Hulkenberg previously sat in for Stroll's team mate Sergio Perez when the Mexican driver returned a positive result for coronavirus before the Silverstone double header at the start of August.

This time he had even less notice before jumping into the car, and didn't even have the luxury of taking part in free practice before pulling out of the garage for the start of qualifying.

"It was even wilder and crazier than last time," he told Sky Sports F1 about his roller coaster ride of a day.

"I was in Cologne, which is kind of an hour from here. I was due to come here this afternoon anyways. I was going to do some TV stuff for RTL tomorrow."

Then the phone rang and it turned out to be from Racing Point boss Otmar Szafnauer with an offer that could not be refused.

"I was sat with a friend having a coffee at 11am when I Otmar rang me and said, 'Hulkenberg hurry, we need you here!' and I stepped in the car and came here," he explained. "The rest is history.

"We saw what happened now. Obviously it's the 2.0 return, in a moment of a heartbeat."

Although he had driven the car just a couple of months ago, Hulkenberg said that the RP20 felt very different due to the the aerodynamic upgrades that had been made in the intervening weeks.

"It felt quite different again to Silverstone obviously [as it's a] completely different circuit," he said. "The car has moved on too. 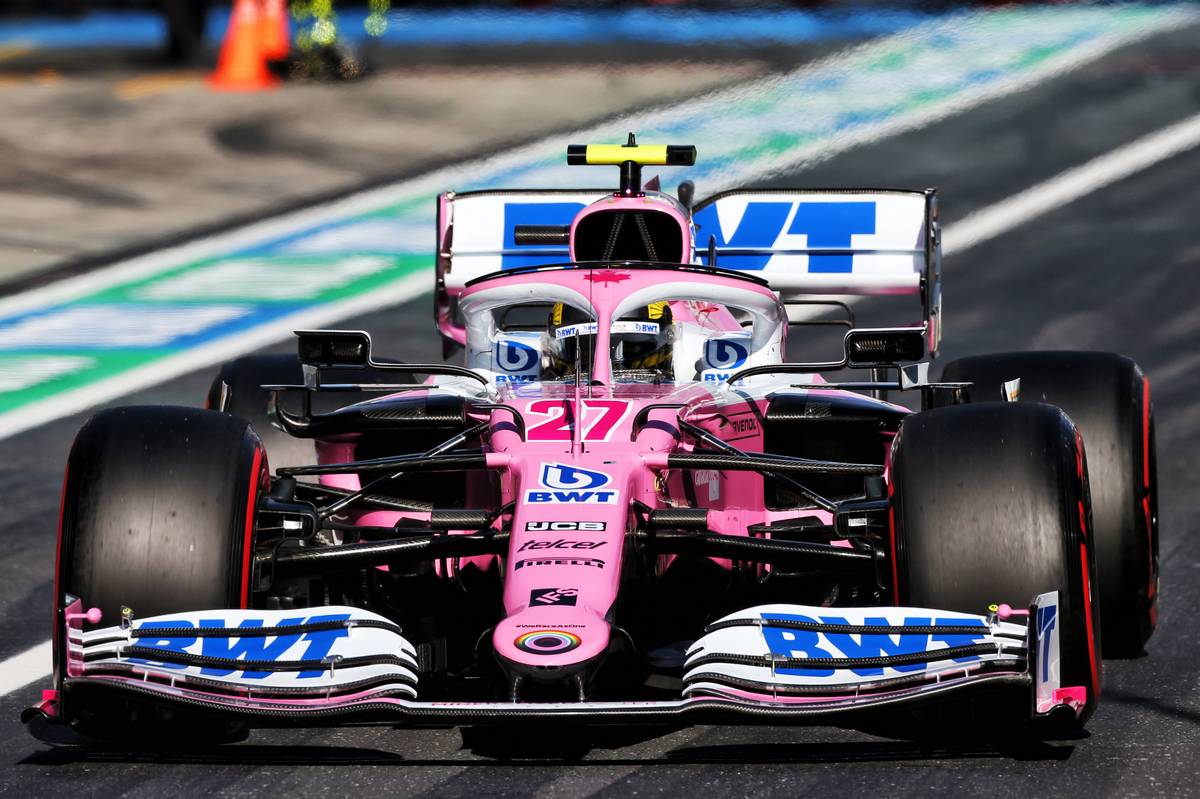 As a result it was no surprise that Hulkenberg had to use the 20 minutes available to him in Q1 just getting used to the car and the circuit, and had little realistic opportunity of making it through to the second round.

"I had to kind of adjust around that a bit, and just find my feet again, and obviously in four laps that's not so easy," he said.

"But all in all, even though we're last, I'm quite pleased with the laps that we've produced," he insisted.

"It still means that tomorrow is gonna be very difficult, and a hell of a challenge. But we'll do what we can.

"Obviously I have the experience, the four laps in the pocket now. Those will sink in, and tomorrow we'll just go racing and see what we get."

While Hulkenberg will start from the back row, his team mate Sergio Perez will be lining up in ninth place when the lights go out for the start of Sunday's race.

Bottas on top after pipping Hamilton to Eifel GP pole