Carlos Sainz was disappointed to round off the top-ten in qualifying for the Eifel GP on Saturday given that the Spaniard was running McLaren's new aero package.

Sainz's fastest run in Q3 was 0.251s slower than the best lap of teammate Lando Norris whose car was not equipped with McLaren's latest upgrades.

"Yeah, disappointed because honestly with the new package and me running all the new bits on the car we obviously all expected a bit of a step forward," Sainz told Sky F1.

"I don't know if it's because we didn't have the full Friday to optimize it, but I've been a bit on the back foot since FP3. 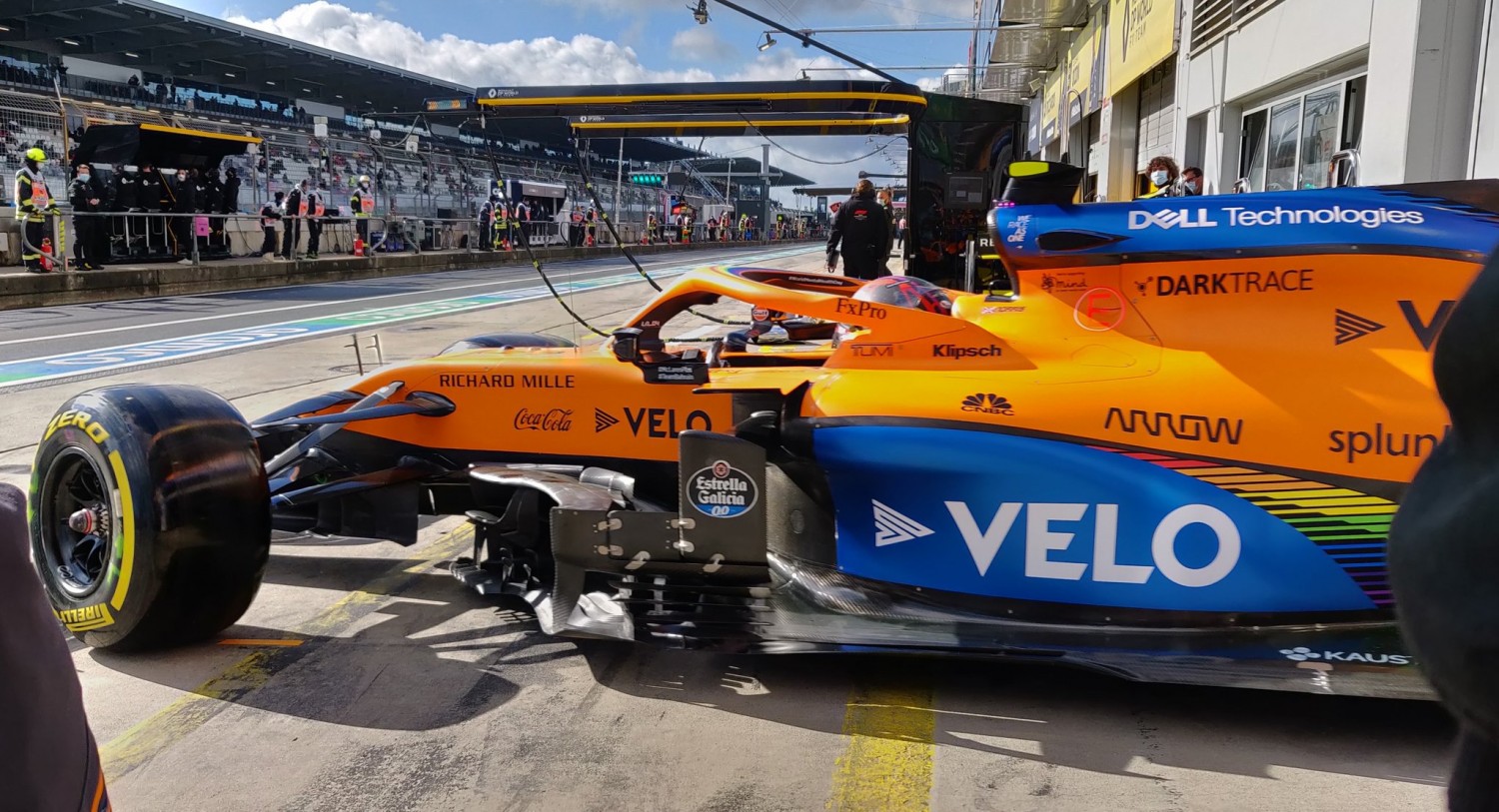 "We decided to split the cars, Lando's been on the old package all day long and he looks to be a bit happier than me so, I don't know, many question marks at the moment.

"I think I did a good job of developing through qualy and getting the car in a better window as we were very far off in Q1, but at the moment we are very far from where we want to be."

Norris said that in hindsight, because of Friday's disruptions, he was glad not to be running the new package in Germany.

"It is more difficult just because it takes a bit of time to understand the package completely and, when you only have one practice session like we had this morning, it's hard to work out what's the best set-up for it and how to extract all the potential out of it," explained the Briton.

"So that's the difficulty with having the upgrades, and that's what Carlos had to deal with. But I was very happy with sticking with what we knew, and it seems to have paid off. So I'm happy from my side."

As he considered his prospects for Sunday's race, Sainz feared a tough afternoon in the Eifel, likely limited to data collection and damage limitation.

"Parc ferme means we can change nothing to the car for tomorrow," he said. "So it will be more a day of trying to make some data gathering for the engineers and everyone back home.

"So far, you know, not very happy. It hasn't been a very good day for me. It wasn't a good weekend for Lando in Russia with the new package. So I don't know. We need to double check everything."

Hamilton regrets not sticking with mediums in qualifying

Verstappen blames understeer for missing out on front row