Daniel Ricciardo says that todays performance in qualifying for the Eifel Grand Prix shows how much progress Renault has made on high-downforce circuits over the course of the season so far.

He said that the team hadn't been fully aware of the challenge presented to the R.S.20 by the Nurburgring until they finally got out on track, a day late after poor weather meant no running in Friday's free practice sessions.

"This is pretty much a maximum downforce circuit, and these are the ones which we have shown most of our weaknesses on [in the past]," he told the media after the end of the session. "Even Mugello wasn’t maximum downforce.

"This is more like Barcelona, where we have struggled more, so it confirms the progress the team has made."

Both he and his team mate Esteban Ocon successfully made it through to the final pole shoot-out round and will start from sixth and seventh on the grid respectively in tomorrow's race.

“Solid one from the team again, sixth and seventh,” Ricciardo acknowledged. "Sixth is alright. We can have a good one from there.

"I did another quick lap in Q2 and couldn’t quite get it together in Q3, but I don’t think it made a difference to the position."

Ricciardo has Ferrari's Charles Leclerc and Red Bull's Alex Albon in his sights immediately ahead of him on the grid, and admits that he didn't have the pace to challenge them in today's session.

"Charles and Alex were a couple of tenths ahead and I didn’t quite have that," he admitted. "Everyone was on track at a similar time, so it was quite enjoyable. 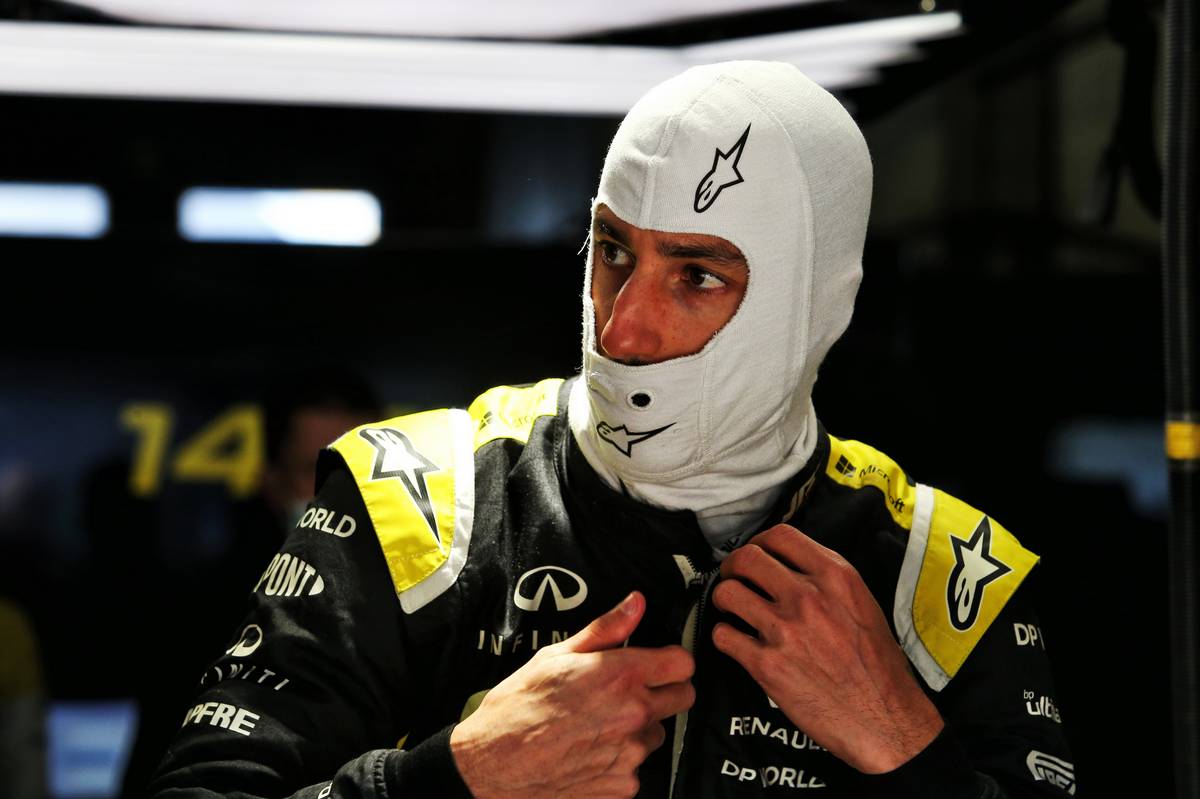 "We know it will be close in the race, but I’m excited and I think we can be up there and aim for a top six finish.

"We’ll see how the soft [compound tyre] holds up, as it looks like it could be susceptible to graining. If it’s dry or wet, it should be an interesting race."

Ricciardo and Ocon will also have to be wary of the threat from behind, which includes McLaren drivers Lando Norris and Carlos Sainz.

"We’re happy with that qualifying result," said Renault sporting director Alan Permane. "Sixth and seventh, ahead of our immediate championship rivals, gives us a very strong basis for the race.

"We will of course be keeping one eye on the weather, even though we are expecting it to be a dry day.

"Overall it’s been a positive start to this shortened weekend and are looking forward to a good race tomorrow.”