While Vettel owed his third-place finish at Istanbul Park to a mistake on the final lap of Scuderia teammate Charles Leclerc, the two-time world champion had delivered a solid performance up to that point, kicked off by a scintillating opening lap that saw him move from P11 on the grid to third.

Binotto, who was not present in Turkey last weekend, believes Vettel's performance indicates that the outgoing Ferrari driver is perhaps finally coming to grips with the Italian outfit's SF1000.

"I’m very pleased for Sebastian," said Binotto. "I think a podium for him is very important. It has been a difficult season for him.

"I think he has started being, at least now at the end of the season, [more] comfortable with the car. He’s delivering better." 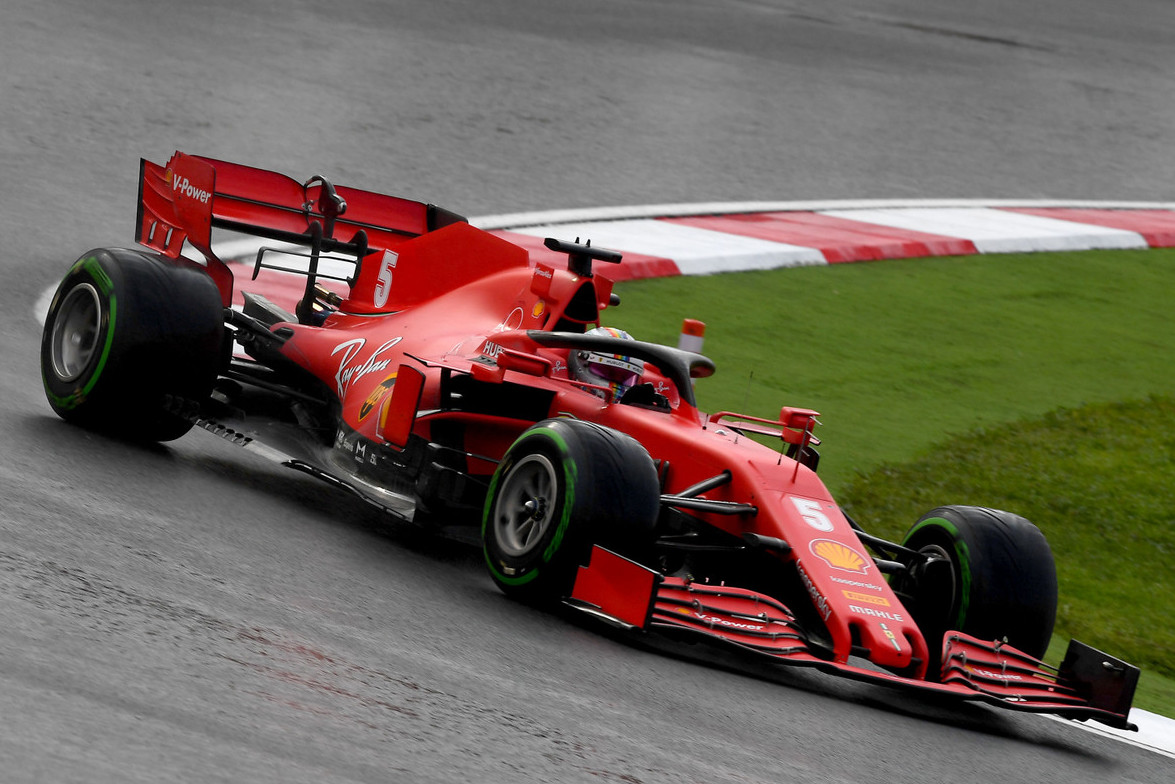 "He had a very good start, very consistent, with good pace. He was managing the tyres, managing to keep the positions, and holding the positions. And overall, even on the last lap, he did well because he took the opportunity. And it’s great for him.

"He just finished third, very close to Perez. But great, I’m happy for him. Still three races, and hopefully we will do as well in the next one."

Vettel has significantly trailed Leclerc this season, both in qualifying and on race day, readily admitting to a performance deficit relative to the Monegasque that he could not explain.

But the 33-year-old hopes that last weekend's result will open the door to a productive final three races with his team, although he was quick to recognize the particular circumstances in which his performance was achieved.

"I think I’ve struggled obviously to squeeze the maximum from the car," Vettel said. "So I hope in the next races that we are closer.

"The races I think we've had so far have obviously been compromised, because once you're in the back, you're sort of stuck.

"In the wet everything is a bit different, and you can... you can be lucky or unlucky, you can make a difference more than in the dry."