Daniel Ricciardo says Renault's meager result in the Turkish GP means the French outfit is now an "underdog" in the battle for third in F1's Constructors' championship.

Renault salvaged but a single point - courtesy of Ricciardo's P10 finish - from last Sunday's chaotic round at Istanbul Park while Racing Point and McLaren bagged respectively 20 and 15 points.

From third in the standings ahead of last weekend's race, Renault now sits fifth, 18 points adrift from Racing Point and 13 points behind McLaren.

The Enstone squad will have its work cut out for it to overhaul its rivals in the final three races of the season, but Ricciardo believes the undertakinfg is "doable". 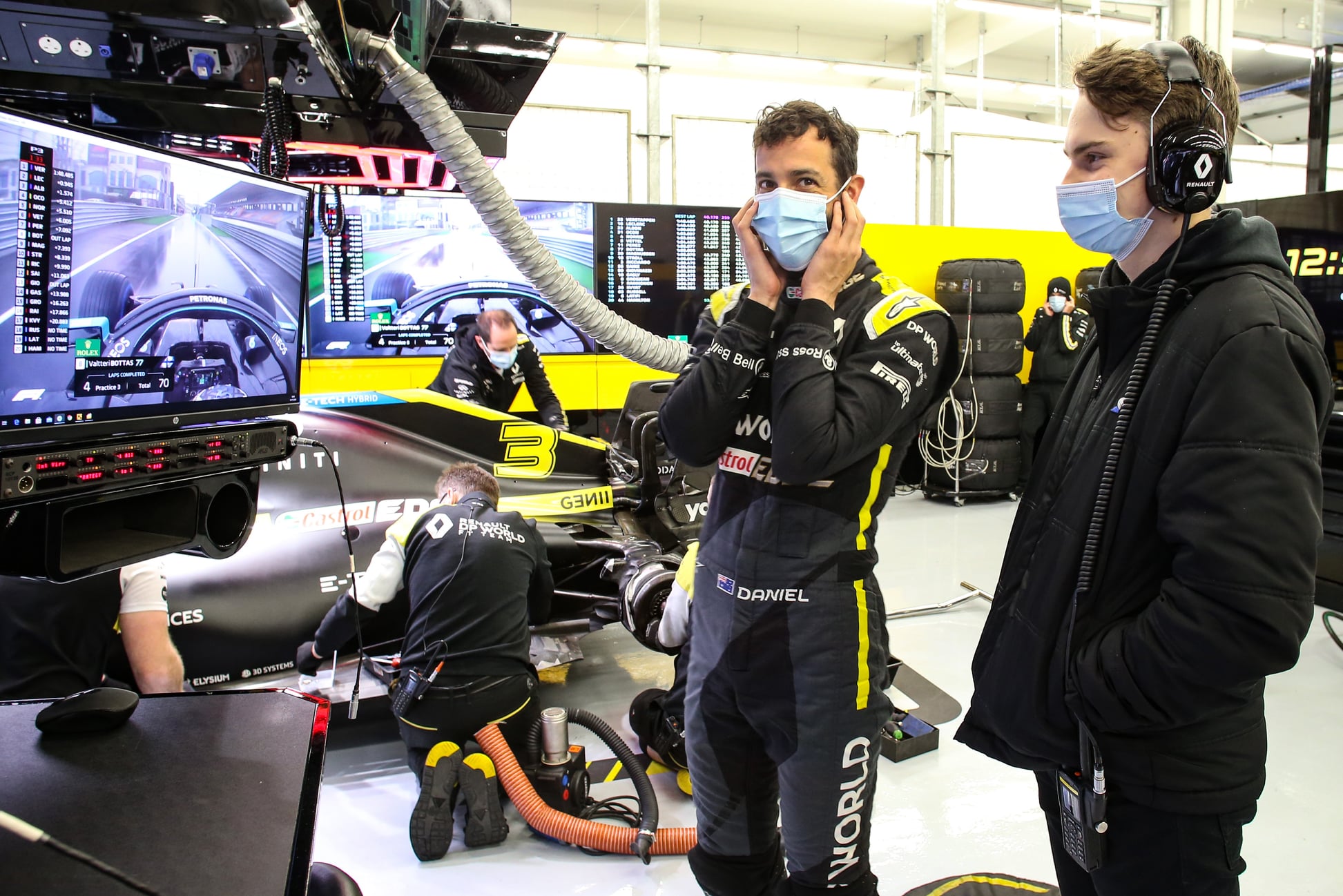 "For sure now we are the underdog, but it is still doable," the Aussie said.

"There are still three races, if there was only one race left or even two I would be more pessimistic. But we can still do it.

"It is a shame that there was a big swing [in Turkey]. It does sting, we cannot deny that. But with three races to go we still have a chance to pull it off.

"Although the races will be dry there will still be a bit going on. Bahrain is a tight Turn 1, and maybe Sergio [Perez] and Lance [Stroll] want to get into each other! We will see!"

At Istanbul Park, Renault found itself on the back foot at the outset following a skirmish at the first corner involving both its drivers.

"The start was really good but I had come out of it because I had nowhere to go," explained Ricciardo.

"Then Esteban had a nice run because of it on the outside, and Lewis [Hamilton] had a nice [run] on the inside and I was a little bit of a sandwich.

"It was a bit of a shame for sure, but then there were moments in the race where we had a bit of pace but just not consistently. That was the biggest thing.

"There was a moment when Carol, my engineer, said you’re one of the quickest on track, and then two laps later the tyre completely died. So we did not have sustainable race pace to fight anybody."

Button: "Different" Alonso will be a team player with Renault