Renault's Esteban Ocon heads to Bahrain this week determined to turn around the bad luck that has dogged his results recently.

Renault's improved performance in the back half of the season yielded podium finishes for Daniel Ricciardo at the Nürburgring and at Imola.

But Ocon, whose progress over the year has inched him closer to the Aussie's performance level, was sidelined at both venues by mechanical issues.

The Frenchman certainly deserves a couple of trouble-free races and an opportunity to shine as bright as his teammate.

"I’ve said it doesn’t feel like we have too much luck on our side of the garage, but I believe it’s in our own hands to turn that around.

"There’s not much time to feel sorry for ourselves, so I’m determined to have a solid weekend and take some big points at a strategic time of the season." 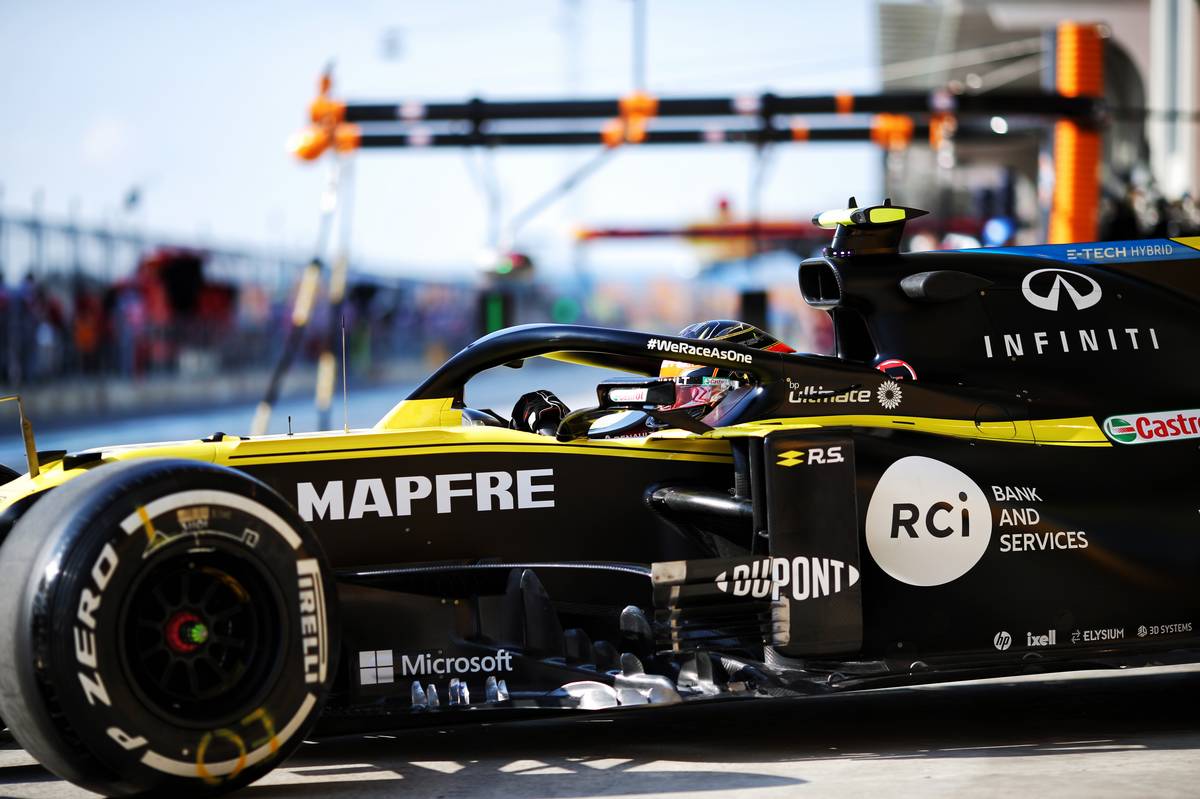 Bahrain's double-header, which will take place on two distinct tracks configurations at Sakhir, the second of which has never been experienced by F1, will unfold in a much warmer environment than the chilly settings recently encountered by drivers.

"It’s going to be a lot hotter than what we’ve experienced recently, especially compared to Portimão and Turkey, where it was a lot cooler!" Ocon added.

"It’s back to a more normal weekend in terms of the conditions.

"It’s certainly a challenge for the cars and drivers racing in the heat.

"It’s going to be a little more conventional to have the tyres working back to normal and then it’s up to us to do the best on car set-up.

"Bahrain brings some great opportunities for overtaking and it’s also usually a great race for strategy, so let’s see what happens this weekend.

"Turn 1 is the best overtaking spot and Turn 4 is also pretty good. Overall, it’s a cool track, so I’m really looking forward to going there."

"One of the features of the Bahrain race weekend is the timing of the sessions, with practice one and three taking place in the heat of the day and practice two, qualifying and the race all later in the afternoon, when the track starts to cool down after sunset," Pilbeam explained.

"This has a significant effect on tyre grip and performance, and makes practice two by far the most relevant practice session as it is the closest to the conditions of qualifying and the race.

"The circuit is generally quite hard on tyres, with some high speed cornering that generates a lot of energy, and a high traction demands out of the low and medium speed corners."