Lance Stroll believes that he could have claimed victory in Sunday night's Sakhir Grand Prix instead of his Racing Point team mate Sergio Perez, but that it all came down to an error he made leaving pit lane.

The Canadian made up four places on the opening lap of the race putting him into sixth place by the time that the first cars ahead of him started to pit for their first scheduled stops.

Like most of them them, Stroll had started the race on the soft compound. But unlike them he was able to extend his first stint all the way to lap 42, putting him up to third by the time he finally came in for a new set of hard compound tyres.

He emerged back out on track just ahead of Esteban Ocon who had made his own stop the lap before. It put him on tyres that had been able to heat up, and the Frenchman was able to pass Stroll for the position when the Racing Point ran wide.

"I went a little bit deep on my pit exit after my pitstop, and Esteban managed to get by me," Stroll recalled after the race.

And as a result of finding himself behind the Renault, Stroll also fell foul of a move by his team mate seconds later in turn 4. 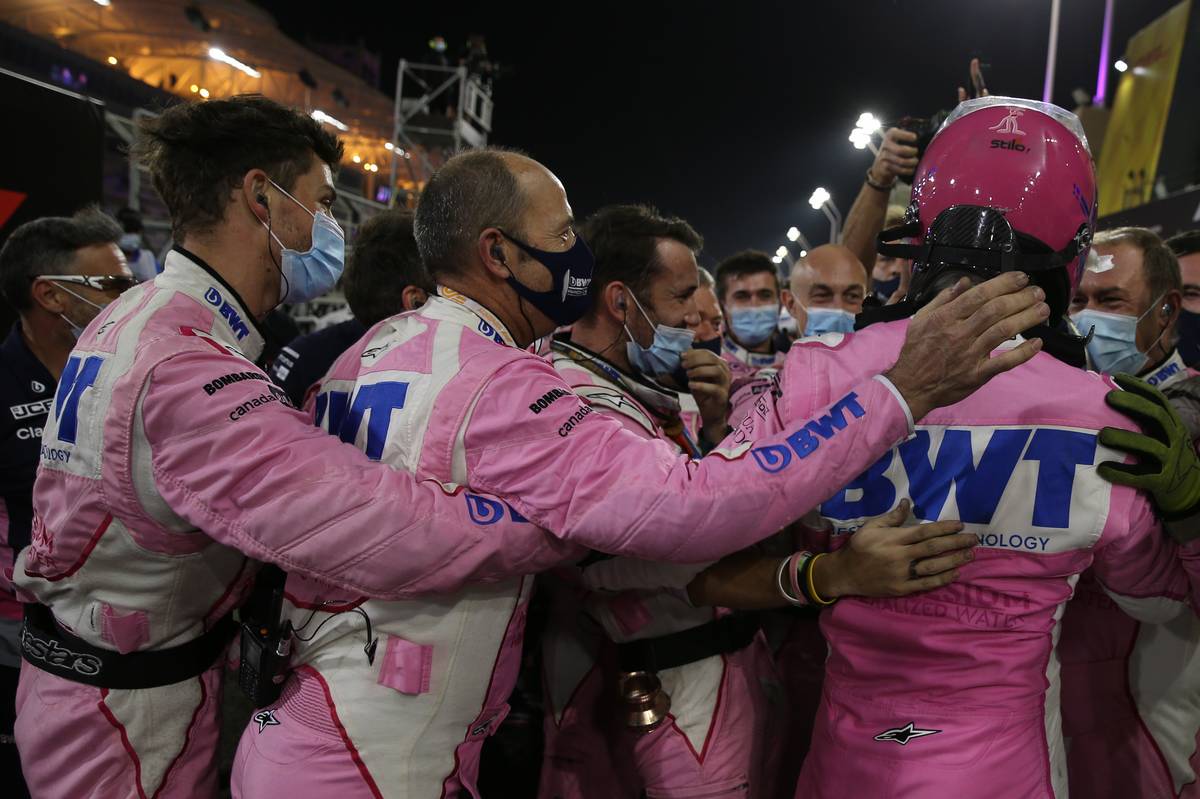 "I think being in the fight with Esteban and Sergio, I was late on the DRS actually out of three," he explained.

"Sergio got a good run on me and then I was defending. I just miscalculated it, braked a little bit late and locked up.

"It's one of those things," he added. "I just didn't really have the pace to overtake Esteban. I got held up there a little bit."

With Stroll unable to get around Ocon in the closing laps following a late safety car and Mercedes' painful pit stop blunder, Stroll had to settle for third place but felt more had been on offer.

"A part of me is a little bit disappointed that I think I could have won the race," he stated. "But all in all very happy for the team. 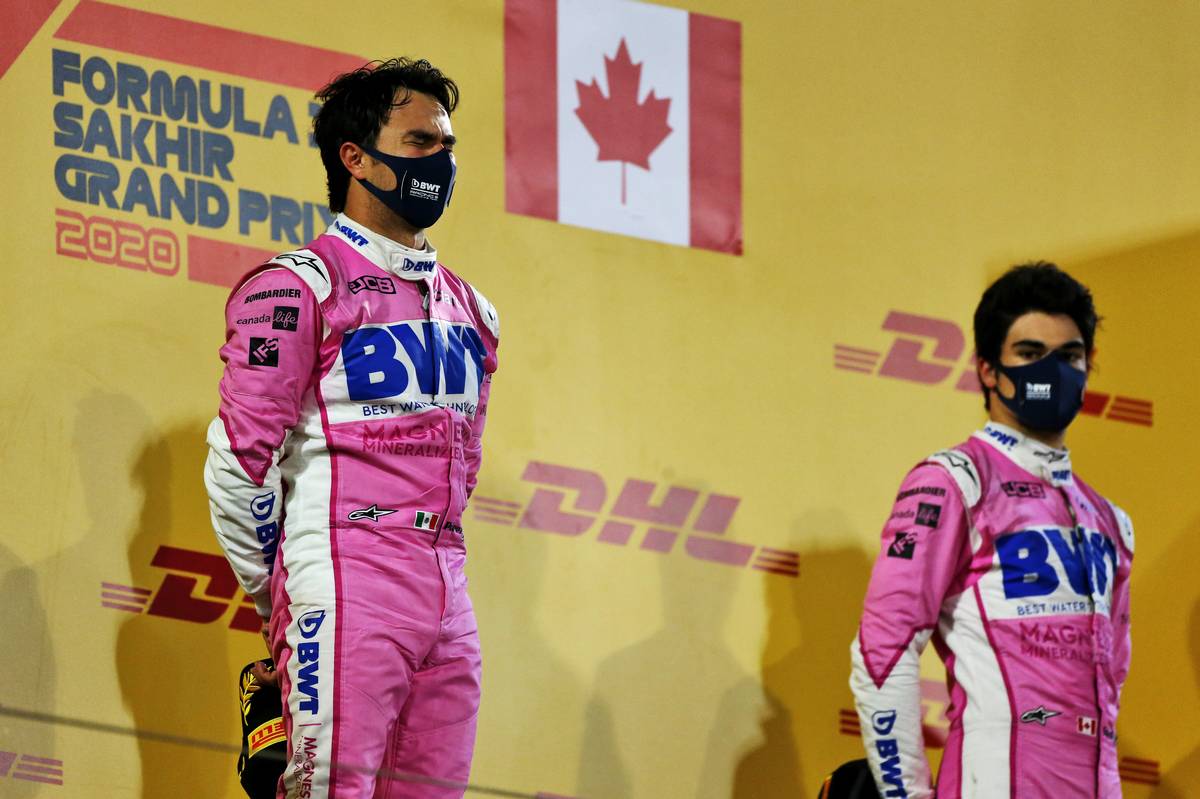 "I am super happy for Sergio," he insisted. "He has been up there for such a long time waiting for the win and it came this weekend, so I am really happy for him."

"It's an unbelievable result, and first and third is exactly what we needed this weekend for the championship."

Racing Point is locked in a super-tight battle for third place in the constructors championship with Renault, McLaren and Ferrari.

They lost ground after both cars retired in last week's race, but the double podium success on Bahrain's outer loop circuit had put them back on front by ten points from McLaren.

Renault are a further 12 points in arrears with one race to go, while a double DNF for Ferrari in Sakhir puts the Italian team out of the running for third place with one race remaining in 2020.

Ocon in tears after proving himself with podium finish