The 2020 season was a painful one for four-time world champion Sebastian Vettel, who knew even before the first race in Austria that he was being let go by Ferrari at the end of the year.

With just seven top ten finishes including a podium in Turkey, Vettel ended the year in 13th place in the drivers standings - his worst season since his F1 debut in 2007.

But as he heads off to make a fresh start with the newly rebranded Aston Martin team next year, Vettel insists that the year wasn't a complete loss and that he's learned a lot of valuable lessons about life, F1 and himself personally.

“It was a difficult year, but I think I worked a lot in the bigger picture, stuff that will help me for whatever comes next,” Crash.net reported Vettel as saying.

He insisted that he left Maranello without any animosity to those at Ferrari including team mate Charles Leclerc, and that he wishes them well as they seek to rebuild their form in 2021.

"I’m sad I leave the team, but obviously that’s a decision that’s been taken some time ago," he said. "I take it as a man, so there’s no problems with that.

“I hope, because I deeply care about this team, they will get back to grips," he continued. I wish this team well, I wish the guys well.

"Charles is a young, fresh hope of this team and I hope he gets the car he deserves in the next years.”

Vettel also wished Ferrari sporting director Laurent Mekies and the rest of the team and engineers on pit lane the very best for the future.

“There’s many reasons why you can argue we did not succeed and finish the mission we set out to achieve," he added when asked about the failure to win a fifth title after moving to the Italian team.

"For sure that’s what we were after, in the end we didn’t get it," he acknowledged. "But what you keep ultimately is the memories and the passion I shared with so many people along the way.

"What I will keep for sure for the rest of my life is spending my time not only with professionals but also the people behind them. 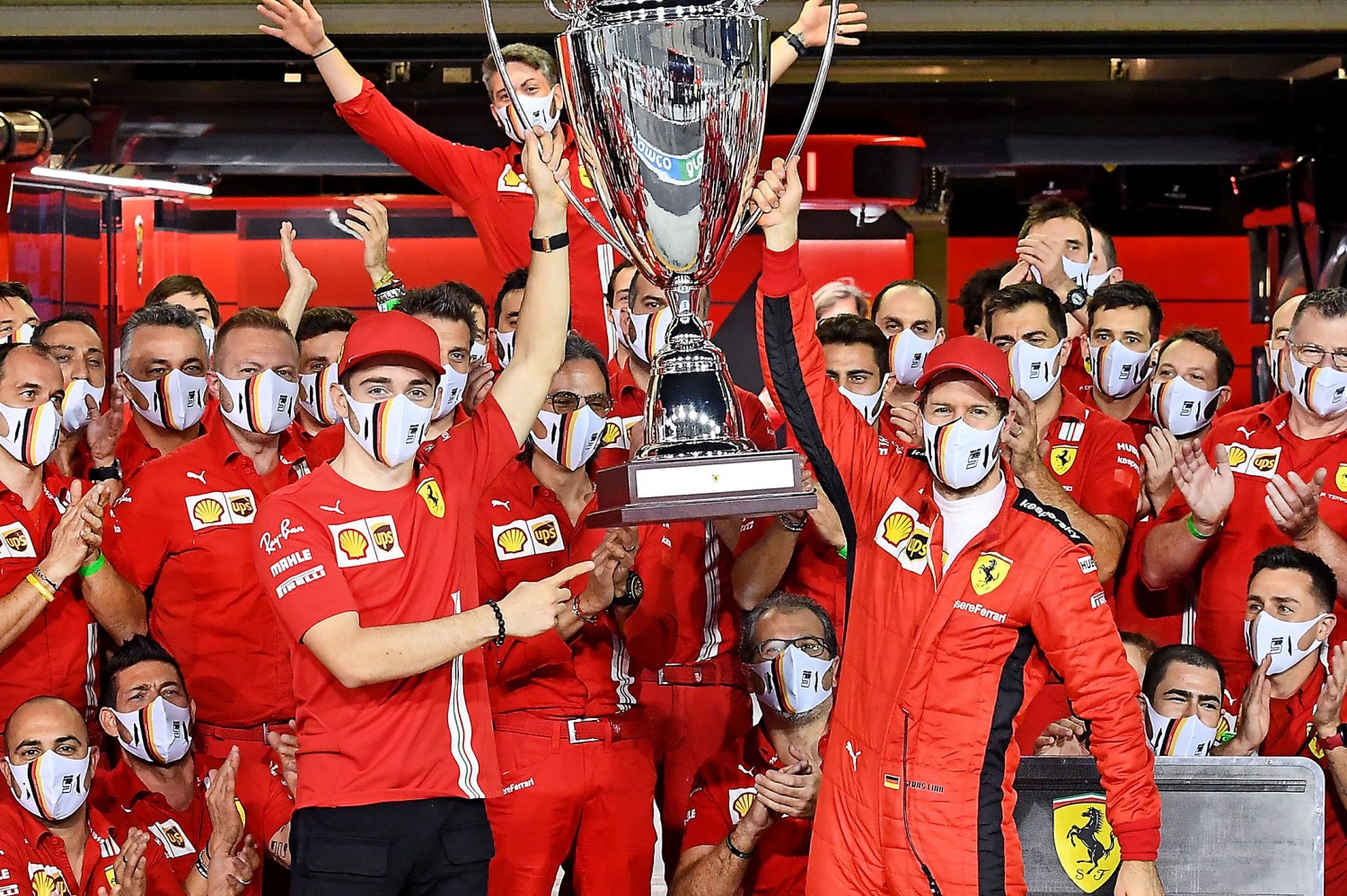 "The great heart and passion that drives them, the commitment they have, the guys in the garage, in the engineering office, in Maranello.

“It is a goodbye to many friends and in a way I fell in love with, in the last years, so those I will miss.

"I’m sure I won’t lose those completely. We have a saying in German - you always see each other twice in life. I think time will tell."

But for Vettel personally it's clearly time to close the door on a period that never managed to deliver the title-winning campaign it had promised at the outset.

“I’m very excited for what comes next," he insisted. “Obviously it is a new chapter, a big start, and time will tell.

"But as I said, I’ve learned - despite the poor results this year - I’ve learned a lot about myself and my future on track and off track.

"I’ve learned so much from this team. They have given me so much, I’m very grateful for that. It’s beyond titles and victories."

Wolff admits to missing Lauda 'more than ever' in 2020