Alpine F1 team principal Cyril Abiteboul says that Renault will be a significantly stronger contender in 2021 than it was in its final season as Renault last year.

He predicted that the team will be a much bigger threat to McLaren and Aston Martin in the constructors championship - and that ironically it was departing driver Daniel Ricciardo who had done much to make it happen.

Ricciardo has now moved to McLaren to take up the race seat alongside Lando Norris vacated by Ferrari-bound Carlos Sainz.

"He made an impact and we are so different today to what we were two years and a half ago," he added in an interview with the official Formula1.com website.

“He’s given a lot. What he’s given first and foremost as a driver, he’s been remarkable, in particular this year. I think there is no doubt about the progression of the team this year.

“It’s very much a credit to Daniel who’s been clearly leading the charge of the team and behind him a group of people and a group of mechanics and engineers who are doing a remarkable job on track. 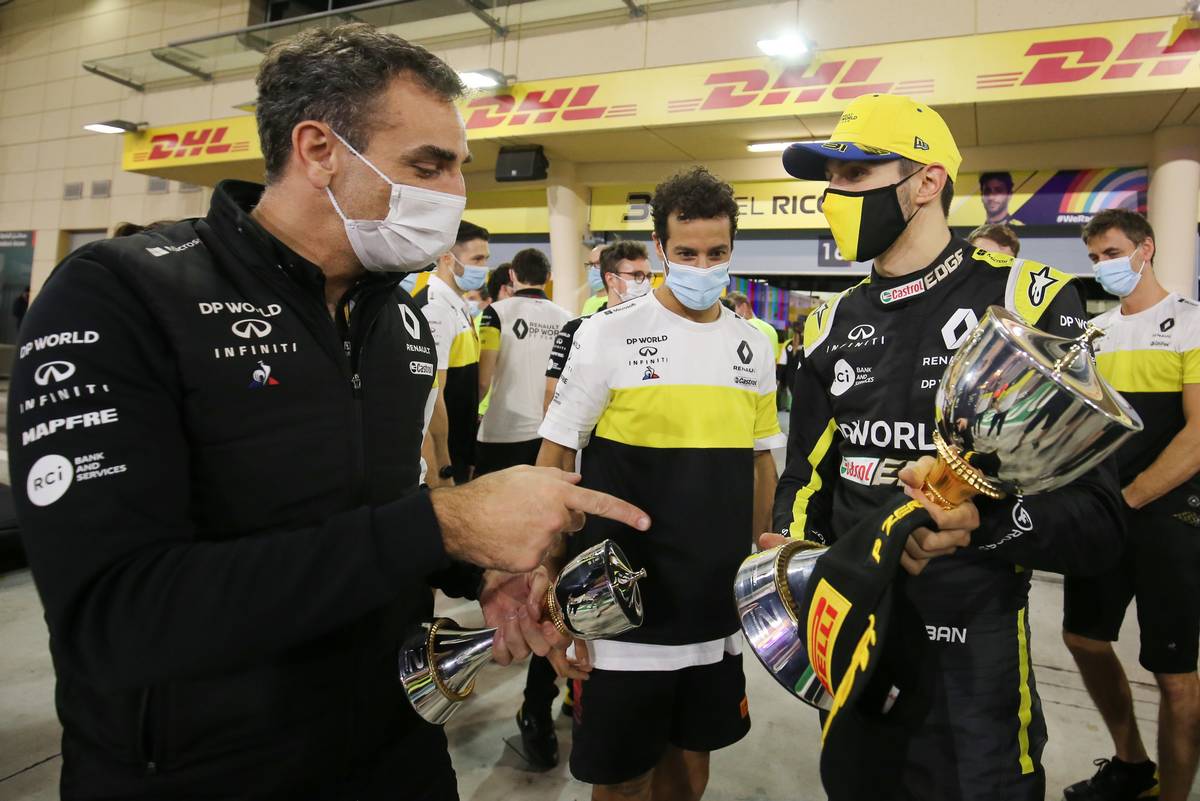 "Off-track, obviously we know Daniel is a great ambassador, is a team leader. He has clearly been instrumental to the changes that we’ve done last year when we had altogether a disappointing season."

Ricciardo made the decision to leave Renault before the delayed 2020 season got underway and he had a chance to see the progress made by the team after a frustrating 2019 campaign.

Ricciardo picked up two podiums at the Nurburgring and Imola, while his team mate Esteban Ocon was also in the top three for the first time in Sakhir. However they missed out on third in the final team standings by 21 points to McLaren.

While the news that he was leaving initially strained relations between the driver and the team, the subsequent run of success has healed the breach and left Abiteboul wishing Ricciardo nothing but the best for the future.

"We’re also glad to see him in a great team, and we look forward to an exciting battle against McLaren and Daniel next year."

Two-time world champion Fernando Alonso returns to the team this season after a a two year sabbatical from Formula 1.