Lando Norris was delighted by another strong qualifying effort this weekend, and described his final run in Monaco as feeling like it was worthy of being a pole position-winning lap.

In the end it was good enough for fifth place o the grid for Sunday's race, but he was just 0.274s away from the top time set by Ferrari's Charles Leclerc.

"I put everything into this last lap, had nothing to lose," he told the media afterwards. "I was in a good position already. I took a few more risks, and it felt like a pole lap.

"I feel like I really delivered. Two tenths off [the pole] makes me feel bad in a way, but I’m super happy with it. It’s hard to describe but I feel good.

"There’s just so much adrenaline," he continued. "I don’t know what I feel, it’s just, you go round there so many times, you blink, and you’re through the corner, and the next corner you blink

"It just happens so quickly," he added. "You don’t have time to take any of it in, especially this last lap ... My heart is racing so much. I don’t know, it feels frigging cool to kind of do that!"

It's only the second time that Norris has taken part in qualifying at Monaco, one of motor racing's most iconic circuit. In his rookie season in 2019 he started from 12th on the grid and finished 11th, while last year's race was called off because of coronavirus. 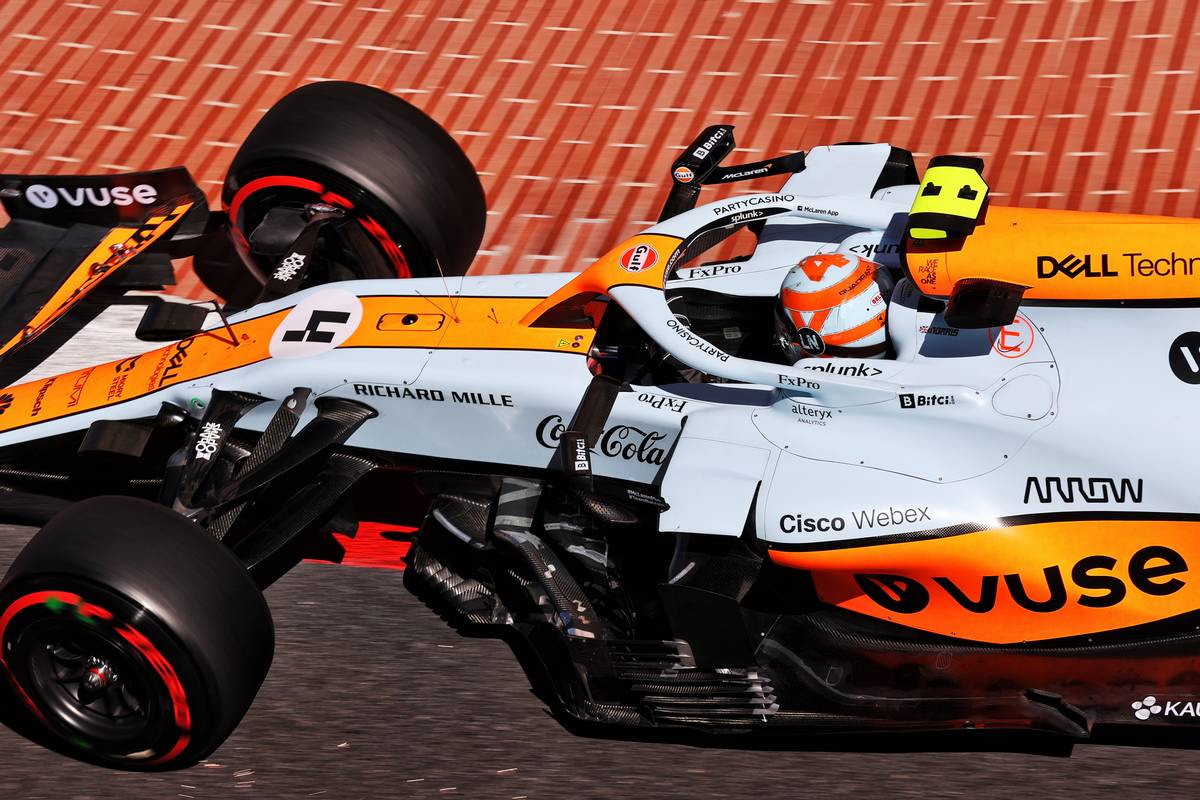 "I didn’t get into Q3 a few years ago but now I feel like I did everything I could. I was really happy with my lap.

"We did a slightly different strategy with the tyres, which we were constantly talking about while were in the garage, on the track, and we didn’t know what to do. But I think we made the right decision in the end

"I’m super, super happy with P5,” he added. "We did a good job today as a team and we just need to try to finish it off tomorrow."

His team mate Daniel Ricciardo will start the 2021 Monaco Grand Prix from 12th place and was frustrated to miss the cut at the end of Q2..

With both Ferrari cars set to start from the front row rows of the grid, McLaren are braced to take a hit in the constructors standings with their rivals likely to catch up and overtake them for third place in the points.