Mercedes team boss Toto Wolff says the Brackley could protest in Baku those rivals that it believes are running flexible wings that exceed the regulatory norms of the FIA.

A "bendy wing" saga has come to the forefront in F1 since the Spanish Grand Prix where video evidence appeared to indicate that the rear wing on Red Bull's RB16B was flexing backwards to a significant degree.

Although Red Bull team boss Christian Horner ensured the FIA was happy with the car's aero appendage, the governing body issued a technical directive after Barcelona in which it stated that it what rely on more stringent load tests from next month's French Grand Prix at Paul Ricard.

However, both Mercedes and McLaren were unhappy with the delay awarded by the FIA for teams to bring their wings to conformity, insisting they would be permitted to rely on their original flexible wing designs at the Azerbaijan Grand Prix, and benefit from them. 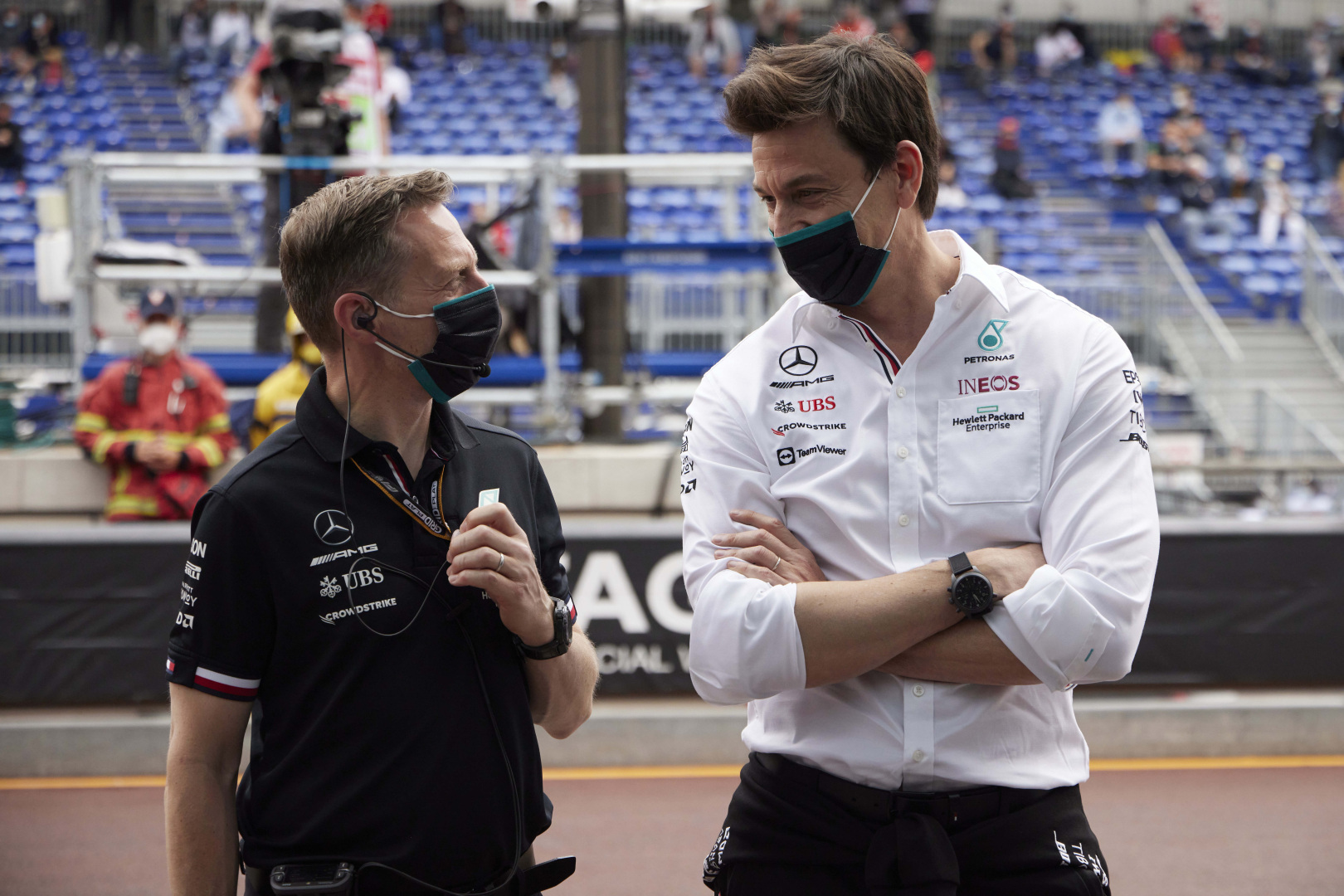 In Monaco, Wolff said Mercedes could protest in Baku those rival outfits it suspects are exploiting the "bendy wing" ploy.

"Yeah, I think if the limbo wings are on in Baku, with the advantage that we see, it's going to go to the stewards", Wolff told Sky Sports F1.

"And if the stewards are not enough, then it's going to go to the ICA [International Court of Appeal]. So I guess the FIA is going to clarify things before Baku, because if not, it could be very messy."

There is speculation that Mercedes' protest threat could be countered by Red Bull taking aim at the front wing of the Brackley squad's W12, although Wolff ensured that his team had the law on its side.

"We've analysed the front wings, and they are bending exactly the same way as the Red Bull - so we could be protesting each other on the front wing also," he said.

"But it's clear that the rear wing bends more than it should. Under the rules, it has been classified as non-conformant.

"But we are left in a vacuum where it's a new test that will be introduced after Baku. So it is what it is. But we are pretty robust in our legal position."