Bernie Ecclestone led motorsport's tributes to the late Max Mosley, the former F1 supremo saying the passing of his old friend is "like losing family, like losing a brother".

Mosley, who died on Sunday night at the age of 81 after a long battle with cancer, was a central figure in motorsport, first as a co-founder of March Engineering and then later as the controversial president of the FIA.

But more significantly, Mosley formed for many years an inseparable double act with Ecclestone that progressively transformed F1 into a billion-dollar entertainment powerhouse.

"It’s like losing family, like losing a brother, Max and I," said a saddened Ecclestone. "He did a lot of good things not just for motor sport, but also the [car] industry.

"He was one of the greatest people I ever knew. He should have been Prime Minister and I told Margaret Thatcher that.

"He suffered for too long," said Ecclestone of Mosley's terminal illness. 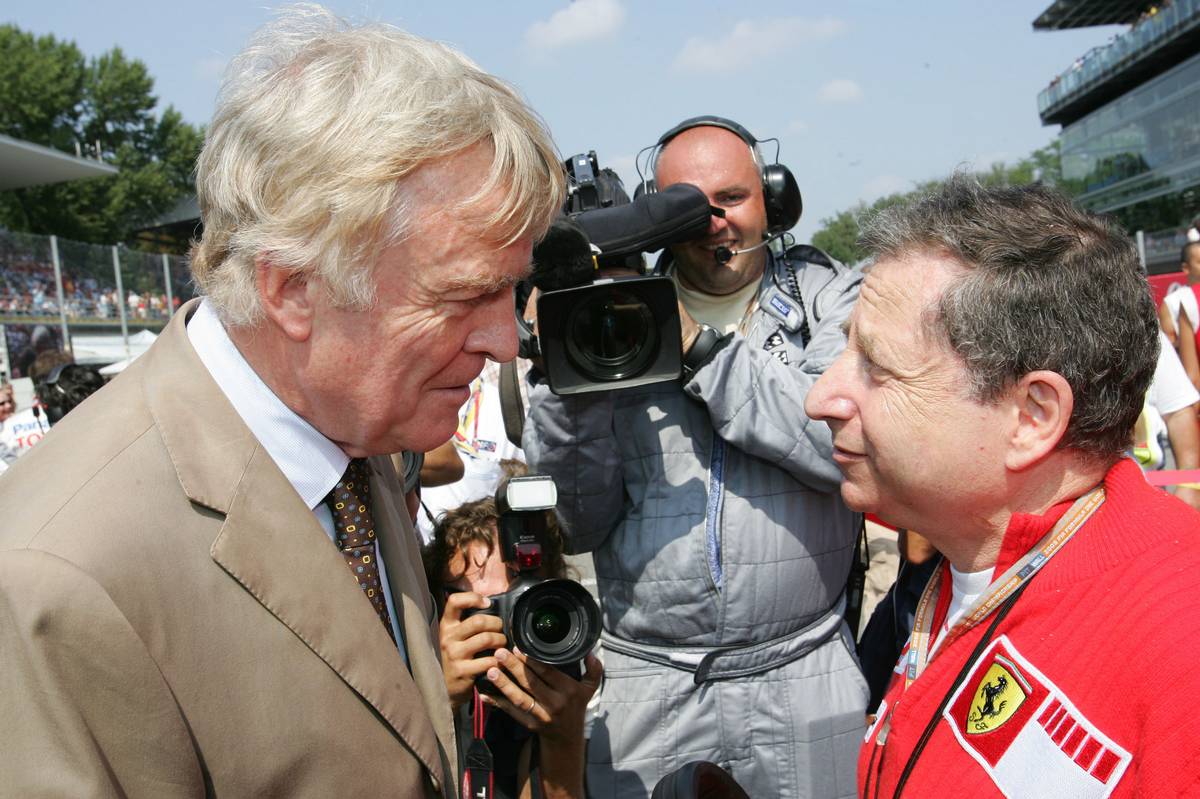 Current FIA president Jean Todt also made tribute to Mosley achievements and legacy at the helm of motorsport's governing body.

"Deeply saddened by the passing of Max Mosley," Todt wrote on Twitter.

"He was a major figure in F1 & motor sport. As FIA President for 16 years, he strongly contributed to reinforcing safety on track & on the roads. The entire FIA community pays tribute to him. Our thoughts & prayers are with his family."

The Formula One Group and the sport's teams also honored Mosley's memory.

"We are saddened to hear that Max Mosley, former FIA President, has passed away," said Formula 1 in a statement. "A huge figure in the transition of Formula 1. Our thoughts are with his family and friends at this sad time."

"We are deeply saddened by the news of Max Mosley's passing," said Ferrari, a team that often found itself at loggerheads with Mosley during his final decade as FIA president. "He was passionate about motorsport and as President of the @FIA he made an immensely valuable contribution to improving safety in the sport."

"Alpine F1 Team is deeply saddened to hear of the passing of Max Mosley, a Titan of the sport who contributed so much to the modern age," the French outfit said. On Twitter.

"His legacy endures to this day and will continue into the future. Our thoughts are with his family at this sad time."

"From driver to team founder to FIA President, Max Mosley was a powerful modernising force for world motor sport and a unique personality in our industry," said a Mercedes statement.

"On behalf of Mercedes, we extend our sympathies to his family and friends."

Finally, Sir Frank Williams, who ran Mosley as a driver in the 1960s, expressed how the Briton had remained a close ally over the decades even if they did not always see eye-to-eye during the latter's tenure at the helm of the FIA.

"Max had a profound impact on the wider world of motorsport, but on a personal level played an integral role in helping establish the foundations for the Williams team. He was a smart, talented man and his loss will be felt deeply by all those who knew him," said Sir Frank in a statement.

"He led the sport into a new era during this period, one characterised by improved safety and technological innovation, and for that he will always be remembered fondly.

"My thoughts, and those of the Williams family, go out to his family and friends at this challenging time."