Max Verstappen claimed a narrow victory over Lewis Hamilton in a tense exchange in the French Grand Prix, which saw tyre strategy playing a crucial role in the outcome.

The Red Bull driver lost the lead at the start after braking too deep into turn 2, but regained the position during the first pit stops. He then switched to a two-stop strategy which allowed him to hunt down Hamilton in the closing laps.

Sergio Perez picked up the final podium place from Valtteri Bottas, which means that Red Bull have extended their lead in the constructors standings to 37 points while Verstappen moves eight points further ahead in the drivers championship. 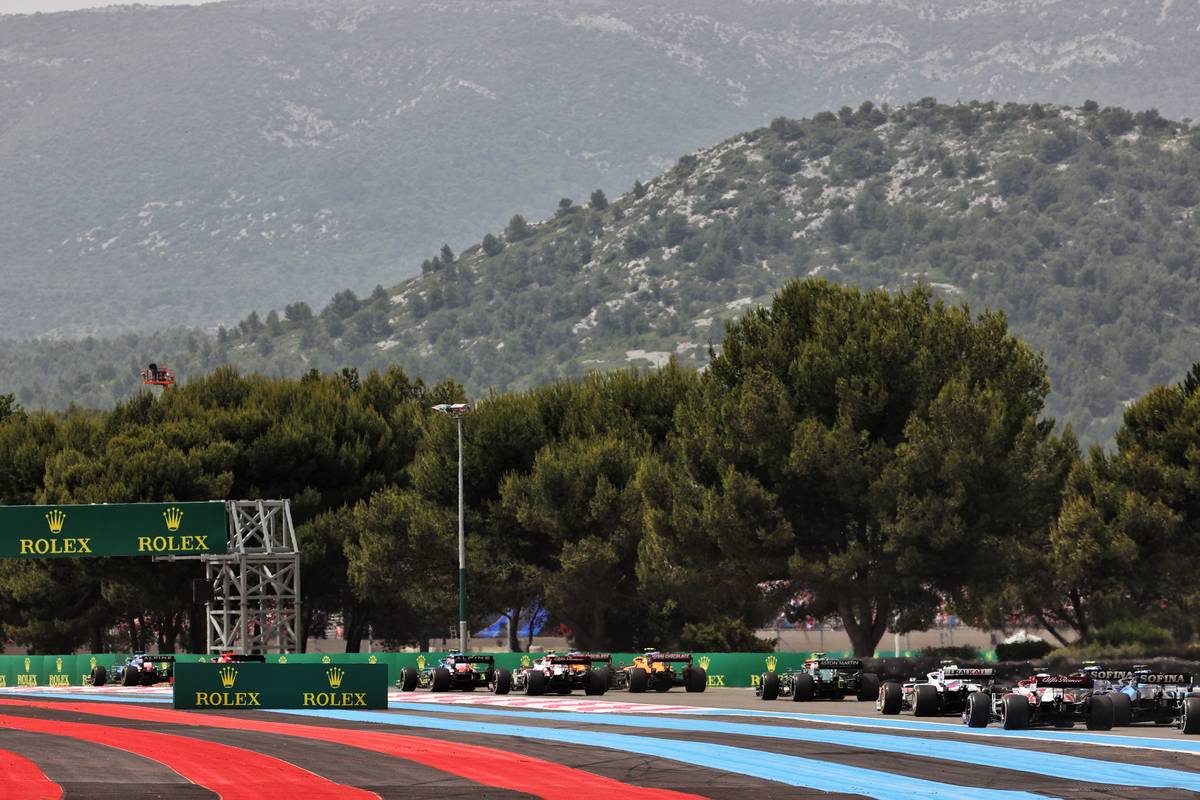 Despite morning showers and heavily overcast skies, gusty winds and high humidity meant that the Circuit Paul Ricard had completely dried by the time that polesitter Max Verstappen led Lewis Hamilton, Valtteri Bottas, Sergio Perez and the rest of the field to the grid for the start of Sunday afternoon's race. The top ten all lined up on the medium compound with a view to one-stopping, while Esteban Ocon in 11th followed by Sebastian Vettel and Antonio Giovinazzi were all on the hardest tyres as were Kimi Raikkonen, Nikita Mazepin and Lance Stroll at the back. The only man missing from the line-up was Yuki Tsunoda, after overnight repairs to the AlphaTauri including a brand new floor for the AT02 necessitated a pit lane start for the Japanese driver.

When the lights went out, Verstappen appeared to get a great start to convert pole into an initial lead, but the Red Bull left it late braking into turn 2 and suffered a lack of rear grip causing him to run wide, giving Hamilton the chance to seize control of the race. Verstappen did manage to get the car back on course to hold onto second place ahead of Bottas, while a poor start from Sergio Perez left the Mexican battling Carlos Sainz and Pierre Gasly to retain fourth place. However Lando Norris had lost two places with a scrappy opening lap, leaving him down in tenth behind his McLaren team mate Daniel Ricciardo. 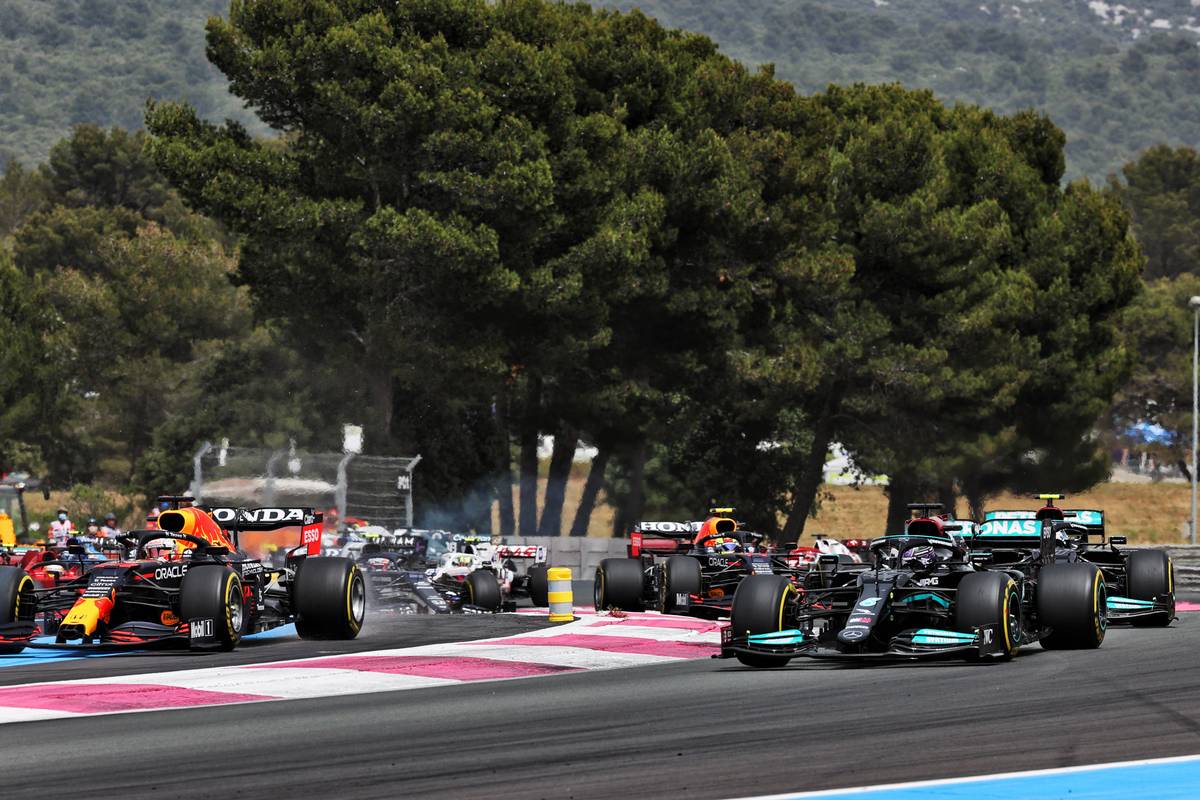 Seven laps in and the top three were still circulating within three seconds of each other, Perez having dropped back to preserve his tyres in light of reports from the leaders that the medium compound was degrading quicker than predicted after the circuit had been left in a 'green' state by the earlier rain. Further back, Stroll had climbed from the back row to 15th place and Tsunoda was already up to 16th despite his pit lane start. That put him ahead of Williams pair Nicholas Latifi and George Russell, as Nikita Mazepin pulled off a nice pass on his Haas team mate Mick Schumacher to pull himself out of the wooden spoon position.

Ricciardo and Norris had been having a bad-tempered squabble from the start, but on lap 12 they ganged up on Alonso with both McLarens making short work of the struggling Alpine at turn 8 and turn 11 respectively. It meant Alonso was now down to tenth place, and next time by he was powerless to resist Vettel who had already dispatched Ocon. Meanwhile Ricciardo's forward march continued with a successful pass on Charles Leclerc, which resulted in the first stop by one of the leaders as the Ferrari came in for service and a switch to the hard compound on lap 15, temporarily dropping him down to 18th.

McLaren directed Ricciardo to pit on lap 17 with the intention of undercutting Gasly, but instead it dropped the Aussie back behind Leclerc undoing his earlier good work. However his outlook improved considerably a few moments later when Sainz and Gasly subsequently pitted only to fall behind Ricciardo. Next time by it was Bottas' turn to come in, a brisk 2.5s trouble-free pit stop that put him back out in fourth albeit half a straight behind Perez. Verstappen could wait no longer and responded by pitting next time by, which dropped him into the gap between Perez and Bottas when he resumed. Then it was Hamilton's turn to surrender the lead and dive into pit lane. 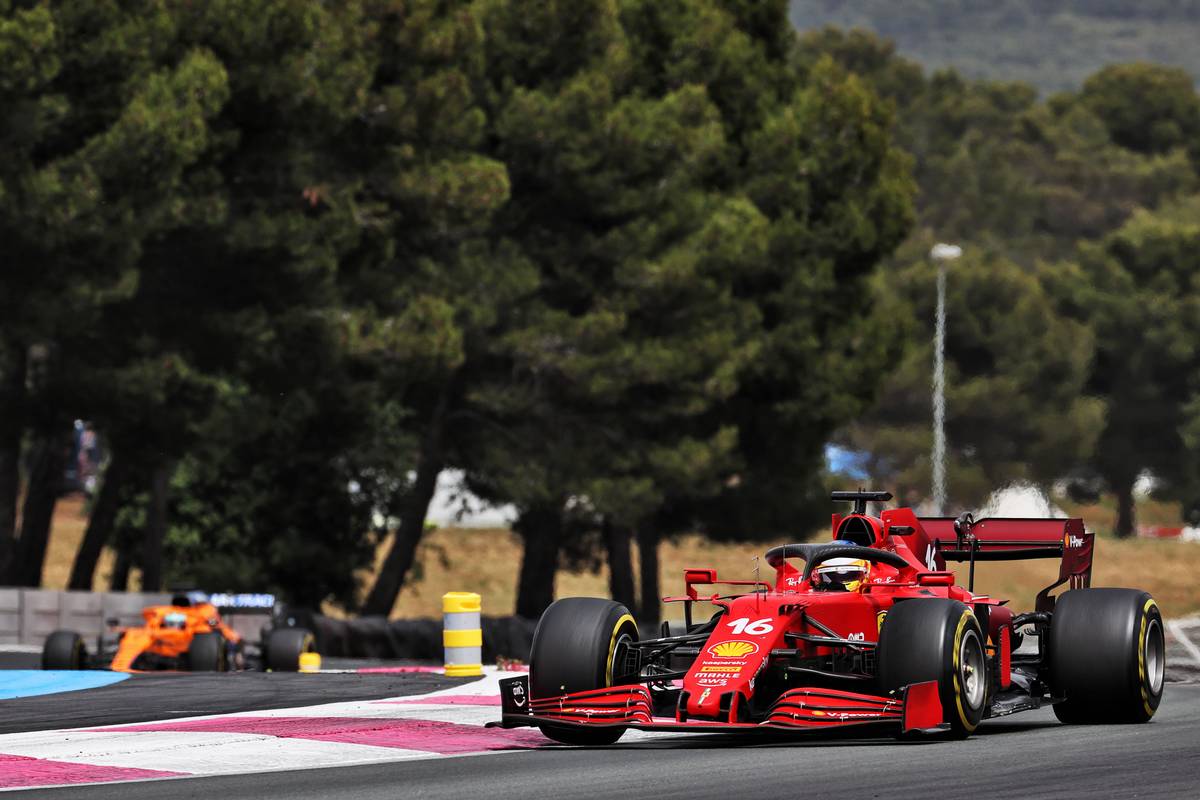 The Mercedes pit stop went to perfection - but even so it still wasn't good enough, and he came back out wheel-to-wheel with Verstappen. Despite making every effort he couldn't defend the position into the first corner and had to cede the place. Not that Hamilton was content to sit back and accept the outcome, and he was immediately on the back of Verstappen even as Bottas closed up on them both. All three were gaining on the yet-to-stop Perez who had taken over the race lead but who was badly losing out on time. The only other driver to have started on mediums who still to stop was Norris who was up to fifth, but he was now half a minute off the race leader.

Perez finally made his stop on lap 25 to pick up a new set of the hard compound, dropping him back to fourth. Norris came in on the same line, and plummeted to 13th behind Sainz and Gasly, with Ricciardo leading the mini-pack past the cars who had started on the hard tyres and were yet to stop including Giovinazzi and Ocon. Only the Aston Martins of Vettel and Stroll really seemed to be making the long first stint work, up to fifth and sixth at the halfway point of the race.

Ricciardo continued to make progress with a pass on Leclerc who was by now struggling badly on his ageing tyres and soon succumbing to Sainz and Norris. The Briton had already managed to put his fresher tyres to good use to force his way past Gasly at turn 8, a move that briefly attracted the attention of the race stewards but which saw no further action taken. Norris then took care of Sainz, putting him up to eighth and on the tail of Ricciardo. 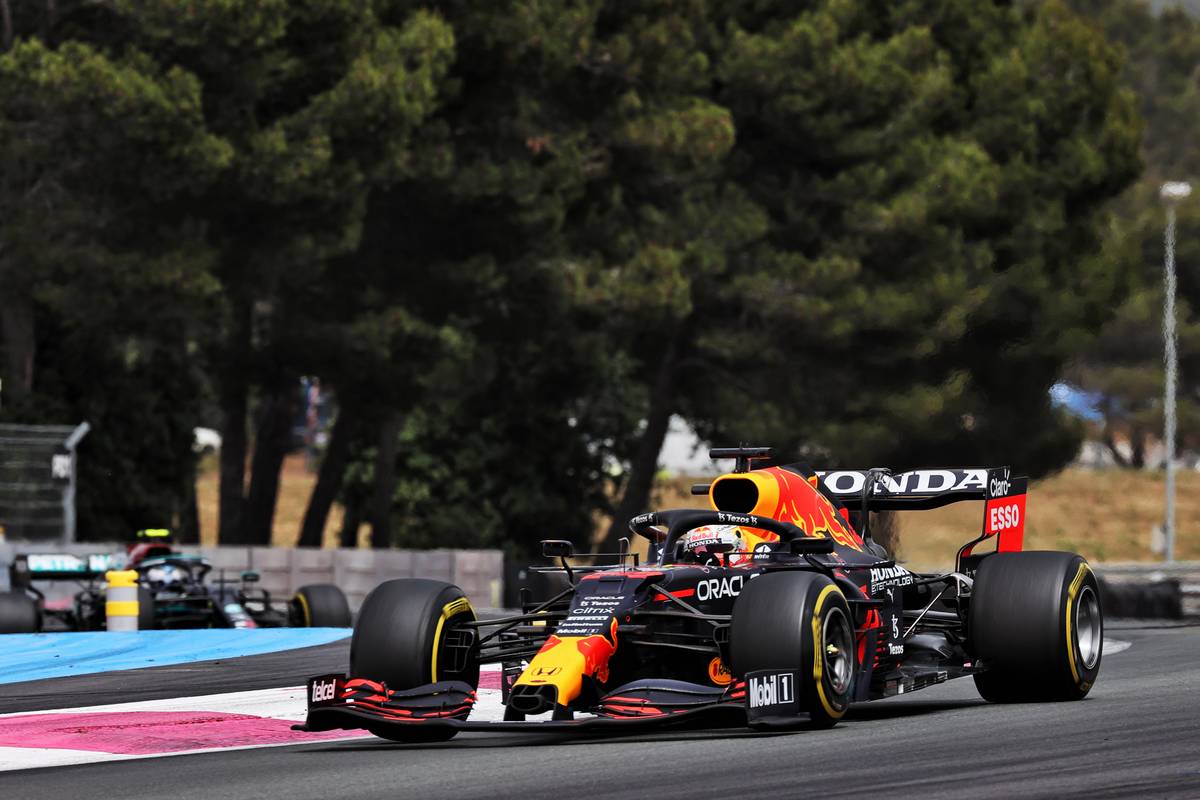 Verstappen was struggling to hold up under Hamilton's sustained pressure and told the Red Bull pit wall, "We cannot keep this up until the end of the race!" and that the tyres weren't going to make it to the end of the race. When told of this exchange by his race engineer, Hamilton's succinct response was: "I agree". Red Bull finally pulled the emergency cord on lap 33 and pitted Verstappen for a second time for a set of mediums, but Mercedes didn't blink in response and Hamilton retook the lead with Bottas three seconds back followed by Perez, Verstappen, Vettel and Stroll. Norris had succeeded in catching and passing his team mate (without too much resistance) for seventh; before he could catch Stroll, the Aston finally made its maiden pit stop of the race and came back out in 14th ahead of Ocon.

At the front, Verstappen immediately put his new tyres to good use. He was waved past by Perez and was catching Hamilton by around two seconds a lap. The world champion looked like a sitting duck, with everything now hinging on how wide Bottas could make his own car: "It depends on how easy it is for him to get past Valtteri", Hamilton's race engineer advised. Both Mercedes drivers were doubtful about making it to the finish on the current tyres but by now it was too late to change direction. Not that Red Bull was having things all their own way, with Verstappen proving almost inaudible over the team radio which hampered strategy discussions as his medium tyres started to lose their performance advantage.

Bottas did all he could to hold off Verstappen but on lap 45 the dam broke and he swept past the struggling Finn at turn 1 to seize second place. Bottas was not happy: "Why does no one listen to me when I say it's going to be a two stopper?" he complained over the team radio. Meanwhile Verstappen still had five seconds to make up to Hamilton, even though it was looking like a done deal as the final laps counted down. Mercedes briefly flirted with the idea of pitting Bottas but decided instead to leave him out, but he was unable to stop Perez passing him for third place on lap 49, used DRS to get close before edging past the Mercedes just after the chicane. 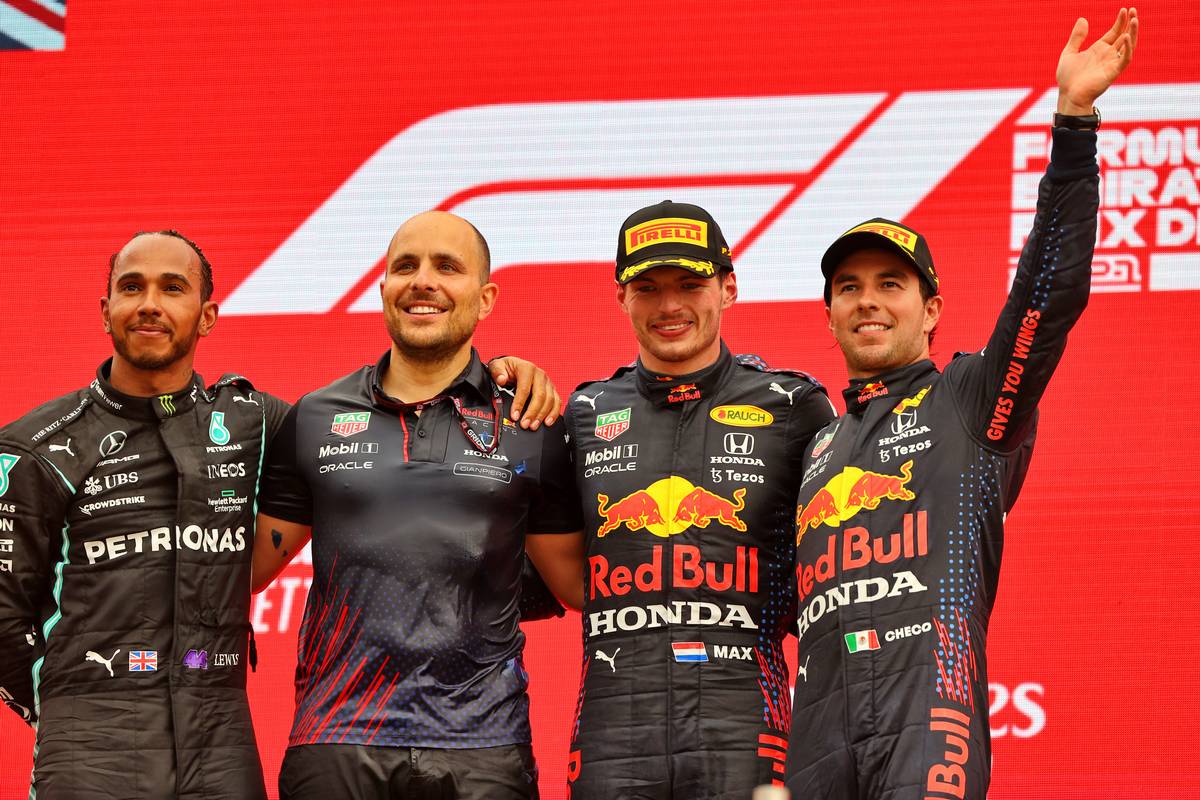 With one and a half laps to go, Verstappen made his move down the inside of the chicane and Hamilton had to concede the position. Verstappen duly pulled away to claim victory, with Hamilton holding on to second place ahead of Perez and Bottas. The two McLarens were best of the rest in fifth and sixth ahead of Gasly. Having played the long game, Alonso picking up sixth over Aston pair Vettel and Stroll who had made their long first stint pay off with a double points finish.

It meant that Ferrari missed out, Sainz crossing the line in 11th ahead of Russell who had recovered from a poor first half to finish ahead of Tsunoda, Ocon, Giovinazzi, Leclerc, Raikkonen and Latifi, while Schumacher managed to get back around Mazepin in a race without any retirements. 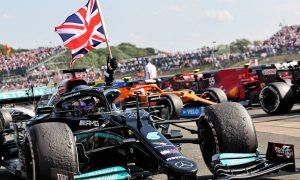 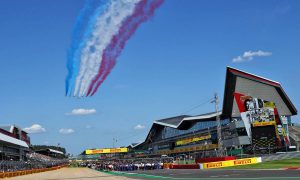