Sebastian Vettel has been handed a three place grid penalty for impeding Fernando Alonso during Saturday's qualifying session for the Austrian Grand Prix at the Red Bull Ring.

The incident occurred at the end of the second round of qualifying as cars backed up heading into the final corner, seeking clear track position heading into their final push lap.

“We agreed yesterday that we slow down on the straight between 8 and 9," Vettel told the media after the end of the session.

"I’m slowing down, everybody jumping the queue and they all slow down between 9 and 10 where we agreed not to slow down. So if I get a penalty we should all get a penalty."

However Vettel was deemed to have blocked Alonso, denying the Spaniard from completing his final lap. As a result Alonso missed the cut and failed to make it through to Q3, meaning he will start the race from 14th place.

"Alonso was on his fast lap just before the end of Q2," explained a statement from the stewards. "When he approached the last two corners (9 and 10), there was still a queue of 3 cars preparing for their final qualifying lap.

"Vettel was the last car in this line and impeded Alonso and as a result, Alonso had to abort his final qualifying lap," they concluded after talking with Vettel and Alonso as well as team representatives from Aston Martin and Alpine, and also reviewing video evidence

Vettel did manage to progress to Q3 and went on to qualify in eighth place. But the penalty means he will now drop down to 11th place on the grid for Sunday's start.

The four-time former champion, who turned 34 today, was also given one penalty point on his F1 superlicence, bringing his tally over the last 12 months to six. 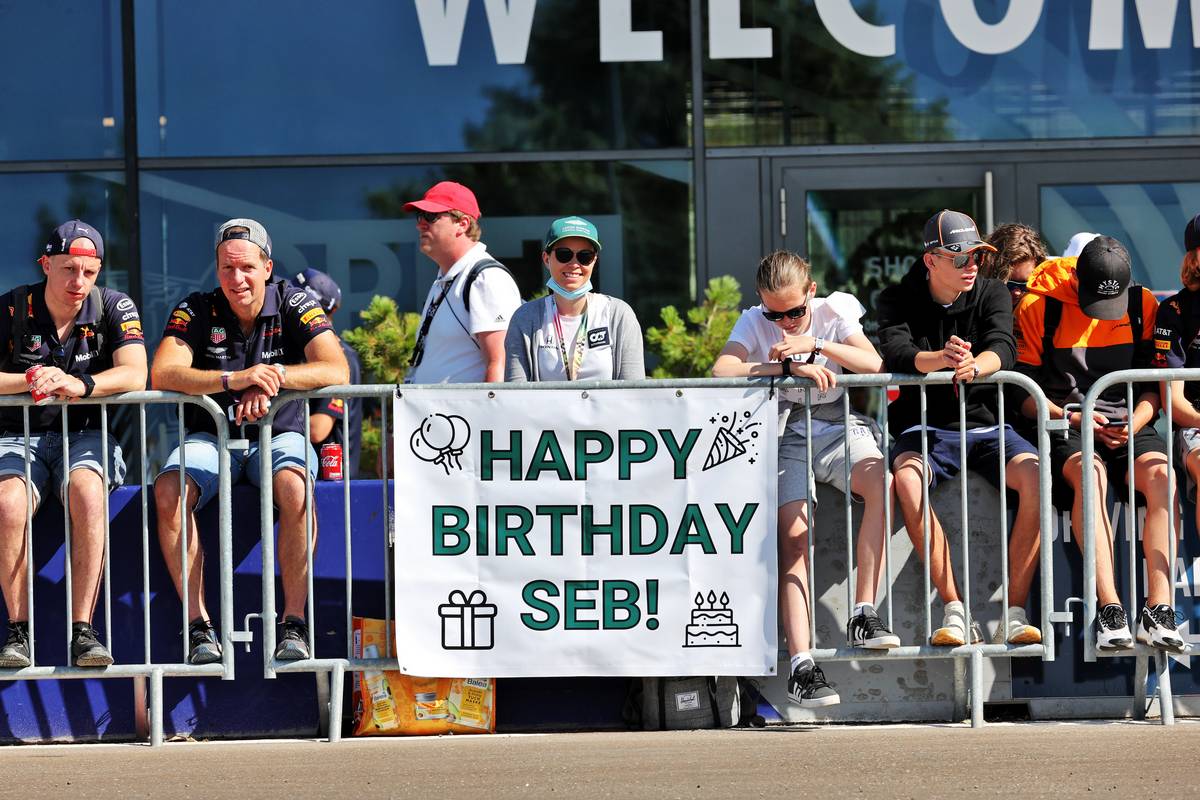 Williams George Russell gains a place as a result and will take over eighth on the grid, with Lance Stroll and Carlos Sainz also picking up a place apiece into ninth and tenth respectively.

Sainz had also been summoned to visit the stewards for his role in a separate incident at the end of Q2. Also appearing before the officials was Valtteri Bottas. However the stewards decided to take no further action against either driver

"At the end of Q2 Sainz slowed down at the entry of T9 to create a gap for his final lap," the stewards reported. "This is contrary to the Race Directors event notes 24.2a.

The report on Bottas reached the same finding and concluded that "no further action" would be taken against either driver.

Perez: Finding quali pace 'harder than you might think'