Daniel Ricciardo admitted to still finding it hard to extract from his McLaren car the "last few tenths" that would allow him to mix it up with the first half of the field in qualifying.

Ricciardo enjoyed an upswing in performance at Silverstone two weeks ago where he qualified P6, just one spot behind teammate Lando Norris.

But in Hungary, the Aussie found himself once again outside of the top-ten on Saturday, concluding qualifying P11 but almost four tenths of a second down on Norris.

"I knew after Silverstone there were no guarantees that we'd be automatically quick here. It's a very different track," Ricciardo told Sky F1. "But it's definitely a track I enjoy, so that normally counts for something.

"But it's when we really try and get those last few tenths out of it and lean on the car, it's hard. It's hard to kind of basically feel it and get what I'm after. 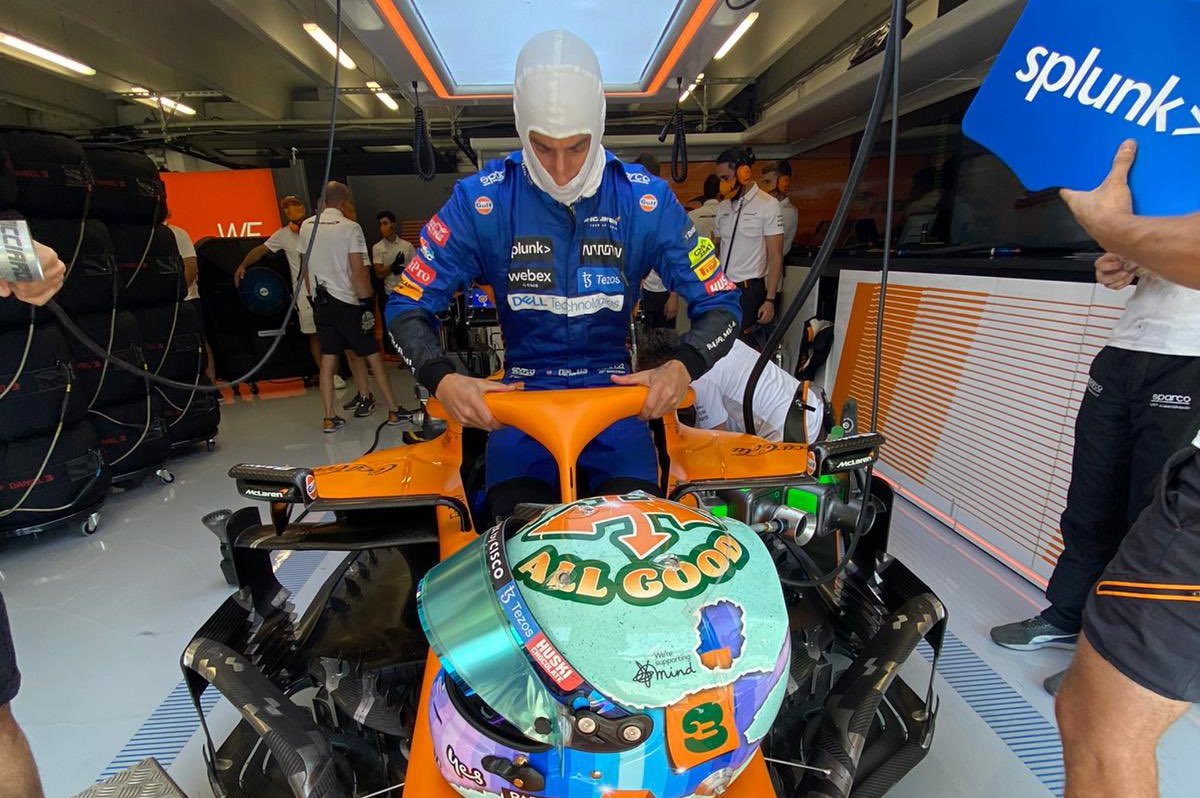 "I think the lap itself felt okay for what I had, but obviously okay isn't good enough. We just keep trying.

"Obviously we're approaching the summer break. I would have loved for it to have been a lot better by now, but it's proven tricky so we keep going."

Ricciardo has made every effort to adapt his style to a car that even Norris has admitted is a difficult proposition at times.

After struggling to get on top of the MCL35M's braking, which he feels he now masters, the Aussie is still fine-tuning his driving to his machine's turn-in characteristics.

"The braking actually now is in a pretty good place," explained the seven-time Grand Prix winner. "We made a good step a few races ago.

"It's a bit of everything. It's definitely a bit of style, like if I try to get the car to do what I want, it doesn't quite work with what I would usually do, so it's trying to adapt that style.

"Also on top of that, it kind of gives you a different feel and a different sensation. It all starts with turning and that kind of dictates the feel throughout the whole corner.

"Some corners I can get kind of comfortable with it, and others it's very challenging.

"We'll have a tyre choice tomorrow, hopefully that means something."