Lewis Hamilton believes there is all still to play for in this weekend's Belgian Grand Prix, and that the Mercedes will prove to be stronger in race trim on Sunday than it did in a rain-swept qualifying.

The treacherous conditions nearly caught out Hamilton and his team mate Valtteri Bottas and left them perilously close to being eliminated in the second round of Saturday afternoon's session.

But both men survived the test, and Hamilton went on to pick up third place on the grid for the Grand Prix - although it will have come as a shock to line up behind the Williams of George Russell in addition to his chief title rival Max Verstappen, who will be starting on pole.

"It's been a very difficult day for everyone. I just tried to stay positive, focused and calm," Hamilton told the media in parc ferme after the end of qualifying.

"I'm really grateful to the team for just keeping their cool during this session," he added.

"My first lap was really good, the second one I struggled a little bit," he conceded, adding that it had been difficult to find the ideal "balance of straight line speed versus mid-section downforce."

"I think we've tried to strike the best balance possible. Maybe it's not the best for today, we'll see tomorrow exactly how good it is," he added.

Hamilton acknowledged that "it's going to be tricky" if the weather remains as torrid as it was on Saturday. 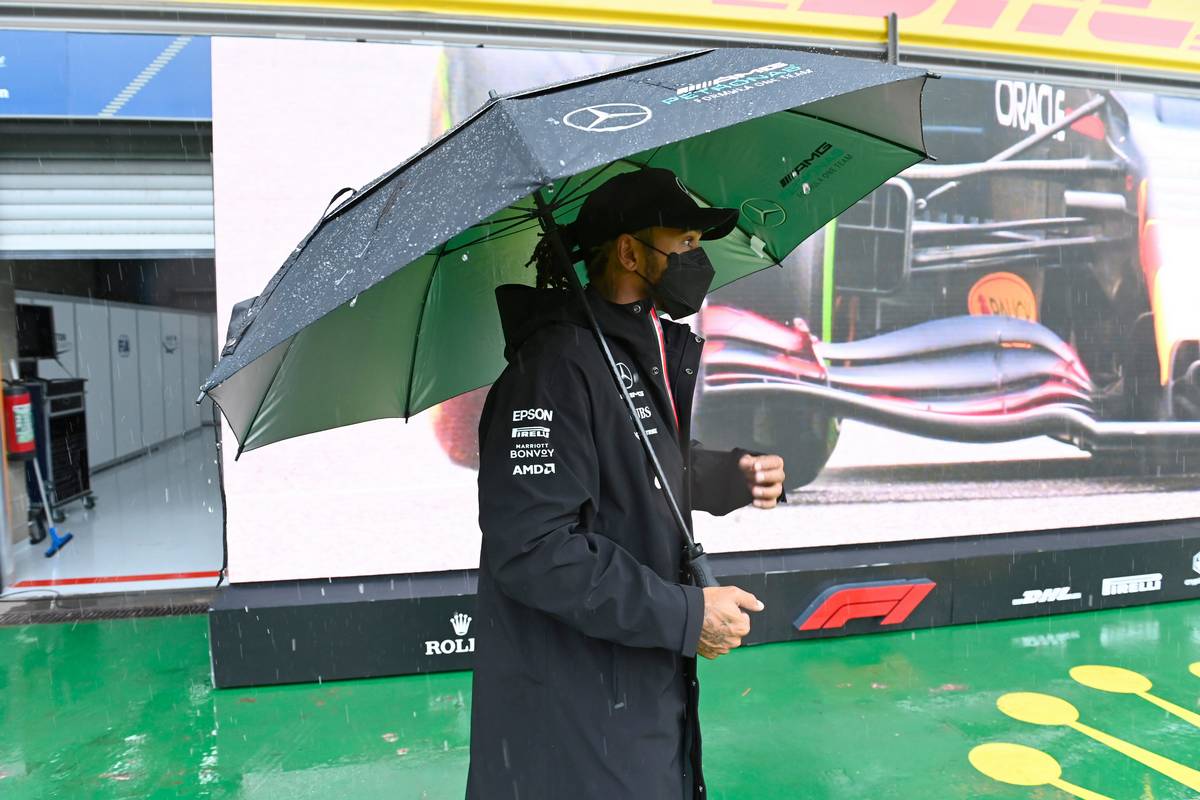 "I hope that it's not crazy rain like this, but interchangeable could be fun," he said. "Nonetheless, we'll do everything we can. As I said, tomorrow's another day."

"Everything is into play for the victory," Mercedes team principal Toto Wolff told Sky Sports F1. "We have a strong race car, we are more on the dry setup side, with good straight line speed.

"If the weather is like this we have a problem, but otherwise I think we should be good for the race win," he insisted, adding that Red Bull's advantage today was their higher downforce settings.

"I think it's downforce related. They have a bigger wing on the car which obviously gives you advantages in these conditions."

When it comes to tomorrow, for once Hamilton won't be able to rely on his 'wing man', team mate Valtteri Bottas, to help him out in the race. 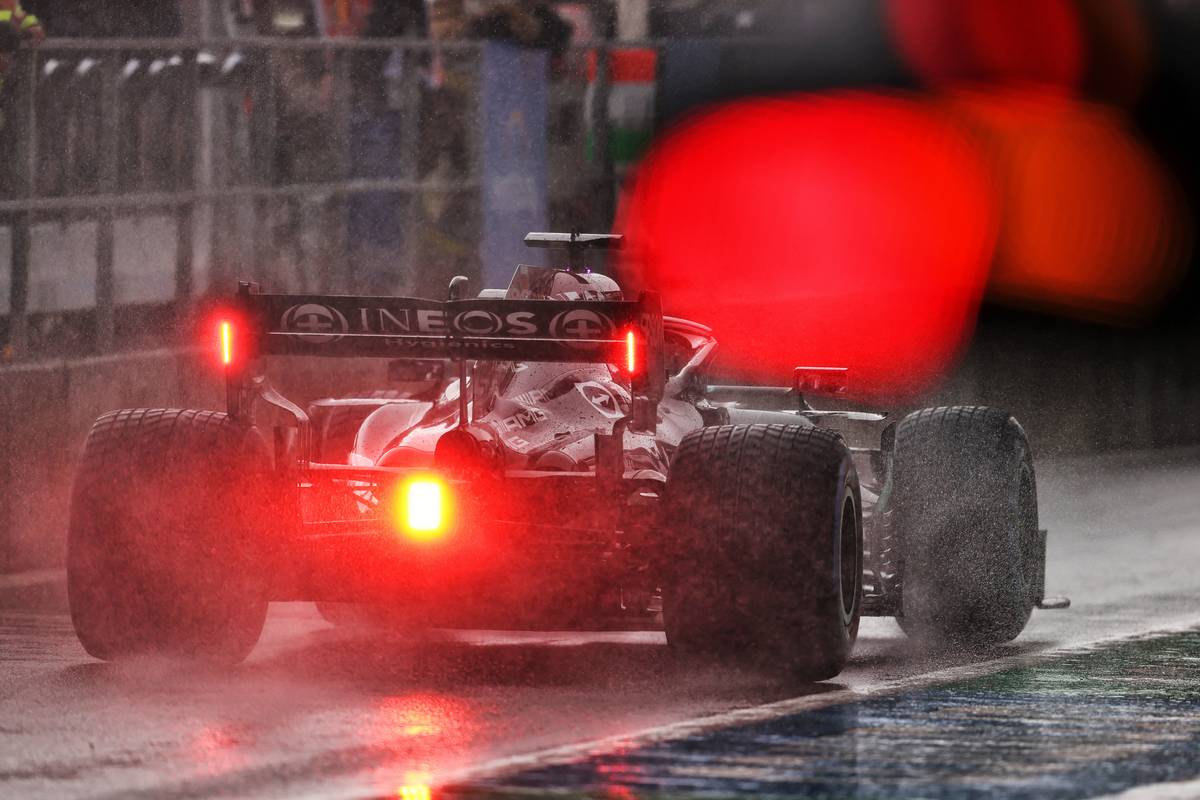 The Finn was only able to finish qualifying in eighth place - one place ahead of Sergio Perez - but has an additional five place grid penalty to serve for his part in the first lap chaos in Hungary.

"I don't really know what happened with Valtteri, but it's unfortunate because I have two Red Bulls not too far away."

But he was impressed by Russell's front row achievement today, and also praised Verstappen's pole performance.

"Well done to Max, he did a great job right at the end," he said. "Also a great job by George, that's fantastic.

'Buzzing' Russell felt he had nothing to lose in final run

Vettel believes Q3 'should not have started at all'