George Russell says Williams' small buffer in the Constructors' championship has lifted the pressure he previously felt during the opening laps of a race and enabled him to push himself more.

The British outfit's 2021 points tally in the championship was desperately blank until last summer's Hungarian Grand Prix where Nicholas Latifi and Russell delivered a massive ten-point haul in the eventful race, a feat repeated – somewhat luckily – at Spa where points were allocated on the basis of drivers' performance in qualifying.

While small, the margin has nevertheless allowed Russell to take a less cautionary approach to the opening laps of a race, and also overall, with positive results as was the case at the start in Austin where the Briton lined up last on the grid following an engine penalty.

"I think the pressure’s been lifted off my shoulders for a while now for these first laps," said the Briton. "I’m more confident to really attack it and go for it. P20 to P14 was a strong start for me today.

"In this position now where we are in the championship, we’ve got this small buffer that’s allowing me to go out there and really push the limits and I’m quite enjoying it, to be honest." 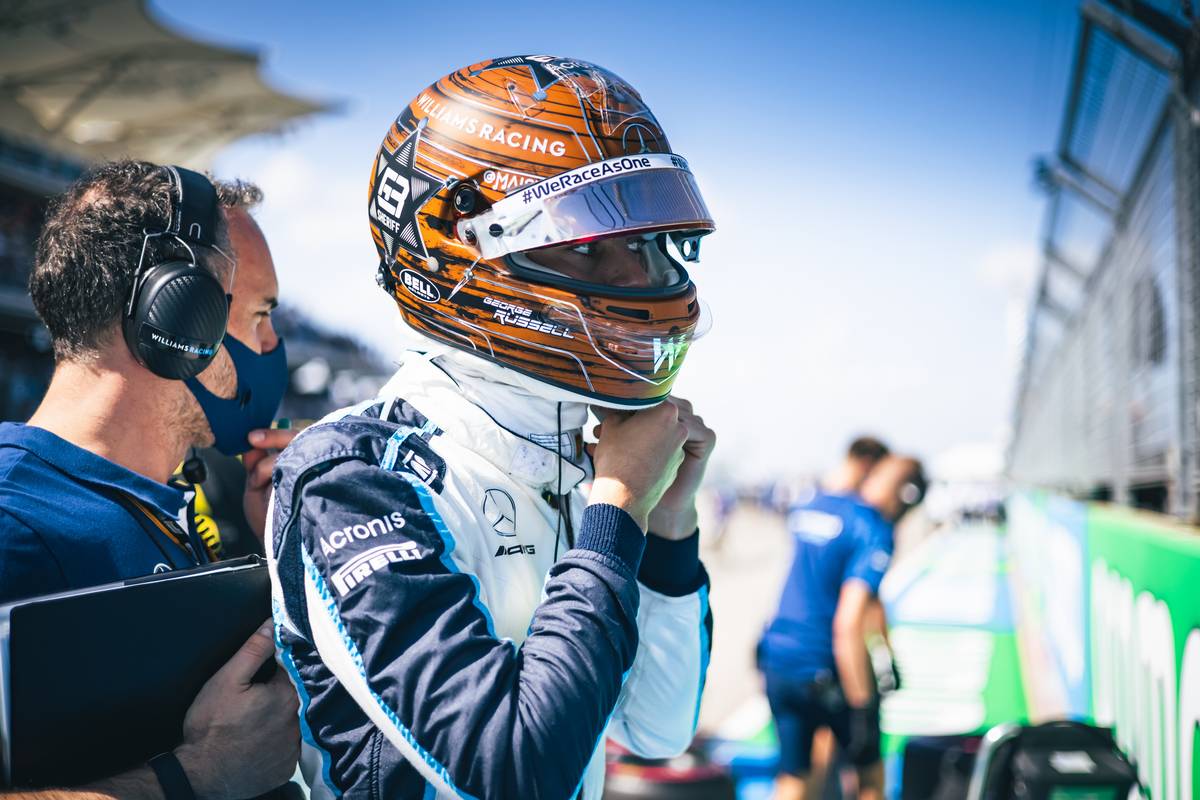 However, launching his race weekend with the bit between his teeth has led to a few more mistakes than usual.

"I’m not a driver who usually makes a huge amount of mistakes but I’ve wanted to push myself," justified Russell.

"That’s why we saw an off in FP3, we saw a little off in qualifying in Zandvoort. I’m just trying to really push the limit just to see if there is more in there in these last few races."

Unfortunately, due to his FW43B lacking grip overall, Russell was unable to capitalize on his strong start in the US Grand Prix.

"Just globally this weekend I struggled for pace," he said. "It’s a very strange circuit.

"I felt there wasn’t much adhesive grip from the Tarmac and I think all the drivers were sliding around a lot and we just didn’t optimise and made the most of it.

"I started last, made a good start, was 14th and just stayed there. Nothing gained, nothing lost. And obviously our rivals in Alfa didn’t score points.

"The downforce was really, really key this weekend," added the future Mercedes driver.

"It was one of those races where the rich got richer and the poor got poorer. We know where we are with downforce, we’re not up there with the top guys. So I think that’s why we struggled."