McLaren driver Daniel Ricciardo has admitted that he's still not perfected the driving style necessary to get the most out of the MCL35M this season.

The Australian moved to the team at the start of 2021 after two seasons at Renault. Initially he struggled for form and came off second-best to his new team mate Lando Norris.

But by mid-season he appeared to have hit his stride, and went on to pick up a memorable victory in the Italian Grand Prix at Monza - his first since he won the 2018 Monaco GP with Red Bull.

However his performances since then have been less impressive and he's ended up out of the points in three of his last four finishes, plus a retirement for chassis damage in Brazil.

His race in Qatar was hampered by the need to excessively save fuel due to a systems problem, which left him crossing the line in 12th place while Norris was ninth after suffering a late puncture.

It's meant that McLaren have now dropped a long way back from Ferrari in its battle for third place in the constructors standings with just two races remaining.

"Long and medium-speed corners are where our car is challenged the most,” Ricciardo told Motorsportweek.com this week. “That's where the McLaren style is the one and only style to get it through those corners quickly. 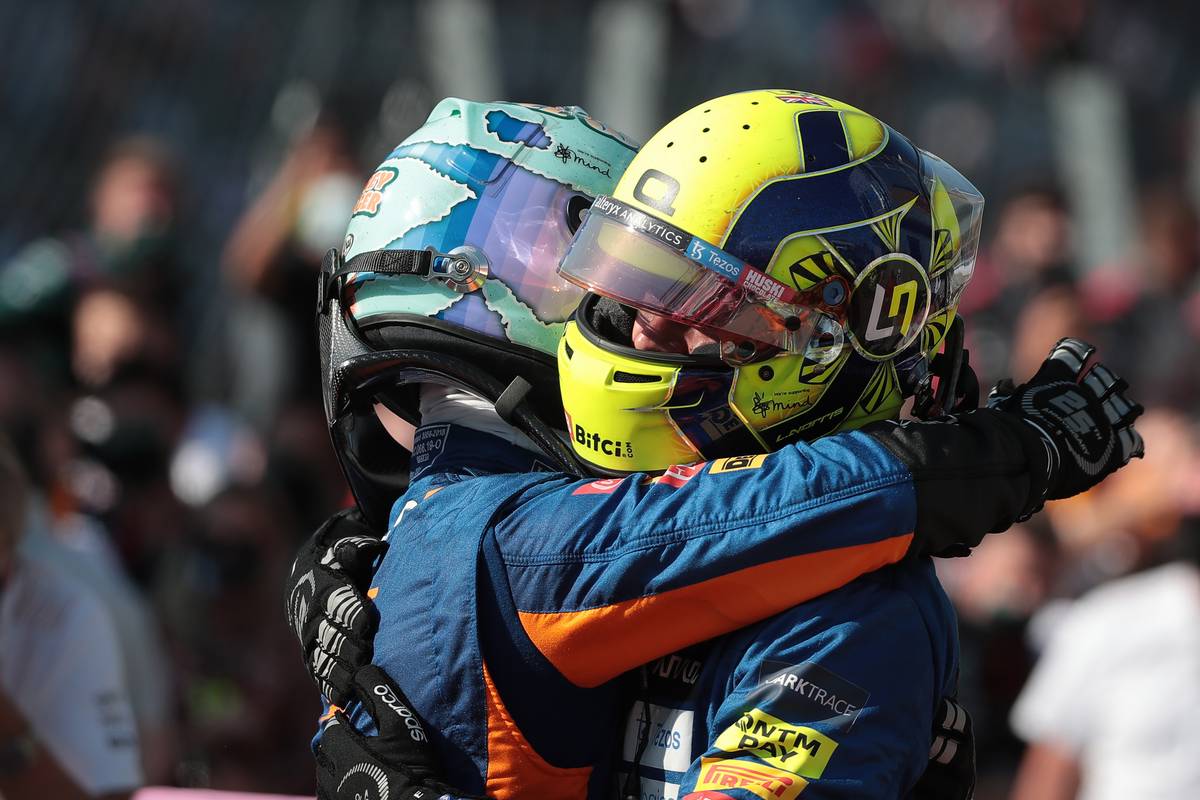 "Lando is definitely doing a better job in those corners. I am still not quite nailing it. It is the way you enter the corner and combine the brake with the turn in.

“I’m trying to get the car to do something, and it still turns, but it does not get through the corner as quick," he explained.

"It's just half a tenth, but half a tenth in these long corners add up to three or four tenths so it's really just that.

“It is definitely a weakness of the car," he stressed. "But ultimately still the weakness of me not being able to get the car working well in limited areas.

Ricciardo praised Norris' driving this year and said it was in part due to the youngster's greater experience with the demanding McLaren style of driving.

"I think Lando is driving very well. Any questions about him he has proved to everyone this year that he is top-level," he said. “But also having the three years with the same car has helped him dial that in.

“I can see the difference in the driving, and why I am running into some of these problems,” said Ricciardo. “If it was easy, I would’ve perfected it already.

“I definitely think I’ve improved my style from the beginning of the year. but there’s clearly yet another step to make in and some of the sorts of tracks where he is more on top of it than I am.”

Norris is currently in fifth place in the drivers championship on 153 points after the four Mercedes and Red Bull drivers, while Ricciardo is in eighth place on 105 points after 20 races with two more to go in 2021.