It's an arguable opinion and one that could be debated at length, but former F1 driver Jolyon Palmer says that he would have chosen Lando Norris over George Russell to fill Mercedes' second seat alongside Lewis Hamilton for 2022.

After a three-year apprenticeship at Williams, Russell has transferred to the Brackley squad for 2022 and beyond, with the Briton perceived as Hamilton's natural heir at Mercedes.

However, Norris' strong 2021 campaign with McLaren and the young talent's remarkable display in last September's Russian Grand Prix would have swayed Palmer's choice in favour of the 22-year-old.

Debating the merits of F1's class of 2021 on the BBC's F1: Chequered Flag podcast, the broadcaster's F1 commentator Jack Nicholls stated: "If I’m Mercedes and I have a free choice in that second seat alongside Hamilton, I think I’m picking Norris over Russell after this year." 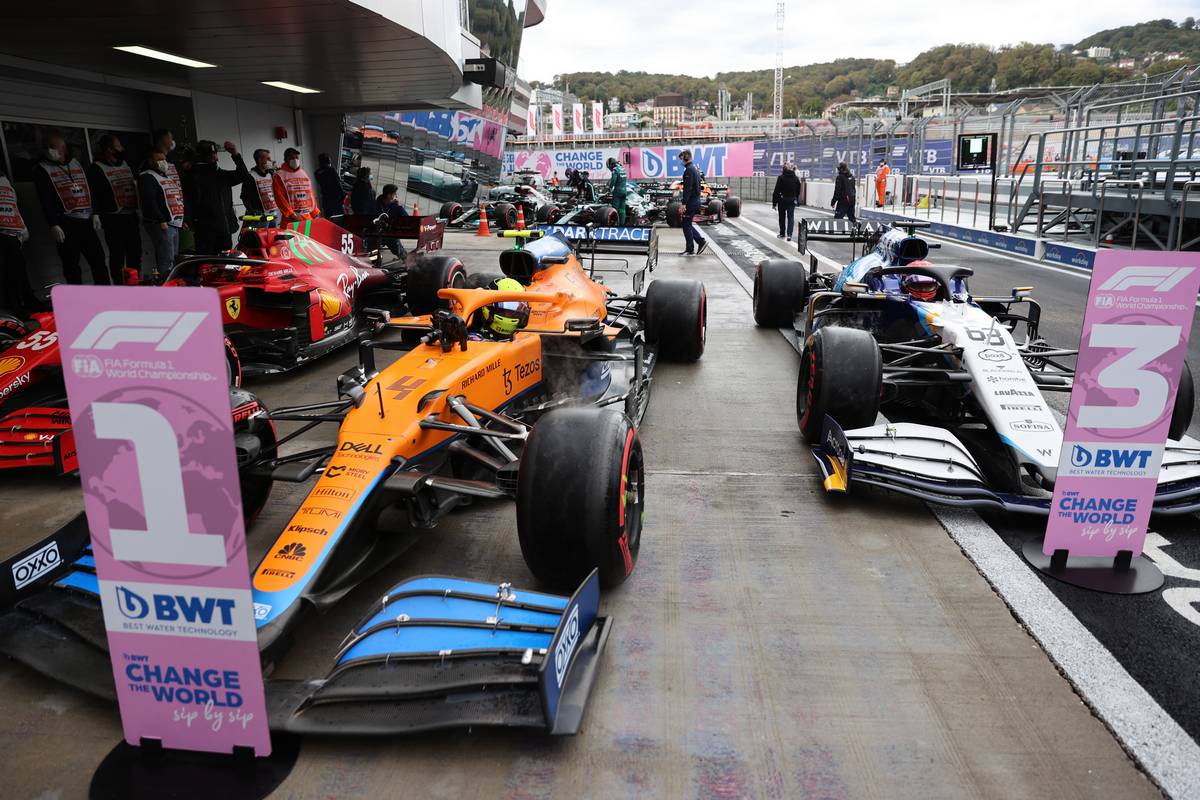 And Palmer agreed with his colleague's view.

"I’m going with Jack on it, I’m going with Lando," said the former Renault F1 driver. "The way that he held off Lewis Hamilton at the end of that Sochi race until the strategy and the tyre choice got away from him, was unbelievable.

"For a guy that has never won a race, to have a seven-time World Champion breathing down his neck in a Mercedes…

"Then it starts raining, and he’s still off the road a couple of times, scrabbling around, but keeping Hamilton - we all know how good he is in the wet - behind him.

"It was really legendary stuff I think from Norris."

However, as he cherry-picked his standout moments of 2021 for Formula1.com, Palmer highlighted Russel's stunning performance in qualifying at a sodden Spa, where the Williams driver had secured a spot on the front row alongside Max Verstappen, alas, only for the race to be washed out the next day.

"The Williams wasn’t a bad car in the wet in Belgium, but it never should have been able to split the title contenders on the grid – Russell out-qualifying everyone bar 2021 champion Verstappen, himself a supremo in wet conditions," wrote Palmer.

"If a podium was ever going to be awarded for qualifying brilliance, then this was it – and so it was the case when the rain never abated on Sunday.

"A tough day for the fans, but a great day for George and Williams."

Red Bull: New Honda unit not yet on par with 2021 engine