Mercedes driver George Russell says he once risked being permanently cast aside by Mercedes when he refused the German manufacturer's support during his formative years in motorsport.

Russell will take his F1 career to the next level this season as a member of Mercedes' championship winning squad, a just reward for his impressive three-year apprenticeship with Williams.

But the 23-year-old could have followed a very different path to the summit or indeed could have been side-tracked altogether by a dicey call once made by the Briton.

In early 2015, Russell was approached by Mercedes motorsport boss Toto Wolff in the wake of his winning campaign in the 2014 British Formula 4 title, with the Austrian offering the young gun sponsorship and Mercedes support to race in the European Formula 3 Championship.

However, Russell respectively turned down the offer, and put his faith instead in Carlin and Volkswagen. 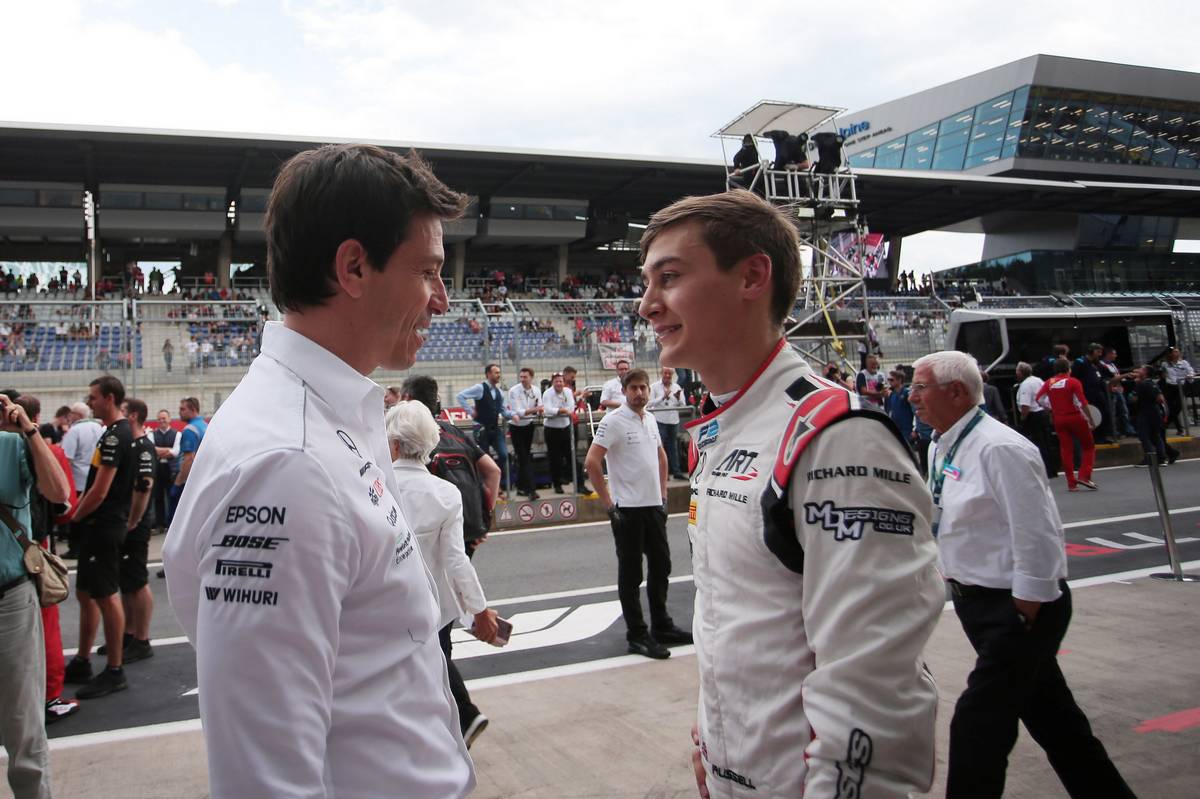 "I was already having conversations with Toto and Mercedes prior to joining Carlin and Volkswagen," he recalled, speaking on Motor Sport’s ‘My Big Break’ podcast.

"After my meeting with Toto at the start of 2015, I sent him an email just to say, ‘I really appreciate the meeting and thanks for all of your advice etc. Just to let you know, I’ll actually be joining Carlin and Volkswagen as opposed to Mücke Motorsport and Mercedes because I believe it’s better for my career’.

"And I had the opinion that if I went out and did a good job, Mercedes would still be interested.

"So he replied back, ‘I think you’re making a wrong decision but let’s stay in touch and let’s see where we go from there'."

However, Mercedes wasn't the only manufacturer that tried to lure Russell into its young driver program, with BMW offering the then 17-year-old a decent contract to race in the German DTM series.

But then, Gwen Lagrue, the man in charge of Mercedes' junior driver program, came calling.

"I had the contract on the table from BMW almost ready to sign it, and that’s when I got the phone call from Gwen Lagrue," remembered Russell.

"I was sat in the bath, actually. He was saying, ‘I want to have a conversation about joining Mercedes’. And that’s where it all started, really.

"It was absolutely clear from Mercedes-Benz if you signed with BMW, there won’t be an option with Mercedes in the future."

Russell switched his allegiance to Mercedes in 2017 and won back-to-back titles in GP3 and Formula 2 before graduating to F1 with Williams in 2019.

And the rest, as they say, is history…